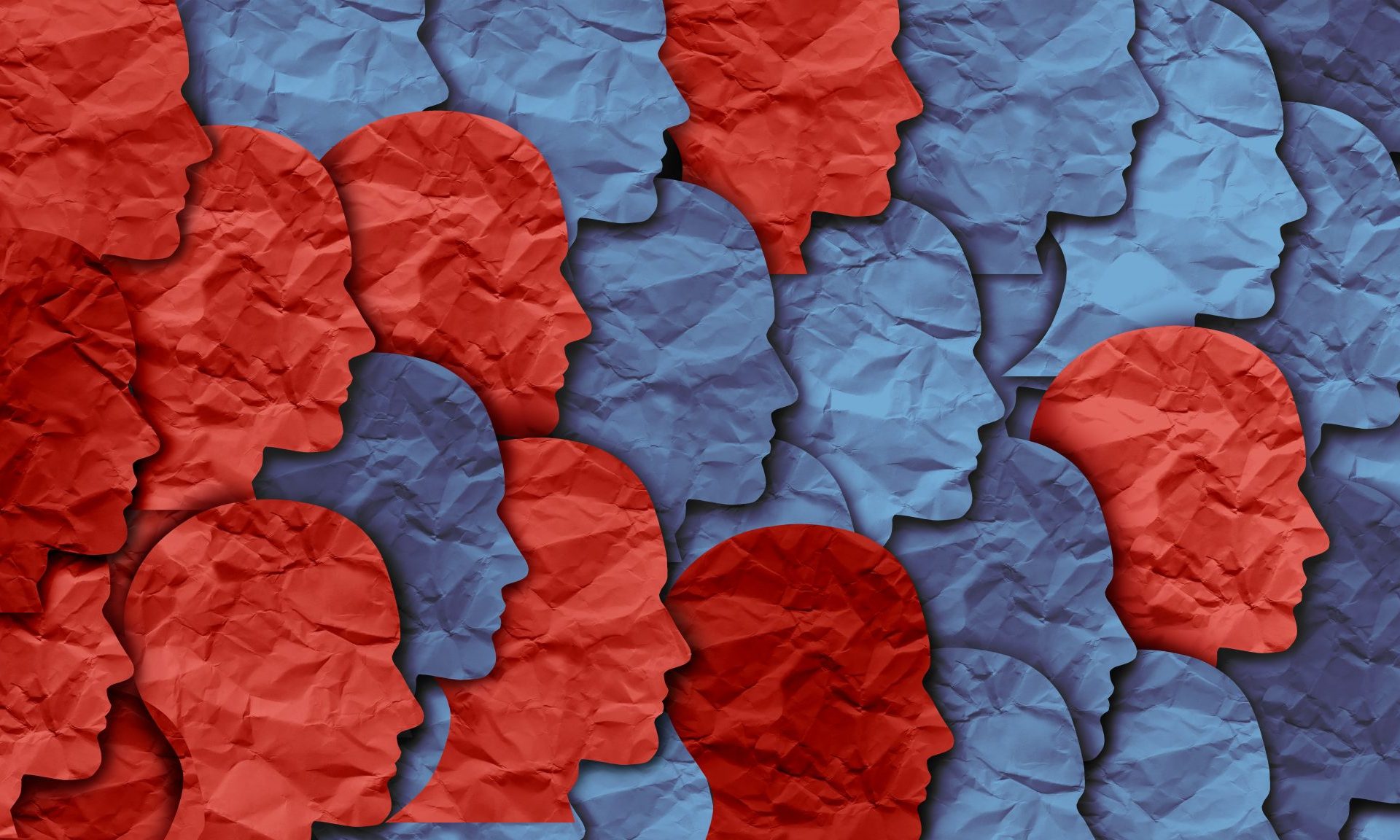 Community viral spread and spreading disease with a group of infected people as infectious contagious virus expanding in society in a 3D illustration style.

Alabama Senate Pro Tem Del Marsh, R-Anniston, on Thursday caused an uproar when he told a reporter that he’d like to see more Alabamians get infected with COVID-19 so that we could “start reaching an immunity.”

Marsh, a member of Gov. Kay Ivey’s COVID-19 task force, was speaking to a CBS 42 reporter about what’s called herd immunity, which means a percentage of a population gets a disease, gets over it and then has an immunity that prevents them from getting it again for a period of time.

Marsh’s suggestion that herd immunity may be the best, if not the only strategy, for dealing with COVID-19 is not new. It’s been a topic of discussion since the early days of the pandemic. Some countries have even attempted it. But the science behind such a strategy is still in question, and what evidence is available suggests it may be hard if not impossible to achieve.

Reaching herd immunity essentially means that a population is generally protected from the worst of a disease because enough people have immunity. That can be achieved either through a vaccine or by allowing the virus to run its course until enough people have been infected. With more people infected and recovered, and with the assumption that fewer are susceptible to reinfection, transmission of the virus would slow significantly — only because there are fewer people to become infected.

Without a vaccine, herd immunity as a strategy would basically mean giving up on trying to contain the virus.

The topic of herd immunity has been brought up throughout the COVID-19 pandemic, but public health experts and scientists are quick to say they don’t yet fully understand the true strength of acquired immunity, and there have been some cases of people becoming infected with the virus more than once.

But that doesn’t stop some from arguing perhaps we should give herd immunity a try. Sweden did, and it went terribly, as Alabama’s State Health Officer Dr. Scott Harris told a reporter when asked about the Alabama lawmaker’s statements on herd immunity.

Marsh followed his original statement with a caveat about protecting those with pre-existing conditions and the elderly, yet it’s not clear how an open society bent on getting as many younger people infected as possible would do such a thing.

“I’m not as concerned so much as the number of cases, in fact, quite honestly, I want to see more people because we start reaching an immunity as more people have it and get through it,” Marsh said to CBS 42’s Reshad Hudson on Thursday. “I don’t want any deaths, as few as possible. I get it. So those people who are susceptible to the disease, especially those with pre-existing conditions, elderly population, those folks we need to do all we can to protect them.”

In Sweden, where officials initially allowed the virus to run its course, they were not able to protect more vulnerable populations from infection despite efforts to do so. Vulnerable populations do not live in a vacuum, and despite their best efforts to limit exposure, long-term care facilities still have some contact with the outside world.

Lawmaker suggests more should become infected with COVID-19
The leader of Alabama's State Senate suggested to a reporter that he'd actually like to see more people become infected to build the state's overall immunity to the virus, a claim that would require thousands more deaths to become a reality.

It didn’t take long after Hudson tweeted out a video of Marsh’s statements for the backlash to set in. When asked by a CBS 42 reporter for his thoughts on herd immunity as a solution, Harris, the state health officer, said it would lead to many more unnecessary deaths.

“There is absolutely no reason to think at this point that getting infected will give you any degree of immunity. We simply don’t know that,” Harris said, pointing to the fact that scientists have not reliably determined how long immunity lasts or how strong it is.


“We’ve looked at countries like Sweden, who have tried to actually generate herd immunity among their population, and it’s been disastrous. They’ve had increased numbers of deaths much higher than their neighbors, in trying to keep their economy open. It does not work well at all,” Harris said.

Marsh tried to walk back his controversial statement the next day — sort of — but he still landed back on herd immunity as an avenue Alabama might take.

“It was a poor choice of words on my end, but ultimately what I was trying to say, and people can look at it, there are very few choices we have,” Marsh told WSFA on Friday.  “Ultimately if there’s no vaccine, herd immunity is the only one I can think of that’s eventually going to take place.”

In Sweden, where they gave herd immunity a shot, deaths in the country have been eight times higher than in neighboring Denmark and 19 times higher than in Norway, according to The Washington Post. One study found that after months of infections and deaths, less than 10 percent of the population had developed antibodies.

In Denmark and Norway, along with most of the European Union, many restrictions have been lifted because governments there have been able to get the virus under control using testing and contact-tracing.

In Spain, one of the hardest-hit countries in Europe, just 5 percent of people had developed antibodies, according to another study in the journal Lancet. That means that at least 95 percent of the Spanish population would still be susceptible to the virus despite the country recording 28,000 deaths and 250,000 cases.

The science of herd immunity in a virus as new as COVID-19 is murky, because researchers still don’t know important details about how the coronavirus behaves, and every geographic location is different, with varying cultures and health outcomes, but since Marsh threw it out there, let’s see what getting to herd immunity would look like in Alabama.

Dr. Michael Saag, an infectious disease expert at UAB and prominent HIV/AIDs researcher, told APR in May that to get the epidemic under control we’ll need at least 70 percent of the population to have immunity. Epidemiologists have estimated that between 60 percent to 80 percent of a population would need immunity before “herd immunity” is reached, and the virus can no longer spread widely in that community.

In Alabama, that would mean 3,340,000 people in total would have to become infected, and at our current approximate death rate of 2.2 percent, that would mean 75,460 Alabamians would likely die in the process. But 1,077 people have already died in Alabama from COVID-19, so to get to a theoretical herd immunity, 74,383 more people in the state would likely die from the virus. The death rate could spike if more infections happen at once, overwhelming the state’s health system.


Black people would likely continue to die in greater numbers per capita than white people. Although Black people make up just 27 percent of Alabama’s population, they make up 44 percent of all COVID-19 deaths.

It’s important to note that none of these estimates are reliable because researchers still don’t know for certain how long a person is immune after recovering from the virus — and how strong that immunity is. It’s also not clear how accurate or precise antibody tests are.


Columbia University virologist Dr. Angela Rasmussen told The New York Times that the “magical number of 60 percent for herd immunity” assumes that everyone infected has complete protection from a second infection.

“But what about people with partial protection?” she asked. “They may not get sick, but they can get infected and pass it along.”

The recent study in Spain published in The Lancet found that herd immunity with COVID-19 may be unachievable. The study, which looked at more than 61,000 people, found that 14 percent of those who tested positive for coronavirus antibodies, which means they had the virus and recovered, no longer tested positive for the antibodies in subsequent tests weeks later.

“Immunity can be incomplete, it can be transitory, it can last for just a short time and then disappear,” said Raquel Yotti, the director of Spain’s Carlos III Health Institute and one of the authors of the study, according to Reuters.