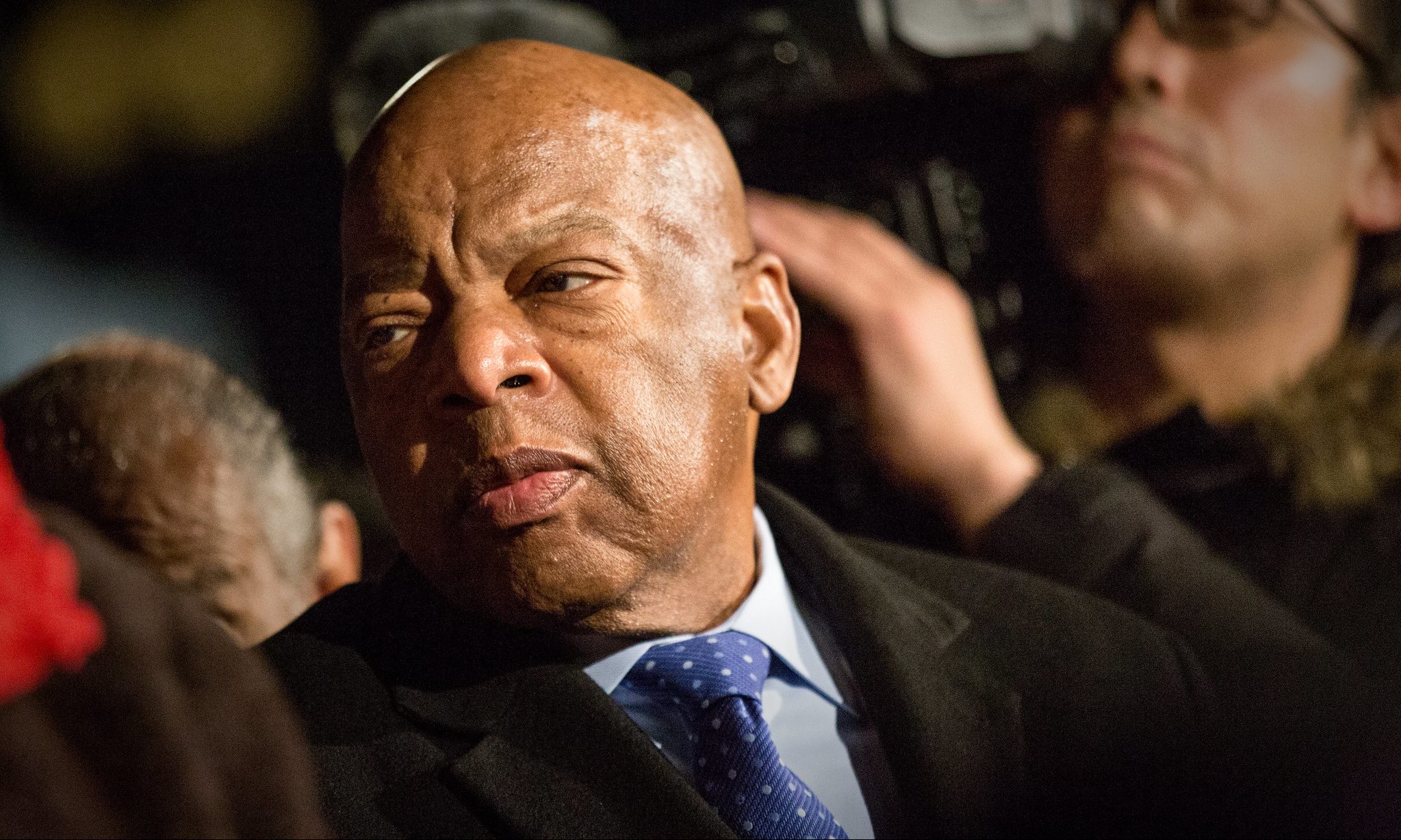 Congresswoman Terri Sewell, D-Selma, mourned the passing of her friend, colleague and mentor.

“My heart breaks for the passing of my dear friend and mentor Congressman John Lewis, but my spirit soars for an angel walked among us and we were all touched by his greatness. He forever changed Selma and this nation,” Sewell said. “May we finish his life’s work and restore the Voting Rights Act.”

“Congressman John Lewis was a beacon of light, hope and inspiration throughout his life,” Sewell continued. ”To be in his presence was to experience love, whole-hearted and without exception. Though he was so often met with hatred, violence and racial terrorism, it never permeated his being. He remained until his passing a faithful servant-leader, whose righteousness, kindness and vision for a more equitable future inspired all who were blessed to know him. I am honored to have been able to call him a mentor and colleague and, above all, a friend.”

Lewis grew up on a farm outside of Troy, where his family were sharecroppers. At 21, he became a Freedom Rider. At 23, he was the youngest speaker at the 1963 March on Washington. He was a close colleague of Dr. Martin Luther King Jr. in the Civil Rights Movement. King affectionately referred to him as “the boy from Troy.”

Lewis and the Southern Christian Leadership Conference’s Hosea Williams organized the first Selma to Montgomery voting rights march. Then-Alabama Gov. George Wallace ordered the then all-white Alabama State Troopers to stop Lewis and about 600 marchers. On March 7, 1965, the State Troopers, local law enforcement and hundreds of white citizen volunteers attacked Lewis and the other voting rights marchers when they attempted to cross the Edmund Pettus Bridge in Selma.

Lewis was among the many marchers beaten that day. The event is remembered as “Bloody Sunday.”

“On Bloody Sunday in 1965, John was confronted by Alabama state troopers and their dogs, but he was determined to fight for equality and justice, putting his own life on the line in the service of others and a vision for a brighter future,” Sewell said. “So many times did John cross bridges, insisting that our nation live up to the promises enshrined in our constitution. As he always said, he gave a little blood on Selma bridge, but he also bridged the gaps that so often divide our political parties, working every day for a more just America.”

“John believed firmly that the best days of our nation lie ahead of us,” Sewell concluded. “It is his unwavering optimism that I will continue to call upon in moments of challenge and hardship. While John has left this earth, his legacy fighting for equality and justice lives on. I hope that our nation – and our leaders – will unite behind the cause most dear to John: voting rights. We must restore the Voting Rights Act of 1965 to its full strength so that every American – regardless of color – is able to make their voice heard at the ballot box. John, the ‘boy from Troy,’ was the conscience of the Congress. He will be dearly missed.”

“John Lewis was an American treasure,” said Martin Luther King III in a statement. “He gave a voice to the voiceless, and he reminded each of us that the most powerful nonviolent tool is the vote. Our hearts feel empty without our friend, but we find comfort knowing that he is free at last.”

“Our country has lost one of its most beloved Civil Rights leaders,” said Alabama Gov. Kay Ivey. “I join my fellow Alabamians & the nation in mourning the death of Rep. John Lewis. He dedicated his life to serving his community & advocating for others. We’ll forever remember his heroism & his enduring legacy.”

Lewis announced that he had stage 4 pancreatic cancer in December.

He was absent at this year’s annual remembrance of Bloody Sunday in Selma on March 1. The annual Civil Rights Pilgrimage to Alabama had been led by Lewis every year until this one.

“Not many of us get to live to see our own legacy play out in such a meaningful, remarkable way,” former President Barack Obama wrote. “John Lewis did. And thanks to him, we now all have our marching orders — to keep believing in the possibility of remaking this country we love until it lives up to its full promise.”

Lewis was age 80. He was preceded in death by his wife, Lilian Miles Lewis, who died in 2012 after a long illness.