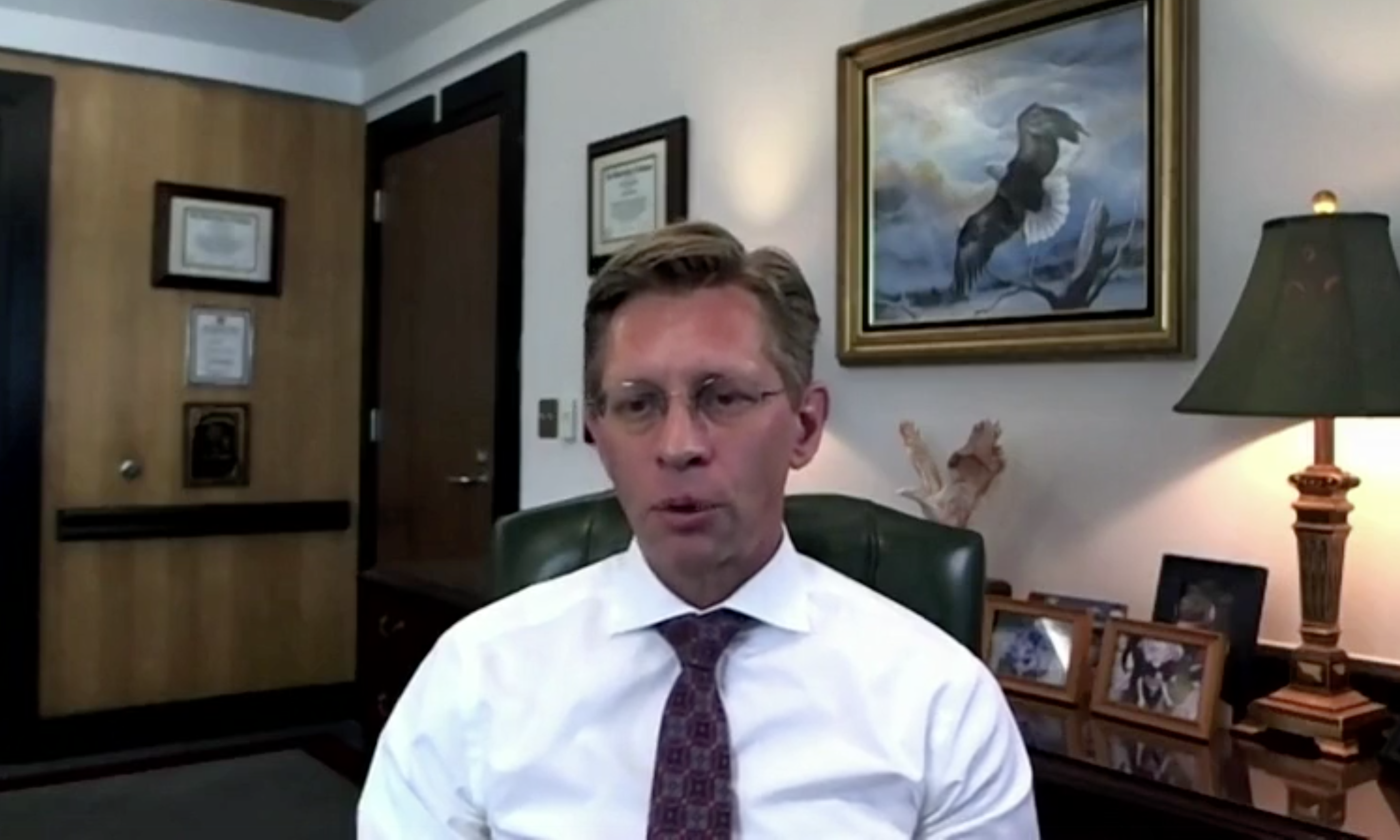 As much as 50 percent of Alabama’s public school students will be learning virtually when school starts back, said Alabama’s State Superintendent of Education Eric Mackey on Friday.

Mackey discussed the restart of school amid COVID-19 at a press briefing hosted by Sen. Doug Jones, D-Alabama, and said that while he prefers that students get back into classrooms as quickly as possible, there’s no intention to penalize a local school system for opting for virtual-only.

Some local school districts have decided to start school as early as Aug. 3, Mackey said, despite his request that districts push back the start of school to Aug. 20 or later amid growing COVID-19 cases.

State law gives the authority to local school boards to set the start date of the school year, Mackey said.

“We saw this coming eight weeks ago, but only about 20 of them took me up on that…As we see the numbers continuing to increase many of them are coming back to us,” Mackey said of districts reversing course and pushing back the start of school.

On face masks in schools, Mackey said he believes Gov. kay Ivey’s order for the public to wear face masks, which expires July 31, covers schools, and that he’s had discussions with Ivey, her staff and State Health Officer Dr. Scott Harris about what may come.

“I can’t be presumptive and say what they want to put into the next order,” Mackey said. “Obviously, I think everybody knows there will be a next order coming out to cover us from August 1 going forward.”

Sen. Jones asked what advice Mackey had for teachers who may be considering retirement instead of risking contracting COVID-19 in a classroom.

“They’re obviously scared. They’ve either got young children themselves, or they’re in a vulnerable bracket, and they are concerned about this virus,” Jones said.

Mackey said state Department of Education officials believe that “for most teachers, the vast majority of teachers” the precautions local school systems are taking “will protect them as much as we can.”

Mackey said he takes a risk going to a grocery store, but that he takes precautions by wearing masks and washing his hands.

“Same way with coming to school. I can’t say that it’s a 100 percent certainty that everybody’s gonna be safe, but we think that we can make it safer by imposing as much physical distancing as possible, by asking everyone to wear a face covering,” Mackey said.

“We’re hearing from teachers who are scared. We’re also hearing from dozens of teachers who say ‘look. I signed up for this. I want to be in the classroom with my children. Don’t take that opportunity away from me,’” Mackey said.

Mackey said for teachers who may have compromised immune systems the state Department of Education has recommended to local districts that they work to protect those teachers. Many districts are opting to have those teachers work with students remotely rather than in class.

Asked about funding requests for local school systems, Jones said he understands that Sen. Mitch McConnell, R-Kentucky, has made about $105 billion available in his version of the next package of coronavirus relief bills.

Jones said McConnell’s relief to schools would be similar to bills he’s proposed, but that it’s not yet clear what the next round of aid will look like.

“We have not actually seen Senator McConnell’s bill. He is still discussing it with his caucus, and with the White House,” Jones said.

Mackey said the state has received $100 million in coronavirus relief funds for digital devices for schools and $70 million for health and wellness grants for local districts.

A reporter asked Mackey what precautions school systems should take to keep student-athletes safe, and noted that although some schools have opted for virtual learning, highschool sports are to move forward regardless.

Mackey said that that is a local school board’s decision, but that he has regular discussions with the Alabama High School Athletic Association and public health officials.

“We have had discussions about football and volleyball, and we do have a lot of concerns,” Mackey said.

Mackey said his concerns, and many of his colleagues’ concerns, are “less for the student-athletes and more for the fans.”

Fans in gymnasiums and stands are going to be expected to wear masks and social distance, Mackey said, “and so we’re putting a lot of personal responsibility on fans to help us.”

Mackey noted that the Alabama High School Athletic Association has put out rules meant to protect students and staff, and that there’s nothing in state law that prohibits extracurricular activities for schools that opt to go with online-only learning.

Jones asked Mackey what might trigger a school with an active COVID-19 outbreak to transition to virtual learning, and Mackey said that neither the state Department of Education nor the Alabama Department of Public Health has a set percentage of infections that would prompt a school’s closure.

“What we anticipate is more of intermediate closures of particular parts of the schools,” Mackey said, adding that he met with Dr. Deborah Birx, a member of the White House COVID-19 task force, when she visited Alabama last week.

“And one of the things she talked about was, we just don’t know a lot of the answers to the school questions, and we’re going to have to answer some of those questions as we go through this Fall,” Mackey said.

President Donald Trump for weeks has pressed for fully open schools, and has even threatened to withhold federal funds from school systems that didn’t open classrooms to students.

In a partial reversal, Trump in a press conference on Thursday said schools in hotspots should delay open in person for weeks. Trump also said that he was recommending to the Senate that the $105 billion in federal aid to schools only go to schools that are reopening for in-person class.

For those schools that chose virtual-only leaning to start, the money should go directly to parents to pay for homeschooling or for private schools, Trump said.

Trump also announced new guidance for the reopening of schools from the Centers for Disease Control and Prevention.

Gone from the new guidance are the CDC’s mentioning that virtual-only learning presents less risk. Instead, the new guidance is heavy on the importance of reopening classes as quickly as possible and states that children generally fare better if infected, and aren’t thought to don’t transmit the virus as easily as older people.

“If there is substantial, uncontrolled transmission, schools should work closely with local health officials to make decisions on whether to maintain school operations,” the CDC’s recommendation states.

Trump earlier this month criticized the CDC’s previous school-reopening guidance, saying that it was “very tough and expensive.”