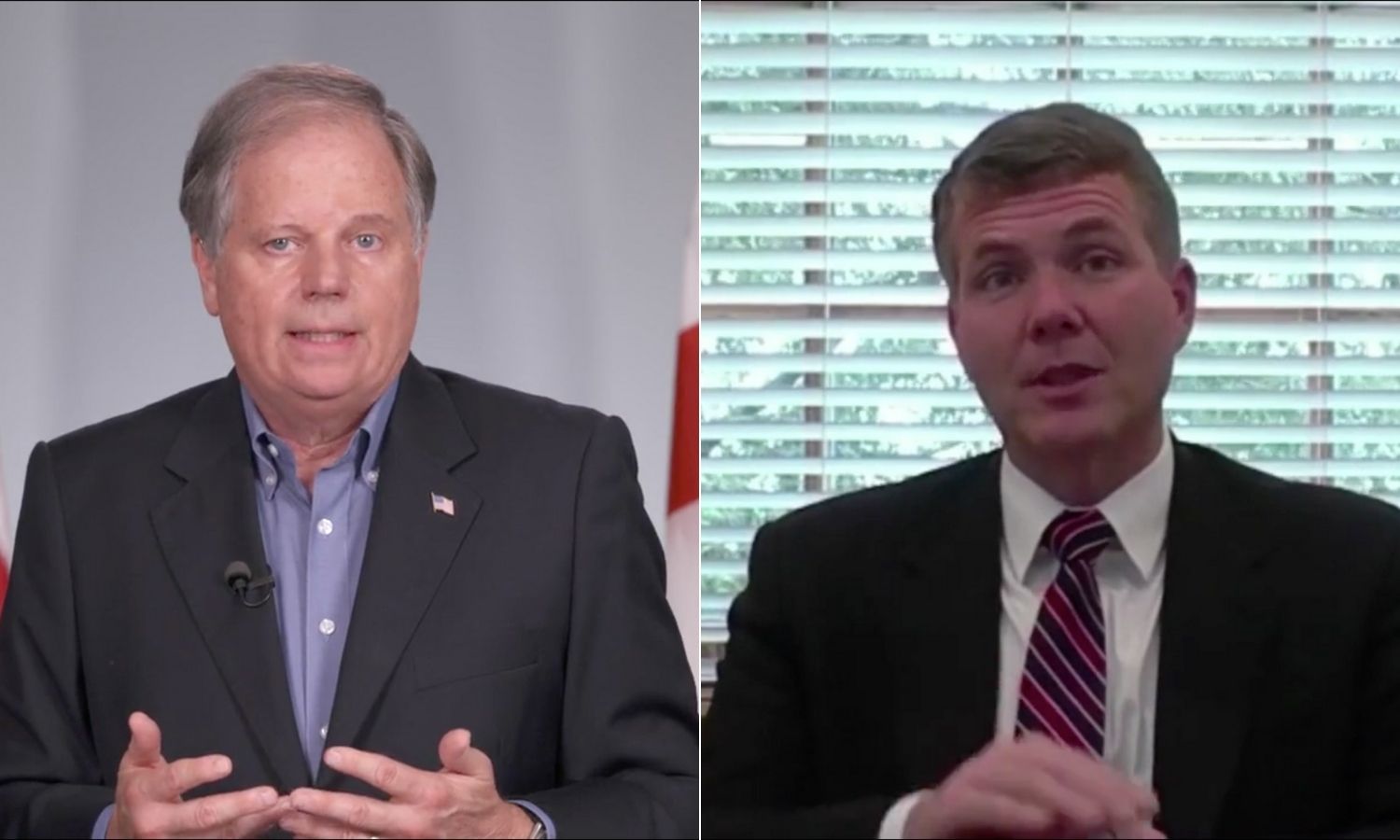 In a wide-ranging, online press briefing, Sen. Doug Jones and Tuscaloosa Mayor Walt Maddox praised Gov. Kay Ivey for her response to the coronavirus pandemic and discussed the need for law enforcement changes to repair the relationship between local police and Black communities.

Much of Thursday’s briefing was spent going through COVID-19 data in the state, noting the drop in hospitalizations since Ivey issued a statewide mask order. The governor extended that order earlier on Thursday until Oct. 2, and both Jones and Maddox, who ran against Ivey in 2018, heaped praise on her.

“I can’t say enough, really, about the good job they’ve done navigating the state through this difficult time,” Jones said. “I think she’s been out front on some really tough decisions, and the proof of what her and her team have done are reflected in what we’re seeing in Alabama and other states.”

During her Thursday press conference, Ivey also praised Maddox for his decision to close bars in Tuscaloosa, following a significant uptick in COVID cases that were reported through testing sites on the University of Alabama campus. Pictures floating around social media showed people packed into restaurants and bars, crowding sidewalks and standing shoulder-to-shoulder — almost all of them not wearing face coverings.

Maddox issued the two-week order to close bars on Monday, and he was asked during the briefing if there were plans to extend that order or if two weeks would be enough.

“That will ultimately be determined by the data and the science,” Maddox said, noting that it was still too early in the process to determine if the closures were having a significant impact on the spread of the virus.

However, Maddox also said that he thought the public overall was being a bit too hard on college students, and he pointed out that the vast majority were doing the right things.

“We’ve actually had very few arrests, very few issues with people not following the laws,” Maddox said. “If you look at it overall, we’ve had nearly full compliance with what we’re asking people to do.”

Jones and Maddox also waded into the national debate regarding police abuse following the shooting of a black man in Kenosha, Wisc., over the weekend. Jacob Blake was shot seven times in the back by a police officer, as Blake was attempting to enter a vehicle where his three children were inside. The Wisconsin attorney general has since said police believed Blake was attempting to retrieve a knife from the car.

Jones, a former U.S. Attorney in Alabama, said that in addition to watching the video of the incident — which he labeled “police brutality” — he also watched a video of former Alabama and NBA star Robert Horry discussing the fear many in the Black community have of the police. Horry, in tears at times during the interview on a regional TV sports show, said he fears for his son’s life, and that he’s offered his son chilling, heartbreaking warnings.

“It’s hard to tell your 14-year-old son that I worry about him when he walks out that door,” Horry says. “I tell my kids all the time, I don’t care what’s going on, because at the end of the day, I want you coming home to me. If you have to lay down on the ground and they (the police) kick you, beat you, whatever they do, and even if you have to go to the hospital after, it don’t matter, because at least you’ll come home to me.”

Jones said he found the video from Horry gut-wrenching.

“The fear that (Black people) feel just isn’t right,” Jones said. “And it doesn’t have to be that way. We can and should acknowledge that overwhelmingly, police officers are not behaving improperly. They are trying to do good. But (the good cops) have to start rising up a little bit as well.”

Maddox praised the officers in the Tuscaloosa PD, but also noted that there have been a number of policy changes in recent years designed to bring more accountability to the department and to better the relationship between TPD and the public.

“One thing we’ve done is ban chokeholds,” Maddox said. “We also made it a requirement that if an officer witnesses another officer committing abuse, he has a duty to stop it and report it.”