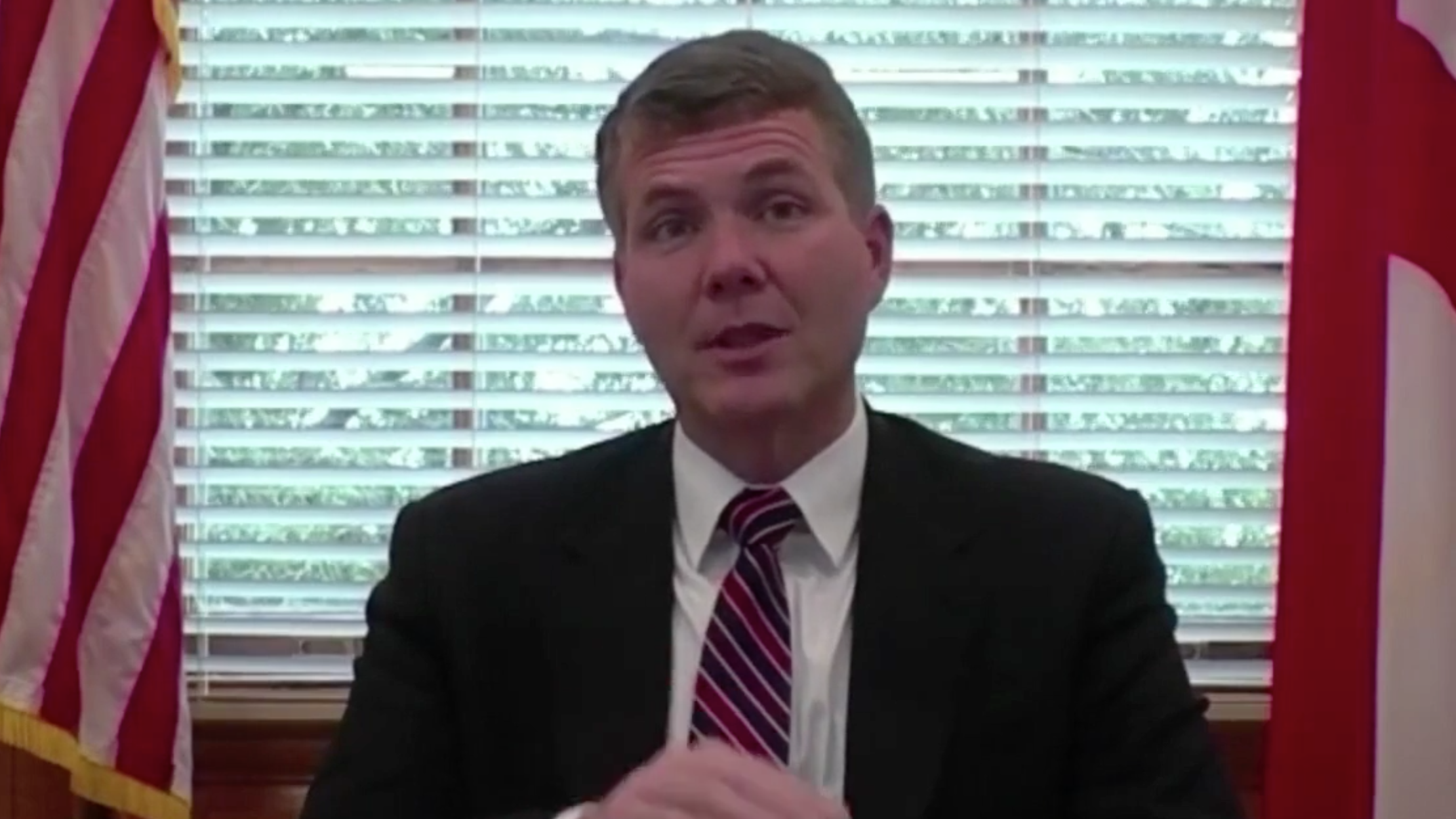 Alabama Sen. Doug Jones on Thursday held a press conference along with Tuscaloosa Mayor Walt Maddox, and Jones praised the mayor for being one of the first mayors to take steps to slow the spread of the virus, including implementing a mask mandate.

Jones said that Maddox “has made a lot of tough decisions — none tougher than what he has had to do in the last six months.”

“I appreciate Gov. Ivey giving Mayor Maddox a shout out” at Thursday’s press conference, Jones said. “They were political rivals last year but have come together.”

“Governor Ivey and her team have done a great job,” Maddox said. “Her team have made some early decisions that I think saved lives.”

“She is allowing local officials both municipal and county to make decisions at the local level,” Maddox said. “It is not just a healthcare issue. It is also about keeping West Alabama’s largest employer in business. It’s about jobs — and don’t forget that little thing called football.”

Maddox recently ordered all of the bars, including bar areas in restaurants to shut down.

“When you look at the data, bars are the most dangerous places” for the virus to spread, Maddox said.

A reporter asked if there was a possibility that the order to close bars would be extended.

“The numbers are going to determine that, that and science,” Mayor Maddox said.

Maddox said that the decision to close the bars was made with the consultation of epidemiologists and public health experts.

Jones said that more than 2,000 Alabamians have died from the COVID-19 pandemic. Jones said that Tuscaloosa County is third only behind Jefferson and Mobile county in new cases, and most of the recent new cases in Alabama were at colleges. College students returned to campus, “and they let their guard down.”

Jones said that two of the top five colleges for new cases of coronavirus, “Are in the state of Alabama: Auburn University and the University of Alabama. That includes UAB, which is a little unfair because they have a lot of healthcare workers on the front lines.”

“The Alabama System reported more COVID cases than all of Canada,” Jones said. “This may not affect them (college-age students) personally but they spread the virus to other people.”

“Clearly the mask order is having a positive effect,” Jones said. “Before Gov. Ivey issued her mask order people did not take it seriously. … I don’t know whether they thought it was a hoax, or it was political,” Once people in authority, whether it is the governor or the mayor issue an order, people get the message, he said. “They want to follow the law, even if they have some disagreement with it.”

A reporter asked Maddox if the University of Alabama was doing a good job of stopping the spread of the coronavirus.

“It was very impressive to me, the University of Alabama did 30,000 entry tests” before allowing students back on campus, Maddox said.

Maddox said that he saw what his own daughter had to go through to enroll in the university and while that does not mean that she won’t get it, but that he feels that she is as safe or safer at the University of Alabama than she would be anywhere else.

Jones warned that citizens should not “let their guard down” during the upcoming Labor Day weekend.

“Summer was supposed to be the respite and the summer has been fraught with difficulties,” Jones added.

“Get a flu shot,” Jones said. “It might be a little early, but it is not too early to be thinking about it. As much as I hate needles I always get one.”

Jones also referenced the shooting in Kenosha Wisconsin, which Jones said was “another act of police brutality.” A 29-year-old, Jacob Blake, was shot in the back seven times at close range.

“It doesn’t have to be that way,” Jones said. “We have got to continue to speak out.” The vast majority of law enforcement officers, Jones said, “they do not commit those kinds of acts of terror.” Jones said that he supports passage of the Harris-Booker bill, which would bring “serious police reform.”

Jones also said that he wanted the Senate to return to Washington to pass coronavirus aid including aid for cities.

“In many ways it is catastrophic,” Maddox said of the financial crisis that is hitting cities. “Alabama is a sales tax state.” Maddox warned that without federal aid municipalities like Tuscaloosa may be forced to cut government services. Maddox said that he has already had to freeze nearly 100 positions.

Jones said that Birmingham Mayor Randall Woodfin is having to make a number of layoffs.

“It is a very difficult time for local governments,” Maddox said.

“I think we are making good progress on a vaccine,” Jones said. Jones did have concerns that the President may be rushing the vaccine. “All the scientists are saying hold on, wait a minute,” Jones added. “There is light at the end of the tunnel; but we don’t know how long the tunnel is,” Jones said.