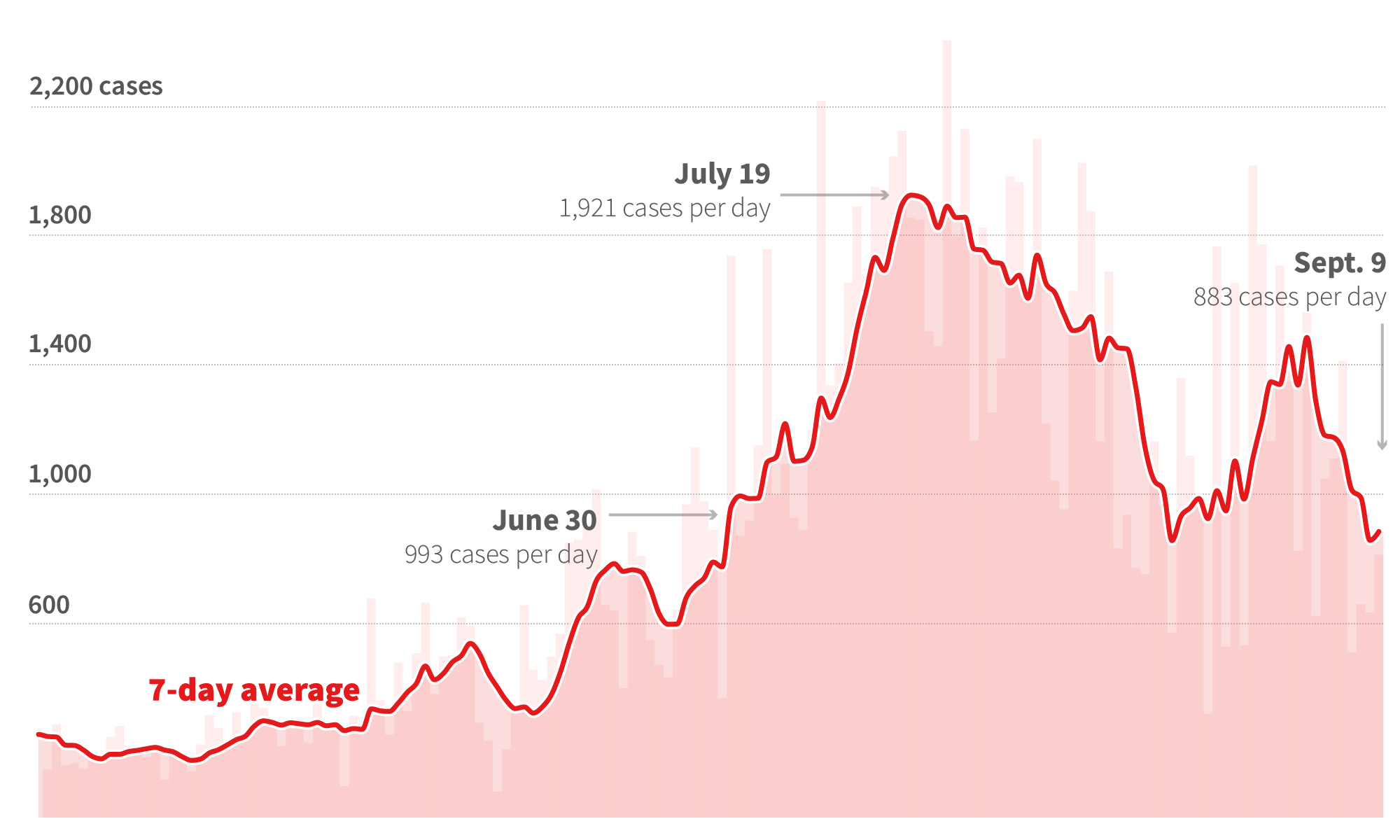 The Alabama Department of Public Health data shows just 633 new cases of COVID-19 reported Tuesday, and 811 cases Wednesday. Rather than being a statistical anomaly, the numbers reflect an ongoing September decline in the number of new cases reported.

The seven-day average of new cases per day — a measure that smooths out daily inconsistencies in case and test reporting — dropped to 856 cases per day Tuesday and 883 cases per day by Wednesday, levels similar to late June.

At this point, it is too early to know if this is a continuing trend or if recent improvements may be lost due to large holiday gatherings and a lack of proper social distancing during the Labor Day weekend. The state experienced surges in cases in the two weeks following both the Fourth of July and Memorial Day holidays.

The state reported one death from COVID-19 on Tuesday and eight deaths Wednesday, raising the state’s death toll to 2,285. At least 103 Alabamians have been reported dead from COVID-19 in the first nine days of September.

At least 194,037 Americans have died of COVID-19, more than any other country in the world. The states that have been hit hardest have been New York, New Jersey, Texas, California, Florida, Massachusetts, Illinois, Pennsylvania, Michigan and Georgia. Alabama is 21st in COVID-19 deaths and 20th in COVID-19 deaths per capita.

The state of Alabama has been under a “safer-at-home” order since mid-March. Public health officials credit Alabama Gov. Kay Ivey’s mask order that went into effect on July 15 for the improvement in the number of coronavirus cases. Anytime a citizen ventures out of their home and/or may interact with people from outside of their home, they are mandated to wear a mask or cloth face covering.

Despite some current improvements, the situation could worsen again, and public health officials warn Alabamians to continue social distancing and wearing masks.