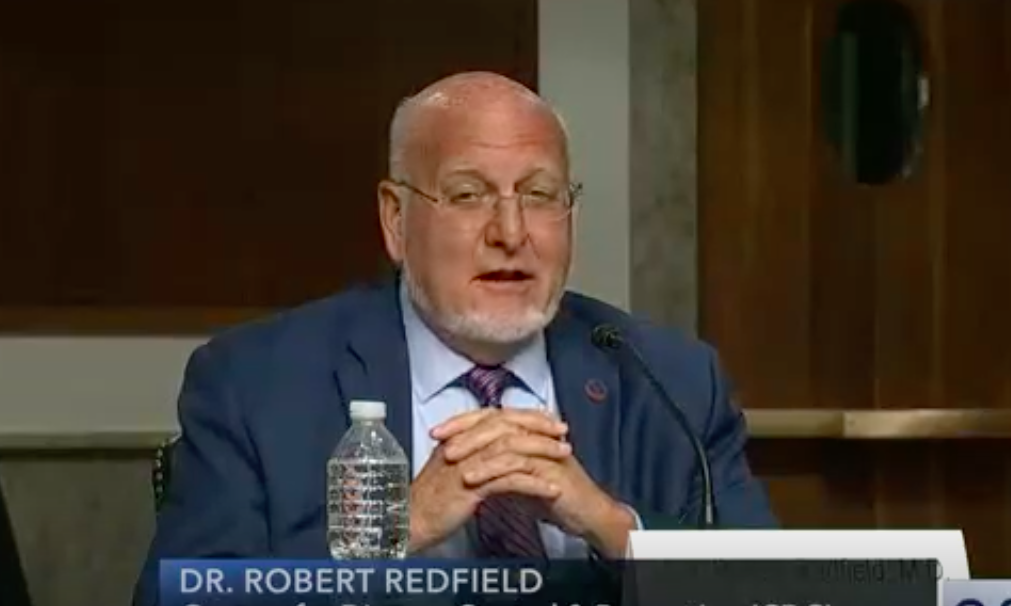 The director of the Centers for Disease Control and Prevention during testimony Wednesday before a U.S. Senate Appropriations subcommittee said a vaccine won’t be widely available to the public until mid-2021.

Wearing a mask is the most important public health tool we currently have in the fight against the deadly disease, he said.

“I might even go so far as to say that this face mask is more guaranteed to protect me against COVID than when I take a COVID vaccine,” CDC director Robert Redfield told lawmakers.

Asked during the hearing by Sen. John Kennedy, R-Louisiana, when a vaccine will be ready “to administer to the public,” Redfield said that he believes there will be a vaccine that will initially be available some time between November and December.

“But very limited supply, and it will have to be prioritized,” Redfield said. “If you’re asking me when is it going to be generally available to the American public, so we can begin to take advantage of vaccine to go back to our regular life, I think we’re probably looking at late second quarter, third quarter 2021.”

Redfield said it will take time to expand vaccinations out from those who need them most direly to the larger public, and said there are about 80 million people in the U.S. who have underlying health conditions that put them at greater risk and need the vaccine first.

President Donald Trump has repeatedly said there will likely be a vaccine available to the public possibly before the November election or even sooner.

When asked about Redfield’s statements that one won’t be available to the public until the summer or early fall of 2021, Trump said during a press conference Wednesday that Redfield was mistaken.

“I think he made a mistake when he said that. It’s just incorrect information,” Trump said. “And I called him, and he didn’t tell me that. I think he got the message maybe confused. Maybe it was stated incorrectly. We’re ready to go immediately as the vaccine is announced, and it could be announced in October. It could be announced a little bit after October.”

Trump refuted the CDC head, and said the vaccine will be made available to the general public “immediately” once one is approved. Asked for Trump’s timelines as to when a vaccine will be ready to administer to the wider public, an official at the press conference seated near Trump said that will likely occur by the end of March.

The Trump administration on Aug. 14 announced that the McKesson Corporation would be the central distributor of COVID-19 vaccines in the U.S. The company distributed the H1N1 vaccine during the 2009-2010 pandemic.

AstraZeneca’s COVID-19 vaccine trials were put on hold worldwide on Sept. 6 after a volunteer in Britain experienced a serious health problem. The company’s vaccine trials resumed in the United Kingdom on Saturday.

The company in a statement said it was working with global health authorities to “be guided as to when other clinical trials can resume.”

The drugmaker Pfizer Inc. on Tuesday announced that those enrolled in the clinical trial for the company’s own COVID-19 vaccine were experiencing mild to moderate side effects, but that an independent monitoring committee has not yet recommended pausing the study.

There have been 2,392 COVID-19 deaths in Alabama since the pandemic began, according to the Alabama Department of Public Health.

At least 193,000 people in the U.S. have died from coronavirus, according to The Washington Post.