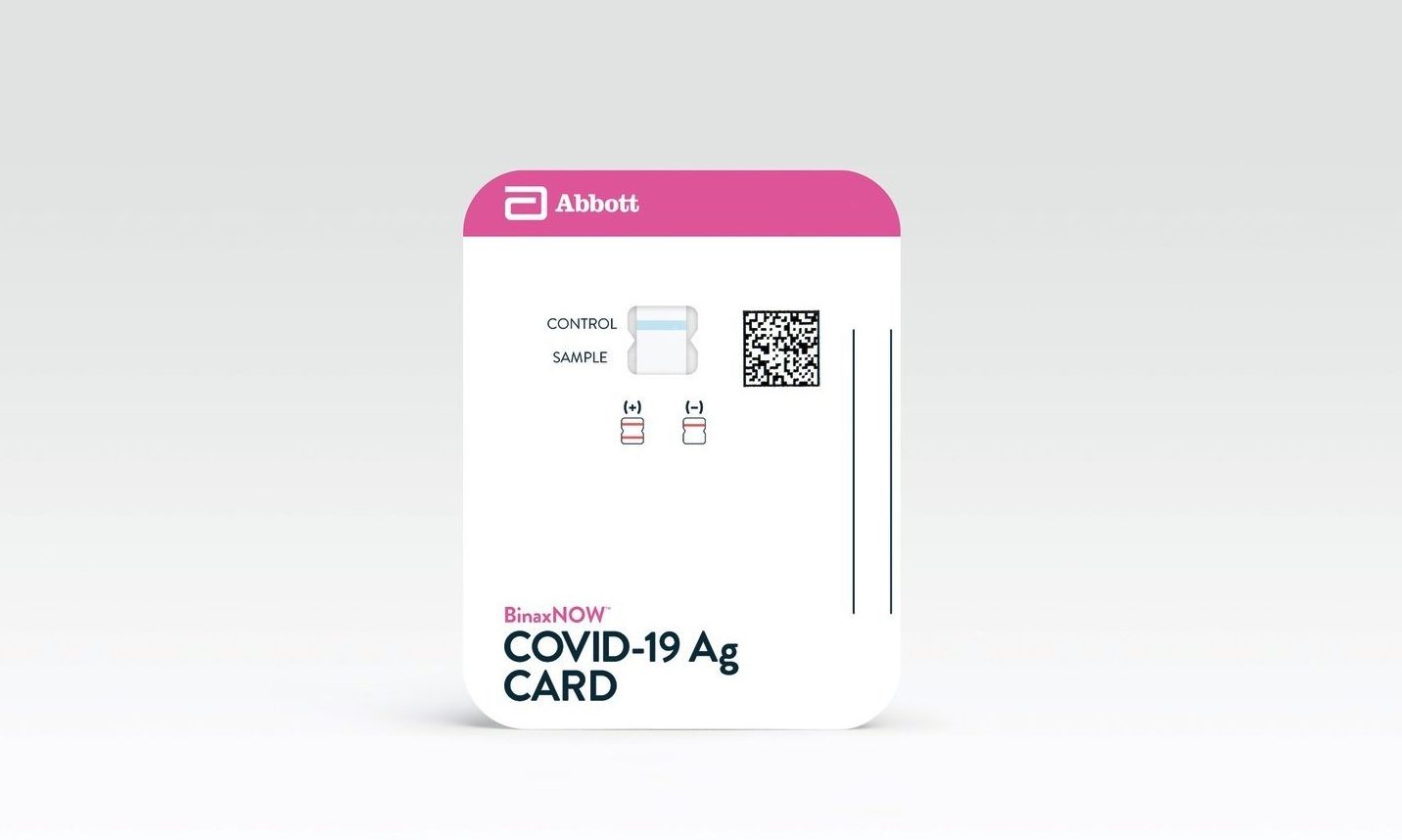 Abbott’s BinaxNOW™ COVID-19 Ag Card is highly portable, about the size of a credit card, and doesn’t require added equipment.

Gov. Kay Ivey on Tuesday announced that the Trump administration is to send 1 million new rapid COVID-19 tests to Alabama, but the details on their use was still being worked out.

Ivey’s office announced in a press release that the state is to receive the Abbott Laboratories BinaxNow rapid tests in phases over the next few months, and that the initial shipment is to be of approximately 96,000 tests.

It was unclear Tuesday who will get the tests or whether the results will be required to be reported to The Alabama Department of Public Health (ADPH), however. In a statement Ivey said while we await a vaccine “providing Alabamians – especially our students and vulnerable citizens – with this free resource will be another critical tool in the toolbox to combat COVID-19.”

Our Office is working in coordination with Public Health as we firm up plans for distribution. We are working to ensure students and high-risk individuals have access to this resource,” said Gina Maiola, Ivey’s press secretary, in a response to APR’s questions Tuesday.

Questions to ADPH on Tuesday weren’t immediately responded to.

The U.S. Food and Drug Administration on Aug. 26 gave an emergency use authorization to Abbott laboratories for the rapid antigen tests, which is the first of its kind to require no lab equipment.

The USDA on Sept. 18 reissued an emergency use declaration, changing wording to say that the tests are to be used “within the first seven days of the onset of symptoms” and that “testing facilities within the United States and its territories are required to report all results to the appropriate public health authorities.”

“Studies have shown that antigen levels in some patients who have been symptomatic for more than five days may drop below the limit of detection of the test. This may result in a negative test result, while a more sensitive test, such as RT-PCR, may return a positive result,” the Centers for Disease Control and Prevention said in guidance on the use of antigen tests.

The Trump administration approved a $760 million contract with the company to produce about 150 million tests.

“We’ll ship tens of millions of tests in September, ramping production to 50 million tests a month in October,” Abbott Laboratories said on the company’s website.

Other governors were making similar statements Tuesday about pending Abbott Laboratory tests coming to their states.

President Donal Trump on Monday announced plans to ship 100 million of the tests to states based upon population.

“Governors have the flexibility to use these tests as they deem fit, but we strongly encourage governors to utilize them in settings that are uniquely in need of rapid, low-tech, point-of- care tests, like opening and keeping open our K-through-12 schools; supporting critical infrastructure and first responders; responding to outbreak, specifically in certain demographics or locations; and screening of surveillance in congregate settings,” said Adm. Brett Giroir, the U.S. Department of Health and Human Services official in charge of COVID-19 testing for the White House’s coronavirus task force, speaking with Trump from the Rose Garden on Monday.

The Abbott Laboratories rapid antigen tests, which use a swab and a small card and can provide results within 15 minutes, have some similarities to existing antigen tests now being used across Alabama, which use small machines to provide quick results.

ADPH has struggled at times to get results from those existing rapid antigen tests, which are often used in non-traditional lab settings, such as nursing homes, universities and urgent care clinics, some of which aren’t accustomed to ADPH’s reporting process.

Dr. Karen Landers, an assistant state health officer for ADPH, told Kaiser Health News last week that she was concerned about the undercounting of antigen test results, and that some providers were struggling to submit results.

“We can’t afford to miss a case,” Landers told the news outlet.