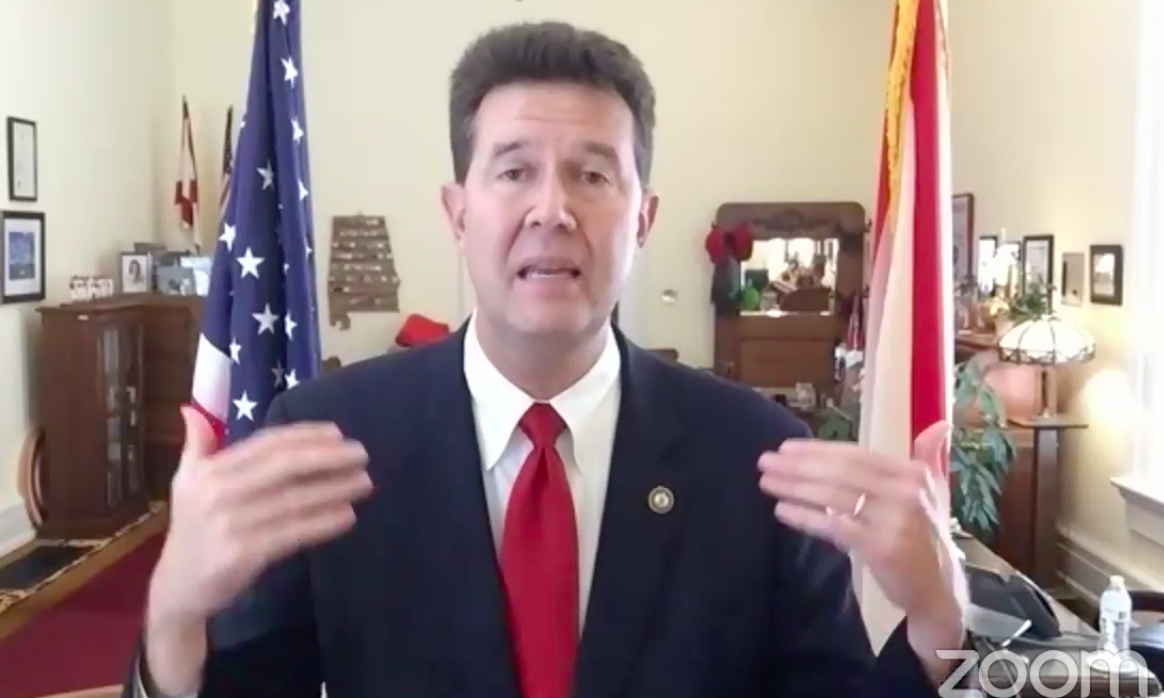 Alabama Secretary of State John Merrill on Wednesday urged people to heed pending voting deadlines, and to make sure they understand how to vote properly so that their votes will be counted.

Merrill joined state Rep. Chris England, D-Tuscaloosa, the chair of the Alabama Democratic Party, in a Facebook town hall on Wednesday to discuss the upcoming elections.

“Whatever level of participation that you decide to engage in our election process, the very basic part of it is your right to vote,” England said.

Merrill said that the last day to register to vote is Oct. 19, and people may do so in several ways, including visiting their local board of registrars, or by downloading the mobile app “Vote for Alabama,” or by downloading an application or registering online at Alabamavotes.gov.

“All 1,980 polling sites will be open on Election Day, so if you want to vote in person, you’re going to be able to do so,” Merrill said, adding that while masks won’t be required to vote they will be made available for voters who would like them, and he encouraged people to take advantage of that.

Merrill said in order to help protect poll workers, masks, latex and non-latex gloves and hand sanitizer will be provided to workers at each polling site. Disinfectant spray and wipes will be used during Election Day as well, he said.

For those who would rather vote by mail, or earlier in person, any registered voter may do so by applying for and turning in an absentee ballot, Merrill said. Absentee ballots must be received by the absentee election manager no later than Oct. 29.

Absentee ballots can be picked up and turned in at local circuit clerk’s offices, and applications can be downloaded at alabamavotes.gov. On the ballot application, the voter is to check the box that states that they are “ill or infirmed” and unable to appear at my polling site on election day.

Merrill has made the ability to vote absentee available to all due to the COVID-19 pandemic, he said.

“If you choose to vote in person or vote through the application process through mail, you need to make sure you enclose a copy of your valid photo ID, so that there will be no questions asked about your eligibility,” Merrill said.

“The last day for the absentee ballot to be returned is Election Day at noon, but they must be postmarked no later than November 2nd,” Merrill said.

Merrill predicts Alabama voters will turn in a record-breaking number of ballots by Nov. 3.

He predicts as many as 2.8 million Alabamians will vote in the Nov. 3 election.

“We’re going to shatter that record,” Merrill said. “As of yesterday, we already had more than 132,000 applications that had been successfully submitted and more than 63,000 ballots had already been returned.”

With 27 days left to return ballots as of Wednesday, Merrill estimated that Alabama could see between 150,000 and 200,000 absentee ballots sent in for the Nov. 3 election.

Merrill said anyone with questions on the voting process can call their circuit clerk or call Merrill’s office at 334-242-7200.