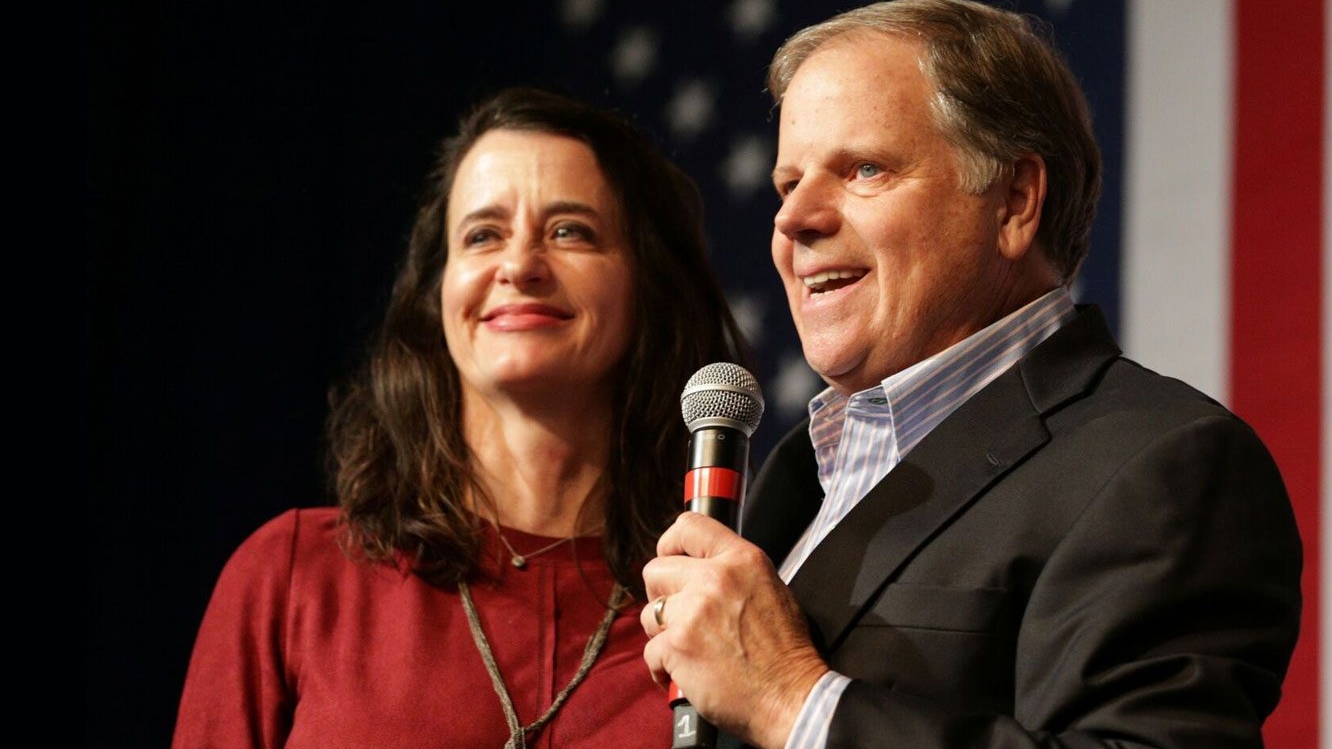 Sen. Doug Jones, D-Alabama, is quarantining after his wife, Louise, tested positive for COVID-19, Jones said Wednesday in a tweet.

Jones, who serves on the Armed Services Committee, expressed remorse in the video for not being able to join his colleagues and vote to override President Donald Trump’s veto of the National Defense Authorization Act. Jones called on fellow senators to override that veto.

“It is so important for the security of this country, for our armed services, for the men and women in uniform, for the people of Alabama that we’ve worked so hard for for the last three years,” Jones said.

“I want to thank everybody for the incredible ride over the last three years. You’ve just been amazing,” Jones said. “It’s been an amazing time for me, my family. Y’all take care. We’ll see you in the next chapter.”

When Jones celebrated his Senate win on Dec. 12, 2017, he was also celebrating his 25th wedding anniversary.

“I couldn’t have done this without her. The love, the support, the encouragement,” Jones said of his wife at the time, according to USA Today.

Jones lost to senator-elect Tommy Tuberville in the November election. Jones is considered a frontrunner for the position of U.S. Attorney General. He and President-elect Joe Biden have a long history with one another.