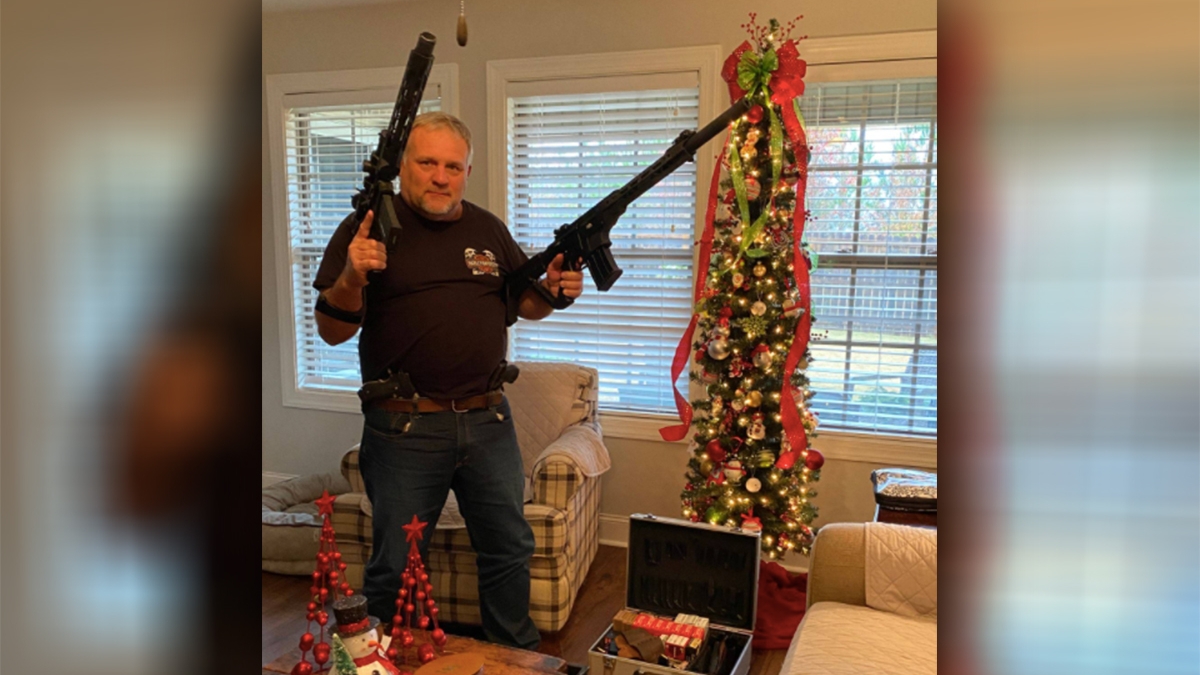 Kevin Greeson, 55, of Athens died of a "medical emergency" during the riots at the U.S. Capitol on Wednesday. (VIA PARLER)

An Alabama man was arrested in Washington D.C. during the violent riot, break-in and attempted insurrection at the U.S. Capitol on Wednesday, and another Alabama man died after having a medical emergency during the chaos, according to Capitol Police, the Washington Metropolitan Police Department and the FBI.

Kevin Greeson, 55, of Athens was one of three people who had “medical emergencies” during the riot and died as a result, Washington, D.C. police Chief Robert Contee said during a press conference Thursday. Contee said all three were on the grounds of the Capitol during the chaos when they experienced their medical emergencies, according to the Associated Press.

Greeson’s family released a statement regarding his death on Thursday that said Greeson was not there to participate in rioting and that he had a history of high blood pressure and had a heart attack, WAFF reported.

“Kevin was a wonderful father and husband who loved life. He loved to ride motorcycles, he loved his job and his coworkers, and he loved his dogs,” the statement read. “Kevin was an advocate of President Trump and attended the event on January 6, 2021 to show his support. He was excited to be there to experience this event — he was not there to participate in violence or rioting, nor did he condone such actions.

“Kevin had a history of high blood pressure, and in the midst of the excitement, suffered a heart attack. Our family is devastated. We are thankful for all of the thoughts and prayers and appreciate privacy at this time as we grieve,” the statement continued.

“I’m in.. call me I have guns and ammo!” Greeson commented. In another, Greeson posted a photo of himself holding two assault rifles with two pistols tucked into his belt and the comment: “I wish these mother—– would come to my hood!”

The New York Times reported on Wednesday that a 70-year-old man from Alabama was arrested by federal authorities near the Capitol and was in possession of a firearm and materials to make several Molotov cocktails. Two explosives were found near the Republican National Committee headquarters in Washington D.C. at noon on Wednesday and were exploded by a bomb squad, the newspaper reported, although it was unclear if the Alabama man’s arrest was connected to those bombs.

Court records show Coffman to be 70 years old and living in Falkville. He has no felony criminal record in Alabama, a search of those records revealed. Attempts to contact Coffman on Thursday were unsuccessful. Coffman lives in Rep. Mo Brooks’s, R-Alabama, district, as did Greeson, who lived in Athens. Brooks spoke to a large gathering outside the Capitol prior to the riot.

“Today is the day American patriots start taking down names and kicking ass,” Brooks yelled into his microphone.

After the riots began, Brooks tweeted an unfounded rumor alleging it was Antifa who started the rioting, and has since continued to make comments to media and tweets alleging Antifa was responsible for the riots.

Brooks on Thursday tweeted that in the past, when citizens of a Republic lose faith in the election process they’re forced to chose from three options.

“1. Flee (emigrate).  2. Submit.  3. Fight back with violence,” Brooks tweeted. “THAT is why we must fight for honest & accurate elections. We don’t ever want citizens in America feeling they have been forced into the aforesaid box, with 3 bad options.”