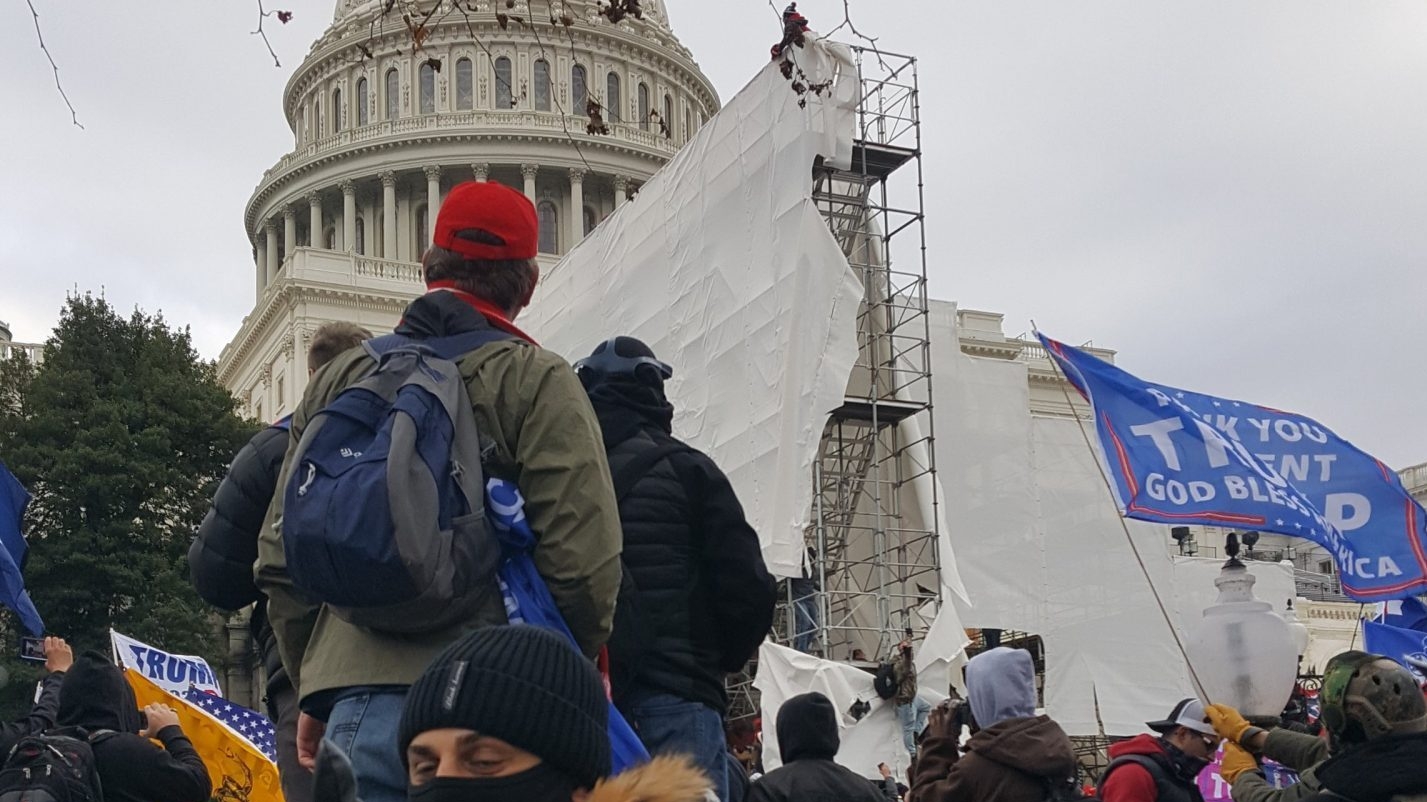 A law enforcement officer died Thursday night from injuries sustained defending the U.S. Capitol Building from a violent pro-Trump mob that had attacked the building the day before.

Officer Brian D. Sicknick died at about 9:30 p.m. on Thursday, the Capitol Police said in a statement. He has served with the agency since 2008. Sicknick was responding to the riots on Wednesday and “was injured while physically engaging with protesters,” the agency’s statement said.

Sicknick was not immediately hospitalized. He sustained his injuries battling the angry mob and then returned to his division office where he collapsed and was taken to the hospital.

“The entire U.S.C.P. department expresses its deepest sympathies to Officer Sicknick’s family and friends on their loss, and mourns the loss of a friend and colleague,” the statement said.

Some news outlets prematurely reported on his death earlier in the day while he was apparently still on life support. Homicide investigators from the Metropolitan Police Department are investigating the case, and the FBI is reportedly assisting.

U.S. Rep. Tim Ryan, D-Ohio, who chairs the House Appropriations subcommittee that oversees the budget for the Capitol Police, said that his heart was breaking over the officer’s death.

“This tragic loss is a reminder of the bravery of the law enforcement who protect us every day,” Ryan wrote on Twitter.

Sicknick’s death brings the death toll from Wednesday’s mayhem to five. Ashli Babbitt was shot and killed by a Capitol Police officer inside the building as she climbed through a broken window leading to the Speaker of the House’s Lobby. Three other people died after experiencing apparent medical emergencies in the area around the Capitol, including Kevin Greeson of Athens.

“Yesterday, our Nation watched in disbelief as a mob breached the Capitol Building and required federal and local law enforcement to help restore order. The Department of Justice is committed to ensuring that those responsible for this attack on our Government and the rule of law face the full consequences of their actions under the law. Our criminal prosecutors have been working throughout the night with special agents and investigators from the U.S. Capitol Police, FBI, ATF, Metropolitan Police Department and the public to gather the evidence, identify perpetrators, and charge federal crimes where warranted. Some participants in yesterday’s violence will be charged today, and we will continue to methodically assess evidence, charge crimes and make arrests in the coming days and weeks to ensure that those responsible are held accountable under the law.”

Officials have said that about 50 law enforcement officers suffered injuries from the mob violence.

The Capitol Police reported 14 arrests during the incursion, including two people who were detained for assaulting a police officer. The Washington Metropolitan Police and other local law enforcement arrested dozens of others, mostly for unlawful entry and violations of the city’s Wednesday curfew.

The mob reached the chambers of both Houses of Congress and began trying to break down the doors. Members of Congress stacked furniture in front of the doors to prevent the mob from storming the room. Members of Congress were rushed down the stairs to the basement where they could be evacuated using the tunnel system in the Capitol complex while the Capitol Police stood with guns drawn to cover their retreat. The rioters would eventually occupy both the House and Senate chambers and much of the Capitol building including Speaker of the House Nancy Pelosi’s offices.

“Wednesday was a dark day for our nation, and I emphatically condemn yesterday’s tragic events,” Congressman Barry Moore, R-Alabama, said. “This building belongs to the people, who — without question — deserve to be heard, but what we saw yesterday was a disgrace to the principles we have long embraced. I will not be intimidated by lawlessness, nor allow acts of violence to stop me from upholding the Constitution and doing the job my constituents sent me here to do.”

“I am incredibly grateful to the Capitol Police, National Guard, FBI, and Secret Service,” Moore said. “These brave men and women risk their lives every day and are real heroes. It is because of them that we were able to reconvene and fulfill our Constitutional duties.

Capitol Police Chief Steven Sund has resigned. The sergeants-at-arms of the House and Senate also resigned.

The Wall Street Journal has called for President Donald Trump to resign over his handling of the attack. Meanwhile, Speaker of the House Nancy Pelosi, D-California, and Chuck Schumer, D-New York, have said that if Trump is not removed by his cabinet using the 25th Amendment, then they will begin impeachment proceedings.

It has been suggested by some legal sources that Trump’s speech to hundreds of thousands of pro-Trump protestors claiming that the 2020 election was “stolen” and urging them to go down to the Capitol minutes before they did exactly that could be a chargeable offense under criminal statutes against inciting violence.

“There will be an orderly transition on January 20th,” Trump said after Congress certified the Electoral College results declaring Democratic candidate Joe Biden the winner of the 2020 election.