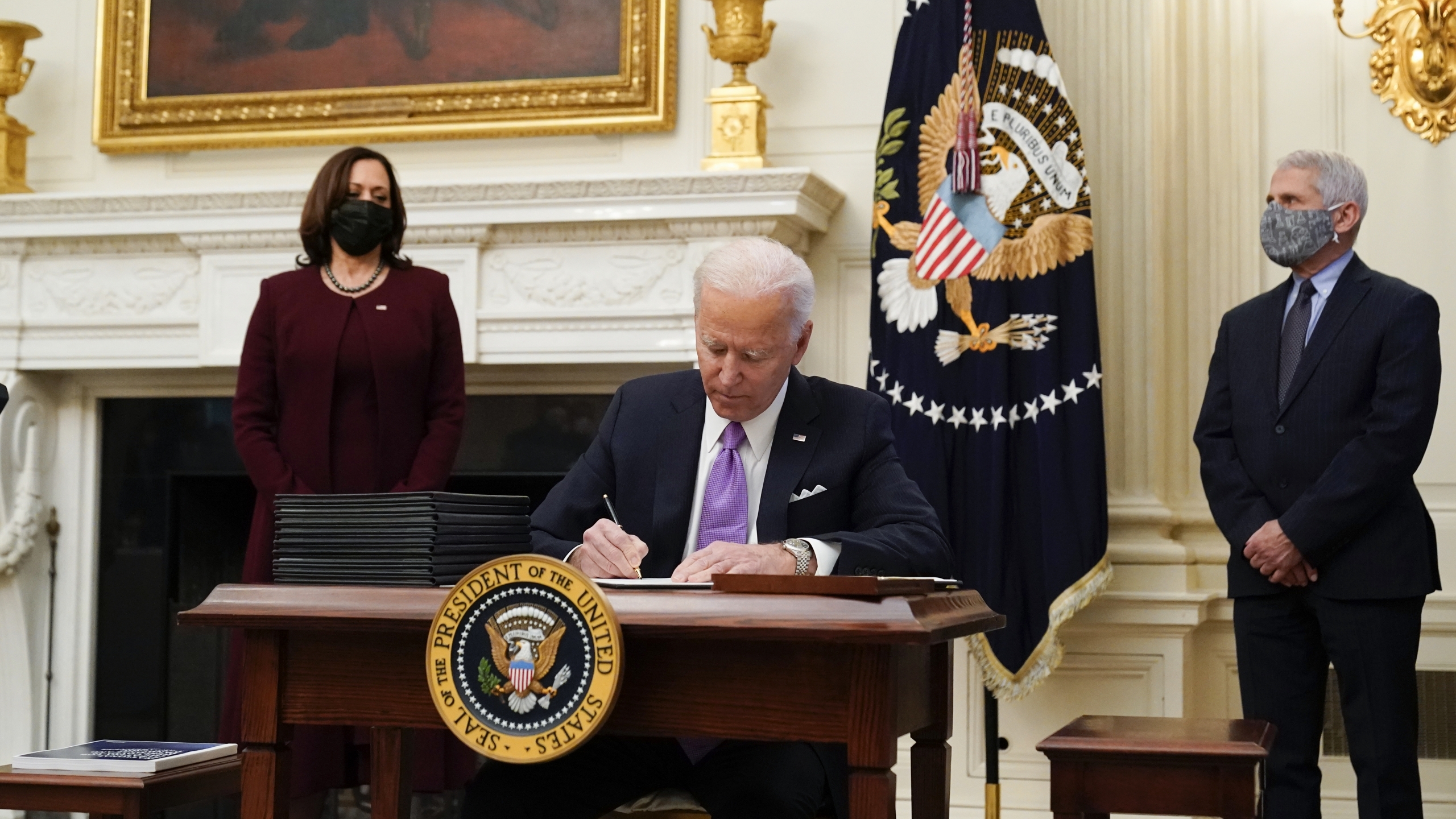 Huang, in a statement Thursday, said that on his first day in office, Biden reiterated his commitment to racial justice and to overturning systemic racism and the long-standing inequities in American society.

Biden signed his Executive Order On Advancing Racial Equity and Support for Underserved Communities Through the Federal Government after being sworn in on Wednesday. The order rescinded former President Donald Trump’s 1776 Commission, seen as an opportunistic rebuttal of The New York Times’s Pulitzer Prize-winning 1619 project, which aimed to teach American students about slavery and the impact of racism.

The order defines equity as:

“the consistent and systematic fair, just, and impartial treatment of all individuals, including individuals who belong to underserved communities that have been denied such treatment, such as Black, Latino, and Indigenous and Native American persons, Asian Americans and Pacific Islanders and other persons of color; members of religious minorities; lesbian, gay, bisexual, transgender, and queer (LGBTQ+) persons; persons with disabilities; persons who live in rural areas; and persons otherwise adversely affected by persistent poverty or inequality.”

“Delivering on racial justice will require that the administration takes a comprehensive approach to embed equity in every aspect of our policymaking and decision-making,” Susan Rice, Biden’s domestic policy chief, said Tuesday.

“The SPLC welcomes his focus and priority on this work, as demonstrated by his reversal of hundreds of discriminatory Trump-era civil rights rollbacks and attacks,” Huang said in the statement:

“The President’s racial justice and equity Executive Order outlines a bold vision to reimagine how our nation can be more fair, just and equitable for all. We are ready to support his efforts and we will urge his administration to keep this work moving forward.

“These initial executive actions offer hope – particularly to Black, Indigenous, people of color, LGBTQ+, and other communities – that the new administration will undertake extensive and serious efforts to combat all forms of discrimination. But these actions must be accompanied by urgent Congressional legislation to fund programs that complement the President’s vision and promote more fair, just and equitable communities, schools and workplaces. The SPLC is eager to work with both the Biden administration and Congress to make this vision a reality.”

Biden during his inauguration speech Wednesday called for the nation to unite in its fight against systemic racism and white supremacy and domestic terrorism. His words came three weeks to the day after pro-Trump supporters, far-right groups and militia members attacked the U.S. Capitol, resulting in at least five deaths.

“A cry for racial justice some 400 years in the making moves us,” Biden said in his speech. “A cry that can’t be any more desperate or any more clear. And now a rise of political extremism, white supremacy, domestic terrorism that we must confront and we will defeat.”