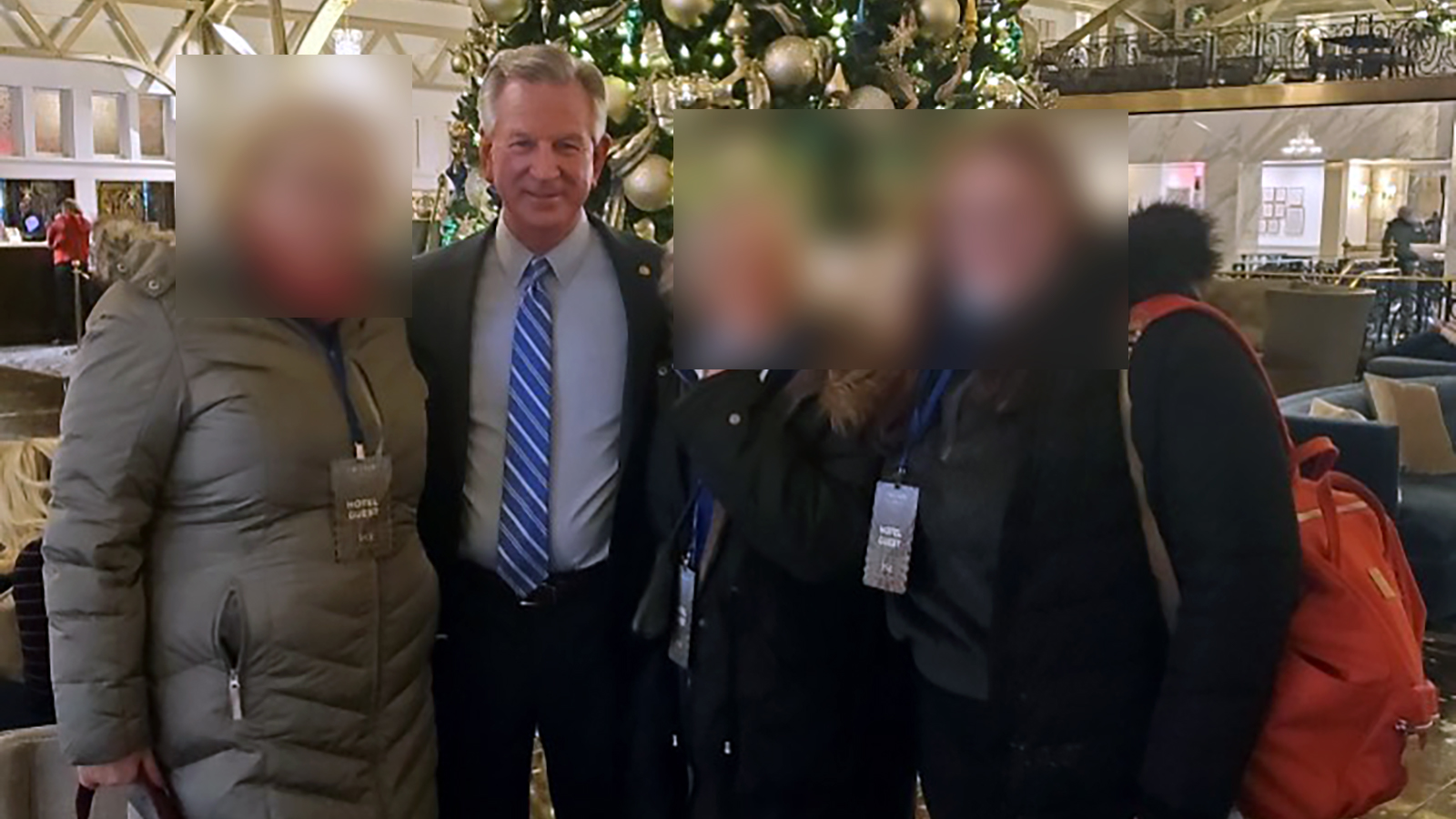 Alabama Republican Senator Tommy Tuberville on Friday said he attended a Republican fundraiser at the Trump International Hotel in Washington on Jan. 5, the day before the insurrection attempt at the U.S. Capitol.

Tuberville, through a spokeswoman, had previously denied to APR attending a private meeting on Jan. 5 with Trump’s sons and top aides, despite social media posts that placed Tuberville, Donald Trump Jr. and those top aides at the Trump International Hotel that day. The spokeswoman also declined to address on the record a photo that put Tuberville in the hotel lobby that same day.

Tuberville, speaking to a group of reporters in Mobile on Friday, said he did not meet with former President Donald Trump at the Jan. 5 fundraiser, and that he stayed at the hotel fundraiser only briefly, according to a video of his Friday press briefing by AL.com.

“Several of us was asked to come down and speak. It was about future. 2022,” Tuberville said of the Jan. 5 hotel gathering. “And it was probably, I don’t know, 15, 20 people there. I had to walk five blocks to get to it. They had everything blocked off downtown. So it took longer to walk into it than it did for me to speak five, 10 minutes, then I left.

Daniel Beck, CEO of an Idaho technology company, in a Facebook post at 10:27 p.m. on Jan. 5 wrote that he’d spent the evening at the Trump International Hotel with Tuberville, Trump Jr. and girlfriend Kimberly Guilfoyle, Michael J. Lindell, Navarro and Trump attorney Rudy Giuliani. He wrote:

“The Trump hotel is Amazing!! Fifteen of us spent the evening with Donald Trump Jr., Kimberly Guilfoyle, Tommy Tuberville, Michael J. Lindell, Peter Navarro, and Rudy Giuliani. We talked about the elections, illegal votes, court cases, the republics’ status, what to expect on the hill tomorrow. TRUMP WILL RETAIN THE PRESIDENCY!!!”

A photo posted to an Instagram user’s account appears to show Tuberville standing in the lobby of the Trump International Hotel on Jan. 5. The user captioned the photo: “Newly elected Senator Tommy Tuberville.” In two other separate photos, the person posted images of Flynn and Donald Trump Jr. inside the hotel on Jan. 5. Attempts to reach the person who posted that photo were unsuccessful.

Alabama Attorney General Steve Marshall leads the Rule of Law Defense Fund, the nonprofit fundraising arm of the Republican Attorneys General Association, which sent out robocalls detailing when and where citizens should meet prior to the deadly Jan. 6 Capitol attack.

Piper, five days after denying to APR his group’s role in helping plan the rally, resigned as the association’s director, Marshall said in a statement that day. Marshall did not mention why Piper had resigned. APR‘s attempts to contact Piper have been unsuccessful.

Asked Friday if Trump bears any responsibility for the insurrection, Tuberville said he doesn’t believe what Trump said made “any difference” and that the attack on the Capitol started before Trump had ended his speech. Tuberville was also asked Friday about a phone call Trump placed for Tuberville as the senator was still on the Senate floor when the pro-Trump mob had broken into the Capitol.

“He didn’t call my phone. He called somebody else, and they handed it to me,” Tuberville said.

Trump and his then-attorney Rudy Giuliani both mistakenly called Republican Sen. Mike Lee of Utah while trying to call Tuberville, according to multiple news accounts, a recording of a voicemail message by Giuliani left for Tuberville and statements by Lee.

“I basically told him, I said, ‘Mr. President, we’re not doing much work here right now because they just took our vice president out, and, matter of fact, I’m going to have to hang up on you. I’ve got to leave because the Secret Service and Capitol Police want us out.'”

No witnesses were called by the U.S. House managers who led the prosecutorial efforts during Trump’s latest impeachment trial in the U.S. Senate, although there were calls for witnesses, including Tuberville, to provide testimony. The majority of senators, including seven Republicans, voted 57-43 to convict Trump but fell short of the 67 votes needed to convict the twice-impeached former president.

Some Democrats and Republicans are calling for a 9/11-style commission to investigate the U.S. Capitol attack, what led up to it and the failure to prevent the deadly assault. Asked Friday if he expects to be called as a witness by such a commission. Tuberville said, “I don’t know whether they would or not.”

“They can watch our little interview here and they would get about what I would know,” Tuberville said. “I don’t know whether they’re going to look into it or not. They’re comparing it to 9/11, and it was a terrible thing that happened. Should have never happened. Whoever went in there should be arrested and pay a price for breaking windows. We had people hurt. Assaulted. We had a couple people that died.”

In total, five people died as a result of the Jan. 5 insurrection attempt at the U.S. Capitol, including Capitol Police officer Brian Sicknick. 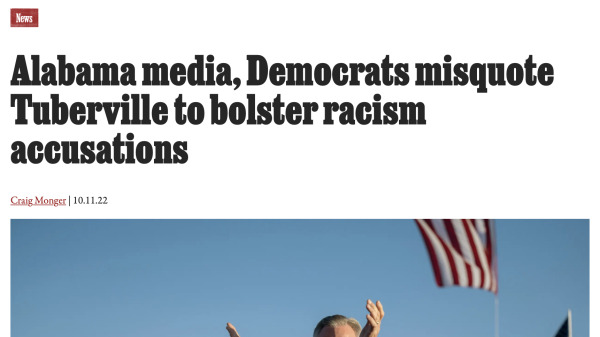