Opinion | A lawsuit has been filed over the gambling bill. It is ridiculous.
Advertisement 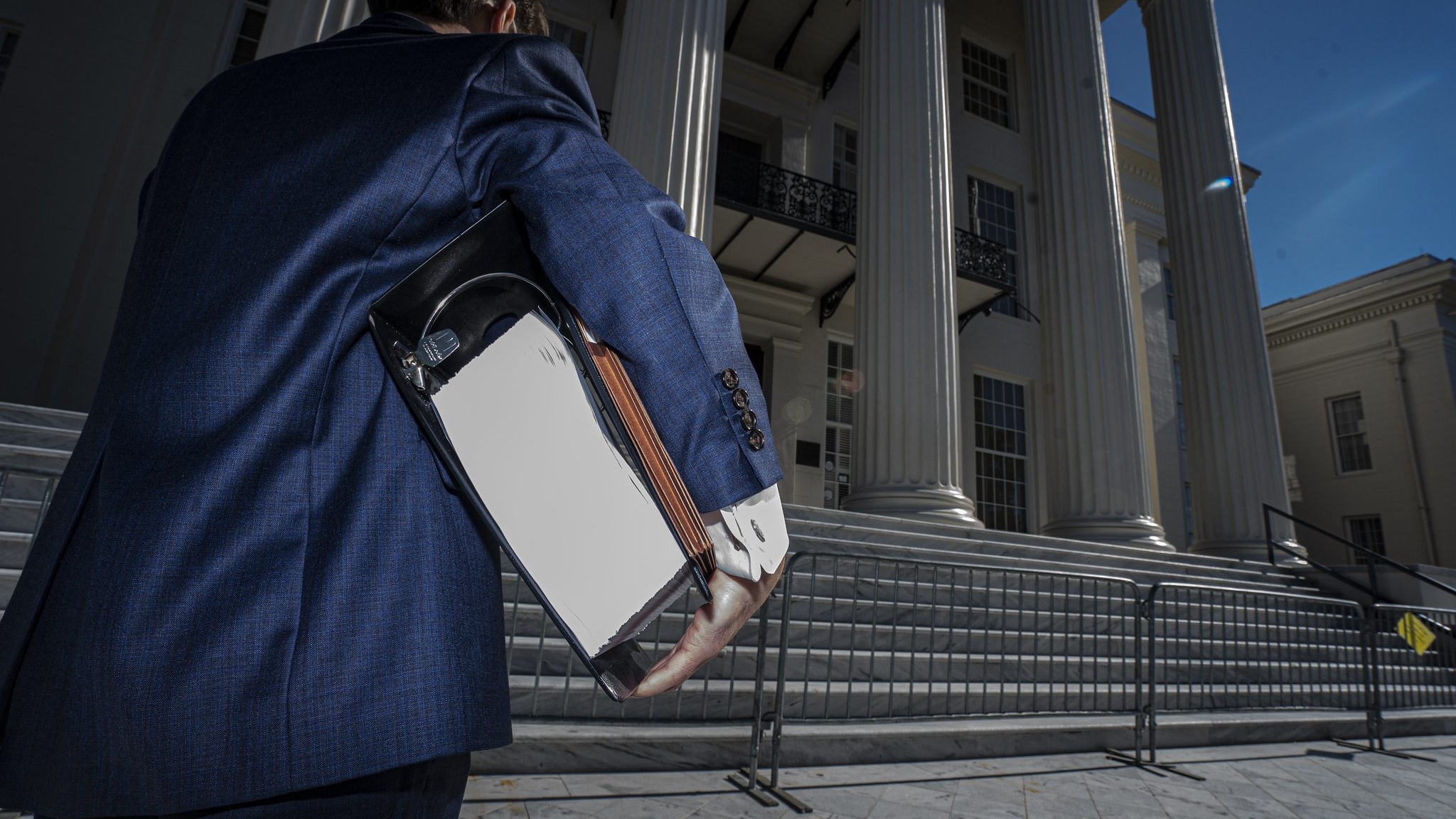 Gov. Kay Ivey received a report from the gambling committee she organized Friday, December 18, 2020 in Montgomery, Ala. Chairman and former Montgomery Mayor Todd Strange submitted the report to the governor and then the committee members held a press conference on the steps of the State Capitol. (Governor's Office/Hal Yeager)

The absurdity has started. Without fail, whenever there is a serious discussion in the Alabama Legislature about legalizing some form of gambling, you can count on a barrage of idiocy trying desperately to worm its way into the conversation, if for no other reason than to confuse the participants and muddy the water.

The goal, usually, is to cause so much confusion that the lawmakers toss up their hands and decide that they don’t know what to do so they’ll just do nothing.

On Monday, the day before the Sen. Del Marsh-sponsored gaming bill is set to be debated in the senate, Montgomery attorney Tommy Gallion, known for his stirring ability, began the churning process with one of the most ridiculous lawsuits ever filed.

Gallion, son of a former state attorney general and most famous recently for one of the funniest country club lawyer spats in history, has never shied away from the absurd or the bold. And his lawsuit, filed on behalf of three charities located in Greene County — Age With Dignity LLC, OIC Dream Greene County and Dream County Inc. — is nothing if not bold and absurd.

I’m not even sure it accomplishes its only goal: to throw so much BS against the wall that it gets the attention of lawmakers. Because it’s so over the top, it’s impossible to take the lawsuit seriously.

At its core, the suit appears to be claiming that the charity plaintiffs will be harmed by the passage of the gambling bill because some combination of Bob Riley, the Choctaw Indians, the Poarch Creek Indians and Jack Abramoff have been conspiring all along to give someone a monopoly … or something.

Honestly, I’m not really sure what the lawsuit is claiming overall — and my confusion might have something to do with the spelling and grammar and omitted words — but I do know it’s making lots and lots of claims about some stuff.

I mean, just look at this sentence: “Riley and later the Poarch Creek has taken millions from Choctaws and Scanlon was not only his ally but was his former congressional aid while Riley was in Congress.”

That’s a copy-and-paste from the lawsuit.

You see what I’m saying? I don’t know what that’s claiming, but it’s definitely claiming a LOT.

The Poarch Creeks are plenty unhappy about that baseless claim, and several others, and they might not let this go.

I asked the Poarch Creeks for a response to the various claims contained in the lawsuit, and a spokesperson said this: “These allegations are not true. We are considering our legal options towards the purveyors of these unfounded accusations.”

They should. It’s one thing to question the tribe’s tactics or criticize its goals, but it’s quite another to outright claim Poarch Creek officials bribed Alabama lawmakers. And it’s particularly problematic when tribal officials were open and honest about the very legal political donations that Gallion’s suit is calling “bribes.”

Look, I know what Gallion and the charities are trying to do here. They’re trying to link the sordid history of gaming in Alabama to the people trying to pass this gaming bill.

But don’t get it twisted. What’s dirty is the never-ending parade of back-of-the-gas station gambling outfits that operate either in the shadows or connect themselves with a questionable charity.

For example, as long as we’re raising questions here, the three charities that filed this lawsuit are ghosts. According to Charity Navigator and Guidestar — the two most reliable sources for nonprofit tax information — all three of these charities were formed in 2018 and none of them has filed required tax forms with the IRS to date.

(Also, the lawsuit misspells the name of one charity and misidentifies Marsh as the Senate president. That’s on the very first page of the lawsuit. In big, bold letters).

The fact is what Marsh has is a good bill, which is why no one raising these questions actually attacks the bill and what it does. Instead, they sling unfounded claims in an effort to play off of tired stereotypes related to the gaming industry.

Because these folks know the truth: that Marsh’s bill actually cleans up the mess that is gambling in this state. It clearly defines it, puts a commission in charge of it and provides clear penalties for those who violate the law. Those sorts of things don’t play well in smoky back rooms and strip mall bingo parlors.

So the absurd lawsuits have started to fly.