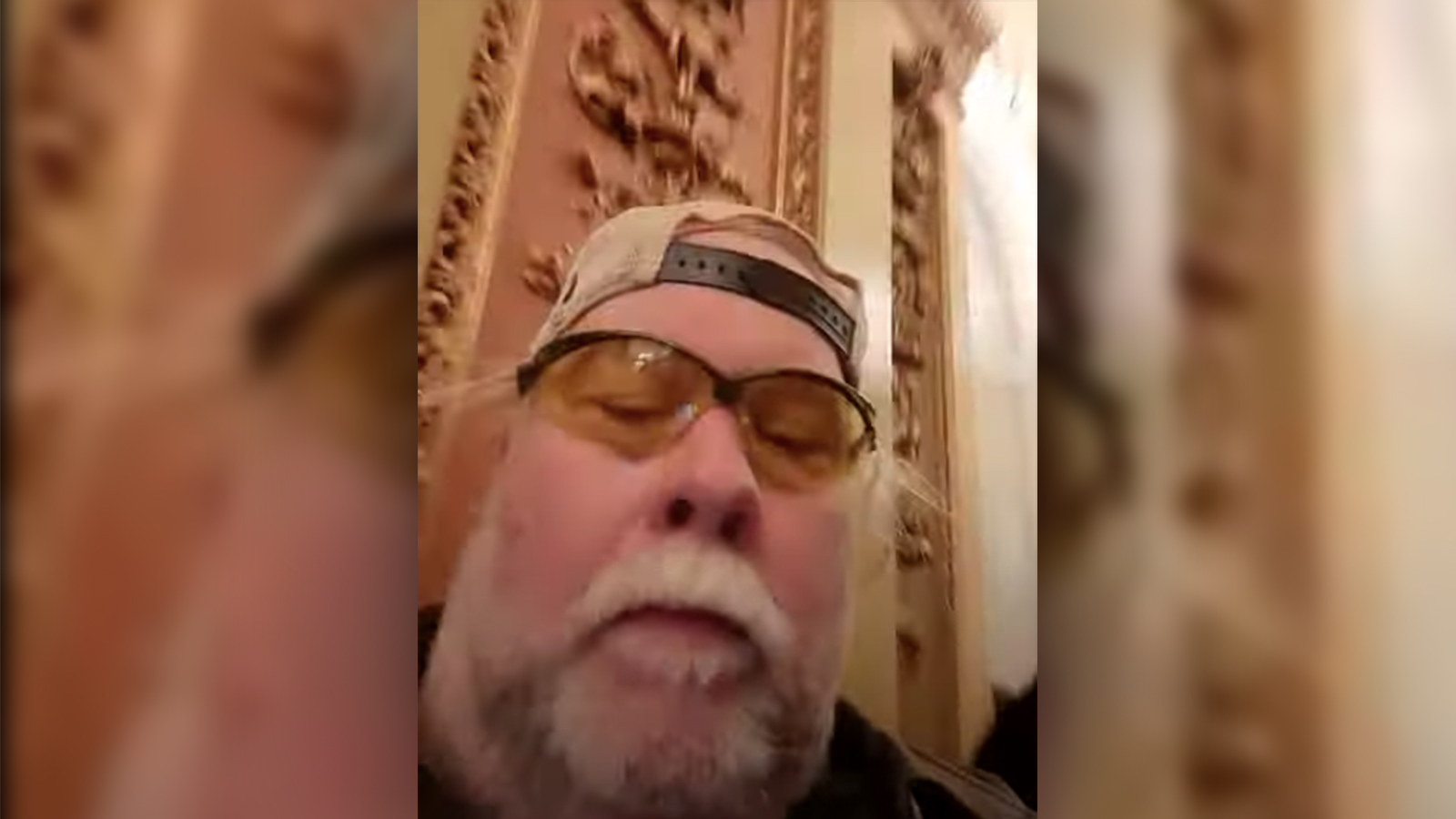 Russel Alford seen in footage he shot from inside the Capitol and posted to Youtube.

A Hokes Bluff man was arrested Monday and charged in connection with entering the U.S. Capitol during the attack on Jan. 6, court records show. Russell Dean Alford, 60, is charged with entering a restricted building, disorderly conduct and unlawfully demonstrating inside the Capitol, according to court records.

“I wondered when y’all were going to show up. Guess you’ve seen the videos on my Facebook page,” Alford told FBI agents in a Jan. 20 interview at his business, Alford’s Paint & Body Shop, according to court records.

Alford told agents that he attended the Jan. 6 rally and entered the Capitol through a door that had been broken open.

“ALFORD then showed the agents some videos that he took inside the U.S. Capitol on his mobile phone,” an FBI agent wrote in the affidavit. “According to the agents, the videos appeared to match the videos that ALFORD had previously posted to YouTube on January 6 and January 7, 2021. ALFORD also confirmed to the agents that he personally filmed these videos inside the U.S. Capitol building.”

“All staged on the 6th,” Alford wrote in a Facebook post on March 11, in which he shared a graphic photo of a woman who appears to be Ashli Babbitt, the Trump supporter who was shot and killed by police inside the Capitol as she attempted to enter further into the building through a broken window.

Alford is the seventh Alabamian charged in connection with the Jan. 6 attack on the Capitol.