In 1977, Alabama lawmakers passed what is widely viewed as the most punitive three-strikes law in the nation, and more than 40 years later, our state prison system is still reeling from the impact. The Habitual Felony Offender Act, or HFOA, mandated inflated prison sentences for people convicted of multiple crimes, even if those crimes were drug-related or nonviolent — and even if a decade or more had passed between convictions.

The results of the law came quickly: a rapidly ballooning prison population that the Alabama Department of Corrections struggled to contain. Thousands of people — mostly young, Black men — flooded our prisons with long-term and life sentences after being sentenced under HFOA. Many of them are still there today, like Willie Simmons, warehoused at Holman Correctional Facility since 1982 for a single robbery and three property crimes. Simmons is serving life without parole. He is now 63, and has no hope of relief, despite thousands of Americans signing a petition supporting his release after his outrageous punishment became public in late 2019.

The U.S. Department of Justice has made it crystal clear: Alabama’s prison system is unconstitutionally dangerous, and leaders must address the overcrowding. In fact, overcrowding was No. 1 on the list of immediate measures ADOC should address as recommended by the DOJ in 2019. Yet, no meaningful steps have been taken to reduce the prison population, and the violence has continued unabated.

Over 5,000 Alabamians are serving inflated sentences under this policy, and more than 1,600 of them are sentenced to life, many for crimes that resulted in no physical injury. The people prosecuted and sentenced under HFOA make up 20 percent of the prison population and addressing the draconian policy behind these bloated sentences gets at the very heart of why Alabama prisons have been in crisis for decades. HB107, a bill sponsored by Rep. Chris England, would abolish HFOA once and for all, and create a meaningful path out of prison for people like Simmons and thousands of others stuck in dead-end sentences.

​HFOA has disproportionately impacted Black men. Three out of 4 people serving life without parole for robbery under HFOA are Black. The policy currently exists for prosecutors to use at their discretion, and they often invoke HFOA only after a defendant does not agree to a plea deal. This has led to a massive sentencing disparity in which some people are sent to prison with much longer punishments than their counterparts, not based on facts or evidence, but simply because they took their case to trial. This does not represent justice and has greatly increased the burden on Alabama’s prison system with long, expensive prison sentences.

​But what about people who commit multiple crimes? What about public safety? Alabama has evidence-based sentencing guidelines that allow for a range of prison sentences that courts can impose based on facts and evidence, not on mandates with categorical sentences.

Those kind of punishments under HFOA ignore the individual and are not smart-on-crime. One retired Republican lawmaker recently called Alabama’s HFOA “vending machine justice.”

Alabama can simply no longer afford this reckless approach. The time to abolish this policy is now, and it is up to Alabama’s lawmakers to prioritize this legislation in their remaining days of the session. Simmons is just one of many who cannot wait for lawmakers to wake up and finally understand the need for serious reform. HB107 represents the smartest path forward to restore fairness, equity and common sense to Alabama’s criminal justice system. 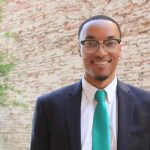