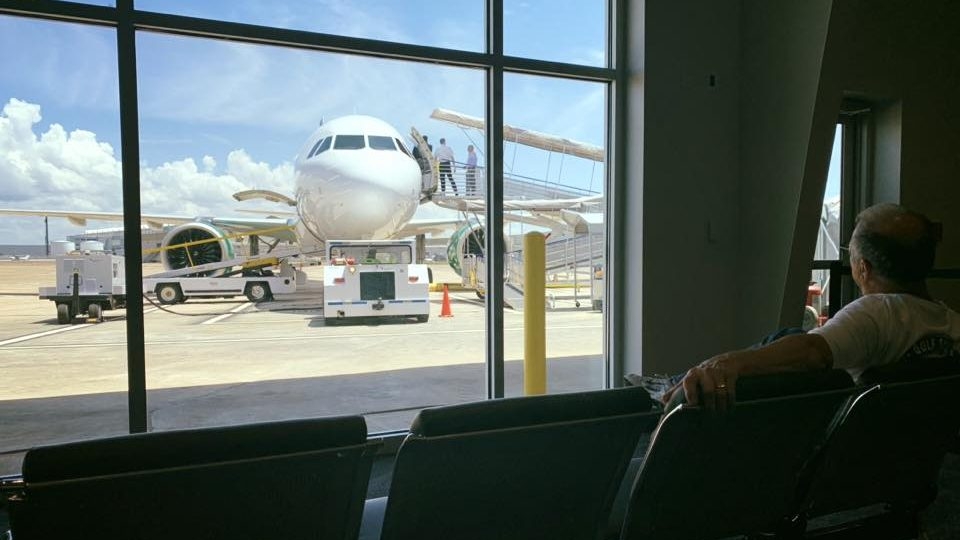 A view out the window of a terminal in Mobile Downtown Airport. (VIA MOBILE AIRPORT AUTHORITY)

The Alabama House of Representatives Thursday passed a bill that would exempt airports from sales and use taxation.

Senate Bill 11 is sponsored by Sen. Sam Givhan, R-Huntsville. The legislation was carried on the House floor by state Rep. Rex Reynolds, R-Decatur.

Reynolds explained that airports had long been tax-exempt, but an administrative error had resulted in the airports potentially losing that tax exemption. This legislation corrects that.

Reynolds asked the body to accept an amendment by the House Ways & Means Education Committee to make this bill exactly like the version that the House had already passed.

When the bill was being considered by the Senate Finance and Taxation Education Committee, Givhan said that historically airport authorities have been tax-exempt; however, “a new interpretation of the law says that airport authority are not exempt from taxes.”

“They are creatures of the state,” Givhan said. “I am trying to restore where they were before this reinterpretation.”

According to the bill synopsis:

Thursday’s vote meant that the bill has been passed by both houses of the Alabama Legislature and can now go on to the desk of Alabama Gov. Kay Ivey for her consideration.

Thursday was day 23 of the 2021 Legislative Session.