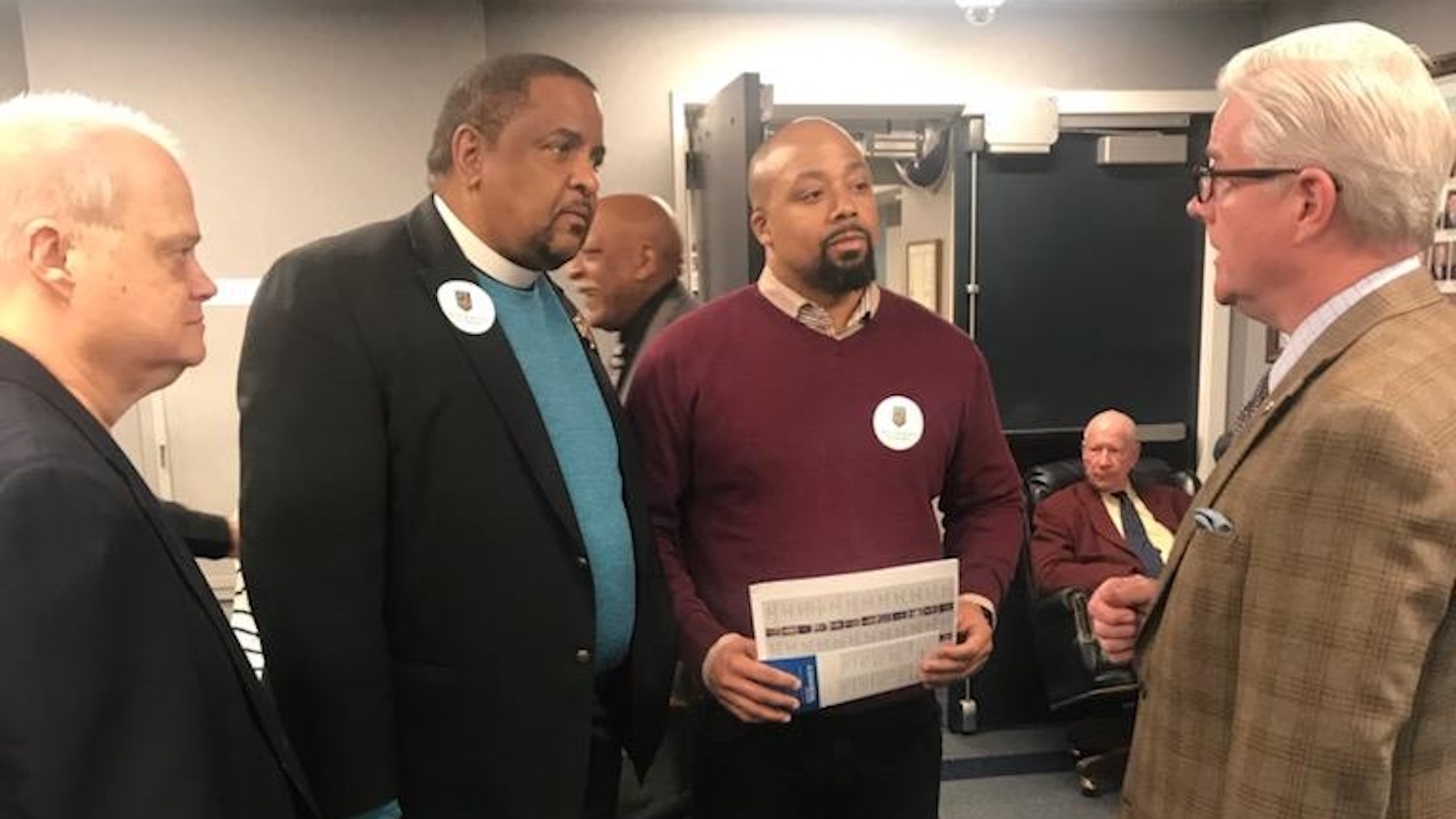 An interfaith group of local religious leaders is lobbying state lawmakers for the passage of a bill that would make it easier for people who have been released from prison to regain their right to vote.

People are currently required to apply to be registered to vote, which also requires that they know the status of any outstanding fines and fees they owe. To get that information, they have to navigate the prison system bureaucracy to track down accurate, up-to-date figures. The bill, Senate Bill 118, makes their registration automatic once they’ve paid what they owe or can show the court that they’re making a consistent good-faith effort to make payments.

“This is about redemption. This is about second chances, which is central in faiths across the spectrum,” said Daniel Schwartz, executive director of Faith in Action Alabama.

The bill was passed by the Senate last month and is now before the House of Representatives’ Constitution, Campaigns and Elections Committee.

Faith in Action sent a letter signed by more than 90 Alabama clergy to Speaker of the House Mac McCutcheon on April 8 urging him to support the bill. Organizers met with him in February to discuss it and have reached out to other officials for their support.

The group’s community organizer for the issue is JaiGregory Clarke, who got out of prison four years ago. Since then, he has worked with Faith in Action while raising his family, remaining employed, starting a business, paying taxes and doing violence intervention work in Birmingham, he said. For him, voting is another important step in rejoining society as a productive citizen.

Ultimately, it’s about restoring dignity, he said. After helping him work some voter engagement events, his 14-year-old daughter asked him who he was voting for.

“And it broke my heart to have to tell her that I had lost my right to vote,” he said.

The bill’s sponsor, Sen. Linda Coleman-Madison, said the legislation was amended to address concerns that some of her Republican colleagues had. She originally wanted people to be automatically returned to the voter rolls when they’re released regardless of outstanding fines. Sen. Sam Givhan was one of the colleagues she reached a compromise with.

“Many of us felt like that’s part of someone repaying their debt to society and should be handled before going in and restoring those constitutional rights to vote,” Givhan said.

The bill was amended to require that a person reaches the end of the full term of their sentence if they are released early. Payment of restitution to victims must be completed. Payments of fines would need to be made consistently for a year or proven to the court that a good-faith effort was made to do so. For people who just don’t have enough income, it gives the option of a payment plan or a community service plan, or a combination of both, as an alternative.

Everybody felt like it was a good resolution, Givhan said.

Cam Ward, director of the state Bureau of Pardons and Paroles, was an advocate of a similar measure as a state senator and has lent his support to the current bill. His agency would be most responsible for implementing the proposed changes.

The vast majority of offenses are property crimes, so requiring restitution to victims before voting eligibility was critical to the bill passing the Senate, Ward said.

It’s more important as a question of fairness than the ability to cast a ballot, he said.

“It’s more about just their self-respect and dignity,” he said.

Ward expects it to pass the House and go to Gov. Kay Ivey’s desk, he said.

Clarke also said he’s optimistic. Issues like this have been on the minds of Americans for decades, he said, and he feels like Alabama is primed for change.

“Just because things have been a certain way for a certain length of time doesn’t mean they’re going to stay that way, and I think people are ready, largely, across the country for things to change,” he said.

In this article:Alabama Bureau of Pardons and Paroles, Featured, lobbying, voting rights