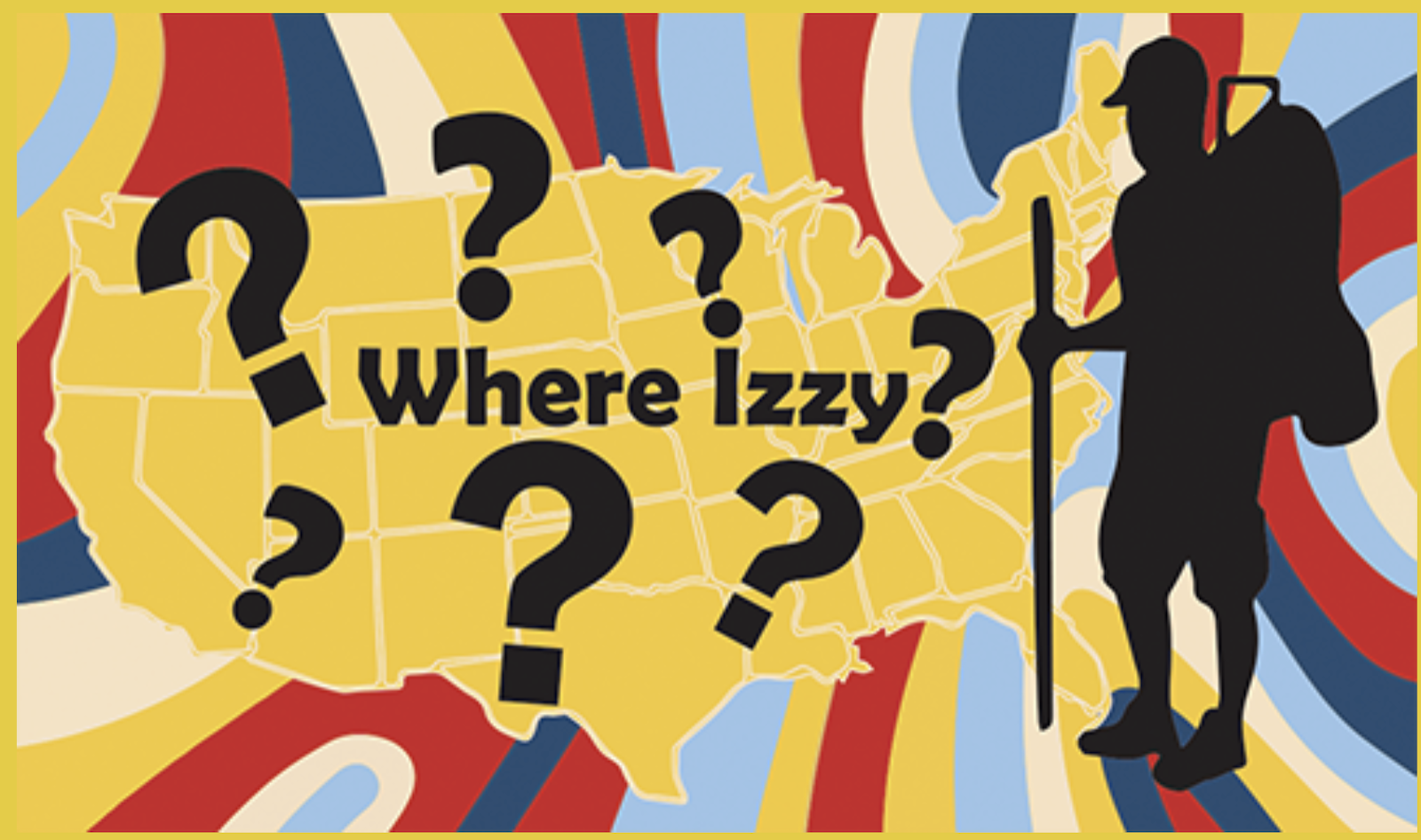 (VIA WHERE IS IZZY)

Alabamians love Forrest Gump.  Although fictional, Forrest may be the state’s favorite son, and like any good son, Forrest loved his Mama.  After her death in the film, he decided to go for a run.  He said, “for no particular reason, I just started running.”

Along the way, the media began to cover Forrest’s run. The coverage inspired others to follow him for parts of his journey. Referencing his run Forrest said, “for some reason what I was doing just made sense to people.”

While not yet as high-profile as Forrest Gump, there’s a real-life story of a man walking across the country that is also providing inspiration and raising awareness for something that makes sense to people: placing term limits on Congress. His name is Tim Israel, “Izzy.”

Like Gump, Izzy’s entire life is interesting, but for the sake of brevity we’ll pick up in 2020 at the beginning of the Covid-19 Pandemic.  He was working in the music industry for a very well-known country music star. Like every other industry that suffered from the economic fallout from Covid, the music business was hit hard. Izzy lost his job.

While reflecting on his life, which includes serving time in the U.S. Navy, raising six children and working countless hours in the music industry, he identified a clear culprit—Congress. He thought about their lavish salaries and perks, how they passed legislation that ruled over the American public but didn’t apply to them, held swank thousand dollar fundraising dinners for lobbyists to gain influence. He realized how detached Congress is from the people they are supposed to represent. Just like Forrest, Izzy began a little journey.

Izzy has heard a lot of broken promises from music executives. He’s also heard a lot of promises from politicians that were never honored.  He remembered the Economic Collapse of 2008 and how corporations received bailouts from the Federal Government because they were “too big to fail.” And quite frankly, he felt Congress’ response to the working men and women has been lacking. Izzy asked himself how those who lost their jobs couldn’t also be considered “too big to fail” and he made up his mind that he was going to do something about it.

When I first heard about Izzy, my boss called me and said, “hey, there’s this guy who is walking across country trying to raise awareness for congressional term limits and I want you to go meet with him.” My first thought was, I work for US Term Limits (a non-partisan, not for profit organization, dedicated to seeing term limits placed on Congress) and the thought of walking the United States to raise awareness for congressional term limits never once crossed my mind. So in a way, I felt I owed it to Izzy to go meet him.

After sitting down with Izzy at a local Mexican restaurant and asking him a few questions, it was easy to see his passion and dedication. By the time we met, Izzy, who had carried a 50 lbsbackpack, had walked from the Florida Keys to Ozark, Alabama (more than 800 hundred miles) before a severe ankle sprain sidelined him for a bit at a friend’s home in Albany, Georgia (he didn’t know anyone who lived closer). He mentioned that a friend was going to drop him back off in Ozark once his ankle was healed enough to continue.  Since I live in Montgomery, I told him I would be glad to pick him up and drop him off a little farther up the road if he’d like but he responded, “Congress cheats, I don’t.” That’s when I realized Izzy has something that Congress does not: integrity.

When I left the meeting I felt excited but also like I wasn’t doing my part. Afterall, Izzy is willing to sleep in woods and fields, face physical exhaustion, go days without showering, occasionally put himself in harm’s way, and miss precious time with his family.  While there was a sadness to his story, it was inspirational.  He spoke about his kids and how he wanted to do something that would have a positive, lasting effect for generations to come. And Izzy believes bringing awareness to Congress’ greed and perpetually not addressing issues that benefit Americans is a problem. Correcting that wrong became Izzy’s call.

So, if you see Izzy as he walks the Alabama portion of his journey, yell some words of encouragement as you pass or better yet, drive to a store and grab a cold bottle of water and drop it back off to him.  He’d appreciate it. After all, he’s not just doing this for his children and grandchildren, he’s fighting for our future generations as well.