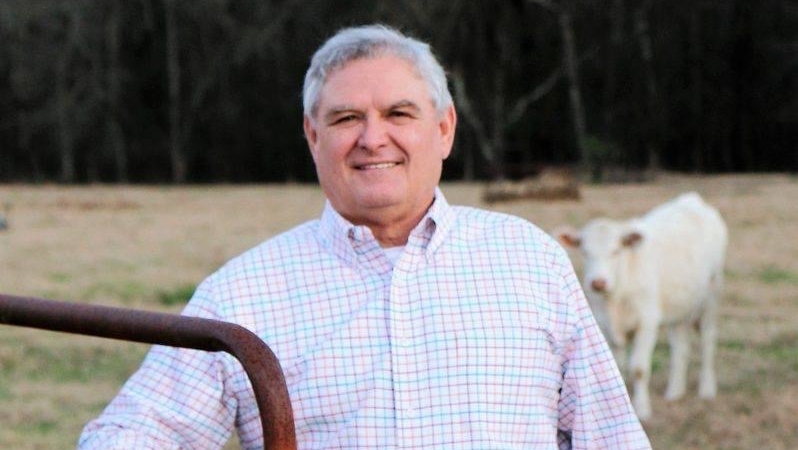 “It has been an absolute honor to serve as your Commissioner of Agriculture & Industries,” Pate said. “In my first term we accomplished so much, but more work is to be done. This includes keeping our food supply safe, abundant, and sustainable while helping our farmers and rural communities prosper. The agriculture stakeholders have been wonderful partners with me over the past few years.”

Pate is currently serving his first term as commissioner. During his term, the Alabama Department of Agriculture and Industries has implemented the statewide branding program, Sweet Grown Alabama; increased funding for the Alabama Farm to School Program; and successfully administered Alabama’s first industrial hemp program.

During the COVID-19 pandemic, Pate fought to keep agriculture listed as critical infrastructure, delivered essential personal protective equipment to processing facilities across the state and kept the Alabama Department of Agriculture and Industries functioning throughout the pandemic.

Pate was elected in 2018. Previously, he served as mayor of Lowndesboro for 14 years. He founded Pate Landscape Co. Inc. and spent 38 years running the company. In 2020, Pate was elected as a delegate to the Republican National Convention. He was also one of the nine Alabama Electoral College electors for former President Donald Trump.

Pate currently serves as chairman of the Lowndes County Republican Party and on the Alabama Republican Executive Committee.

Pate lives in Lowndesboro, Alabama, and is a member of the Lowndesboro Baptist Church. He and his wife, Julie, have been married for 33 years and have two adult sons.

Pate is the first of the state constitutional officers to announce their 2022 plans. State Auditor Jim Zeigler and Secretary of State John Merill are both term-limited from running for a second term. The governor, lieutenant governor, attorney general and treasurer are all constitutionally eligible to pursue a second elected term.

All 140 seats in the Alabama Legislature are up in 2022. There are also judicial races, two seats on the Public Service Commission, seats on the state school board and numerous county offices on the 2022 ballot.

With the primaries just a year away on May 24, 2022, the 2022 campaign fundraising season has officially begun. Unlike federal campaigns, under Alabama campaign finance law, there is no amount limit on donations from individuals. All seven of Alabama’s congressional seats are up for re-election in 2022 and there is an open U.S. Senate seat.