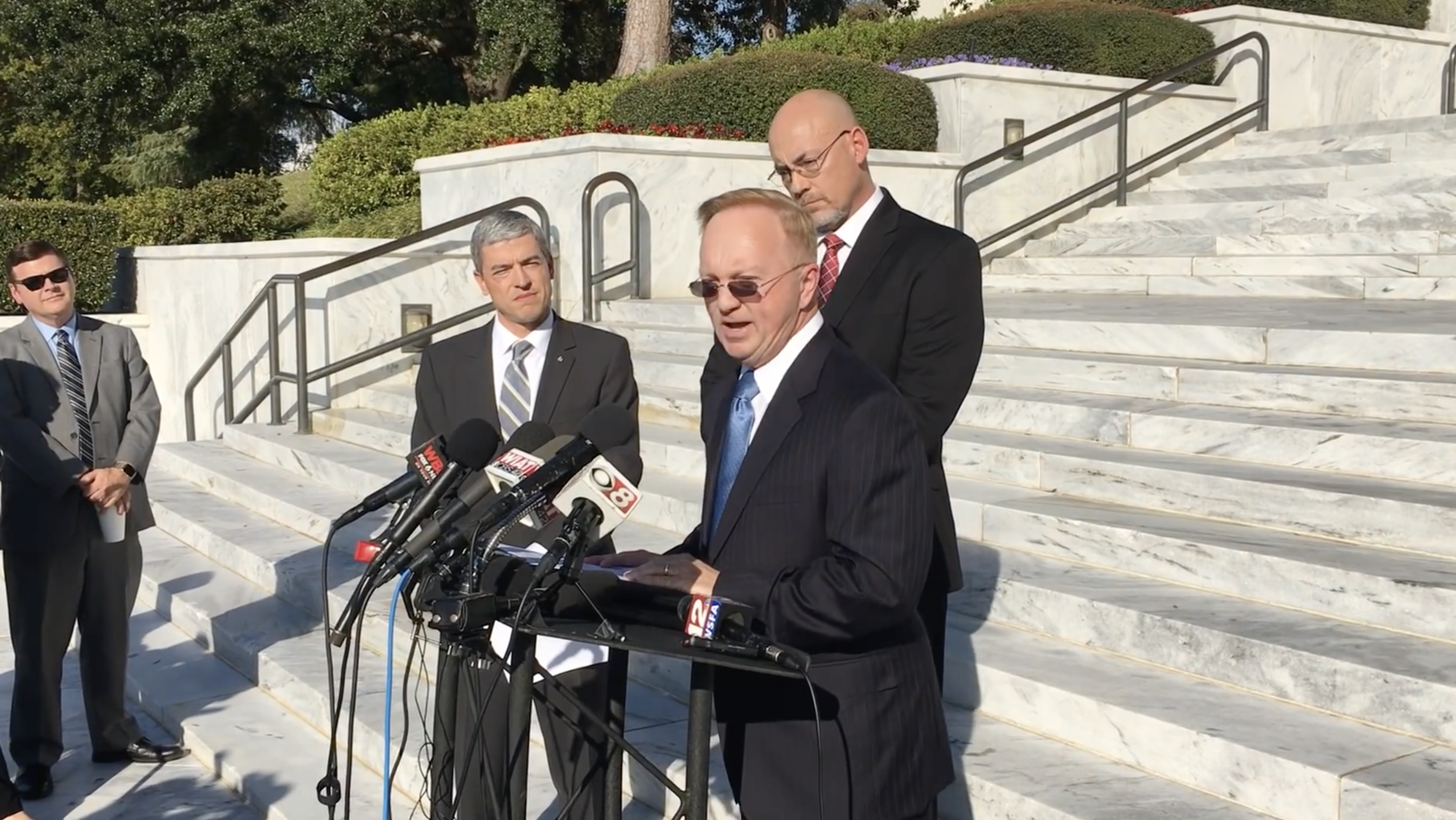 Stan Cooke speaking at a press conference in 2017 for Roy Moore.

Stan Cooke on Wednesday announced his candidacy for the Republican nomination for state auditor. The incumbent State Auditor, Jim Ziegler, a Republican, is termed limited and is not able to run for re-election.

“I want to serve as your state auditor for our great State of Alabama,” Cooke said in a statement. “I am a man of conviction, faith and integrity. As your state auditor, I will make certain that our government runs efficiently and effectively while streamlining and cutting the bureaucratic red tape. As a conservative Christian, I will make the people of our state proud while demanding accountability and transparency for your hard-earned tax dollars. It’s time to get to work and I am ready to serve you. I am humbly asking for your vote on May 24 in the Republican Primary.”

Cooke is the founder and president of an international Christian mission organization, Abraham’s Promise, that directs and supports benevolence programs in Israel, a Christian School in Israel, and educational and humanitarian programs in the Palestinian Territories, Jordan, Haiti, Trinidad and Tobago and Ecuador. Cooke has been involved in the promotion of democracy, capitalistic economies, human rights and freedom of religion efforts for over 35 years.

Cooke has degrees in various areas of study including theology, physical science, Biblical studies, pastoral ministry, Christian education, family counseling, comparative religion, education leadership and technology, and higher education administration from Lee University, The Jewish-Christian Institute and the University of Alabama at Birmingham-the University of Alabama dual degree program. Cooke has a doctoral degree. He is the first person in his family to graduate from college.

Cooke previously was a Church of God pastor in Kimberly. Stan served as a youth director and Christian education director while working full-time as a warehouse manager for Fisher Scientific, Medical Laboratory Associates, the Buyer/Inventory Control Manager for Immediate Business Systems and as an Instructor at Virginia College.

Cooke has over 35 years of experience in the ministry. Cooke also has served as a consultant with the International Offices of the Church of God in Cleveland, Tennessee.

Cooke’s 19 years of secular work experience includes summer jobs at the V. J. Elmore’s warehouse in Homewood, Alabama, and at several coal mines operated by Drummond Coal to earn money to be able to attend college. He has worked in several industries.

Cooke is married to Linda Michelle Cooke. Michelle works full-time as a word processing specialist for a large Birmingham law firm. They have two adult children.

Cooke has previously run for state auditor and Congress.