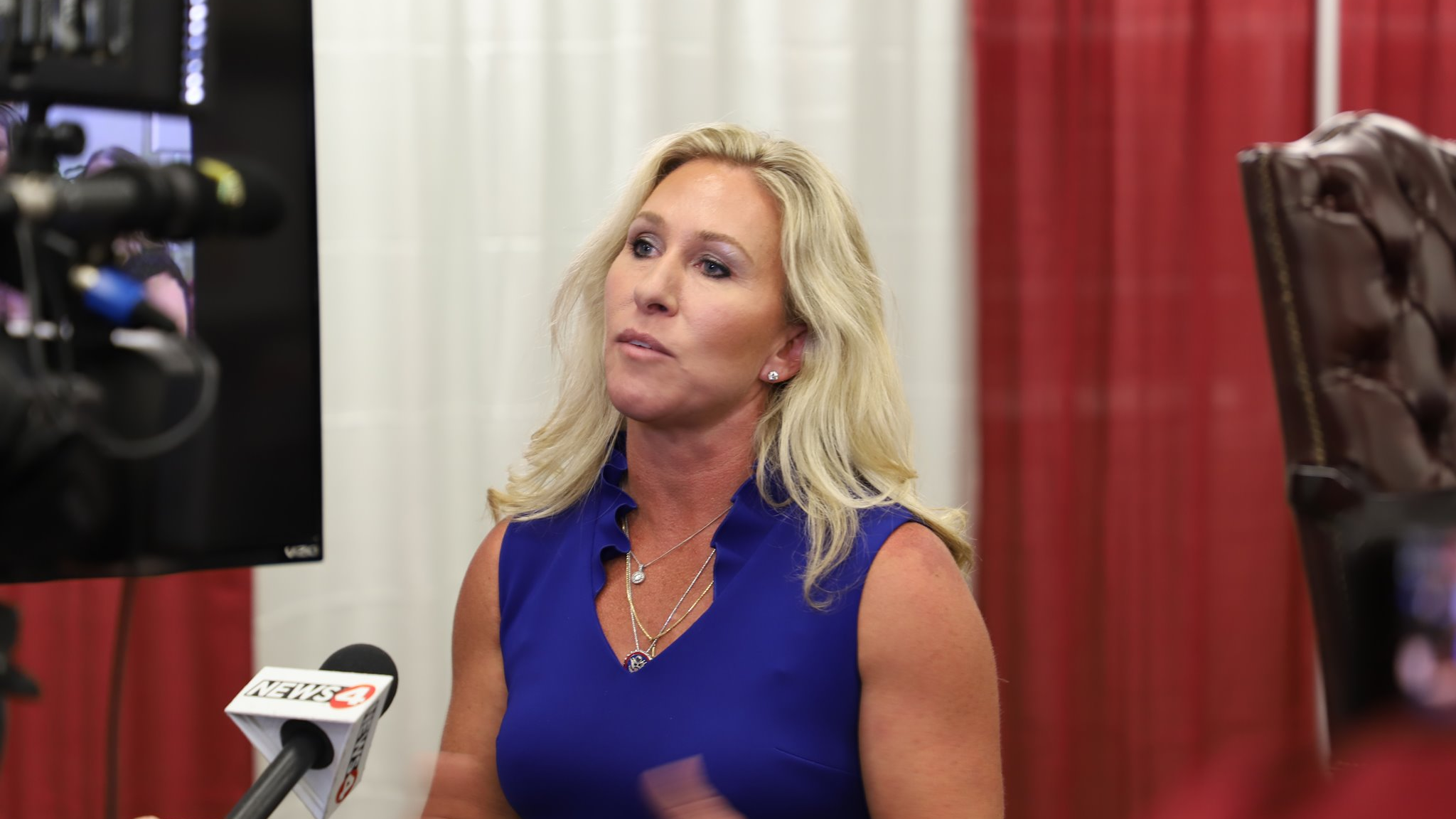 Congresswoman Marjorie Taylor Greene, R-Georgia, endorsed Congressman Mo Brooks, R-Alabama, on Friday in his bid for election to the U.S. Senate. Greene made the comments to reporters during her visit to Dothan where she addressed the Alabama Federation of Republican Women.

“I can tell you that I absolutely adore Mo Brooks,” Greene told reporters. “I have worked with him. I am grateful for his support; and he is a staunch conservative. I know his voting record. I know his heart and how he is devoted to our country and our freedom; and that is why I am firmly standing with Mo Brooks, just like President Trump has endorsed him.”

“Thank you, Rep. Marjorie Taylor Greene for joining President Trump and supporting my conservative campaign for U.S. Senate!” Brooks said in a statement.

The Alabama Democratic Party has been openly critical of both Brooks and Greene and were quick to pounce on the news of the endorsement from Greene in a statement to supporters.

“It’s a big day for the Mo Brooks campaign!” the Alabama Democratic Party wrote to supporters. “He’s the proud recipient of an endorsement of yet another bigoted, partisan, extremist … none other than Marjorie Taylor Greene herself.”

“That’s right. The frontrunner for the GOP nomination in Alabama for U.S. Senate accepted the endorsement of the woman who believes the Sandy Hook shooting was faked, said wildfires were started by Jewish space lasers, and called for Nancy Pelosi’s execution,” the Democrats continued. “Today, his campaign boasted the support from ‘American First Patriots like President Trump, Rep. Marjorie Taylor Greene, and Sen. Rand Paul.’”

“Trump, Greene, and Paul are not ‘patriots,'” the ADP continued. “If Mo Brooks thinks so, he’s not fit to serve the people of Alabama, and he’s certainly not fit to be a U.S. Senator.”

Greene said that she met with Brooks when she found out that he was attempting to challenge the 2020 election results. Greene said that she agreed to support Brooks’ efforts to not certify the Electoral College results and that she was the third member of the House to do so, behind only Brooks and Congressman Barry Moore, R-Alabama.

“She has been an excellent and consistent vote,” Brooks said of Greene. “She is voting 10o percent accurate on every bill that comes on the House floor.”

“Turns out trying to steal the votes of 81 million Americans made Brooks and MTG thick as thieves,” the Alabama Democratic Party responded. “Two peas in a prejudice pod. Mo and Marjorie aren’t stoking the flames of hate to help Alabamians. They’re just trying to rile up the most extreme in their party to win this primary. Let’s send him packing.”

“We have the highest name recognition and widest support,” Brooks added, saying that his campaign’s goal is, “To win this without a runoff.”

Brooks and Blanchard were both in attendance at the Republican Women event.