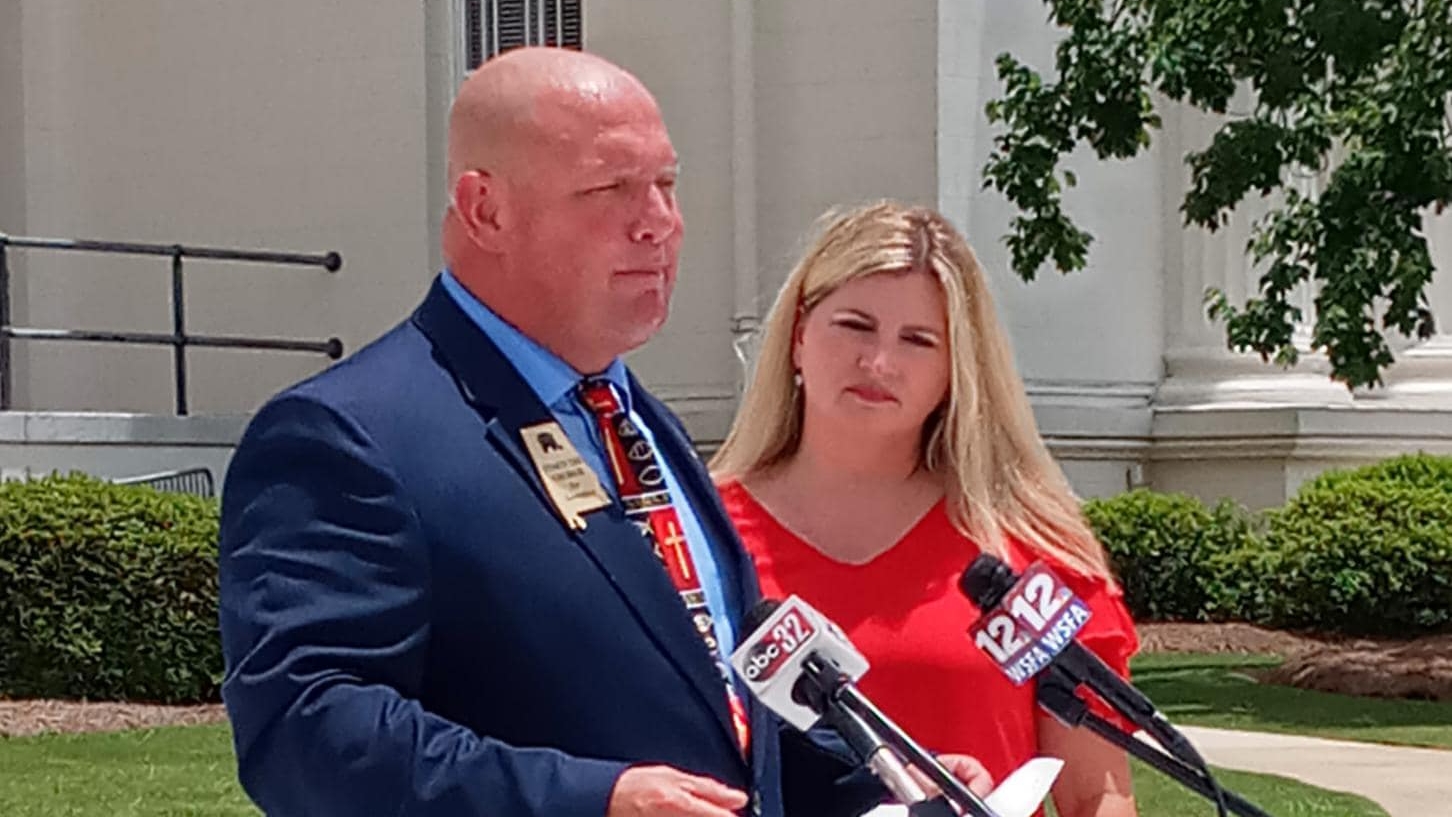 Former Morgan County Commissioner Stacy Lee George on Friday promised that if he is elected governor of Alabama that no business will ever be shut down due to COVID-19, flu or any other reason.

The GOP gubernatorial candidate said Friday that his campaign has reached the threshold in contributions that it has had to file a report with the Alabama Secretary of State’s Office.

“We declare Friday the 13th a good day in Alabama for the Stacy Lee George for Governor Campaign,” George said in a statement.

George claimed that his campaign was being backed by business owners who are displeased with Gov. Kay Ivey’s decision to order that private businesses and churches be shut down in the early weeks of the COVID-19 crisis.

“Business Owners have made a conscious decision to stand with someone as Governor of Alabama to ensure that for the next 4 years no existing small business, new small business, existing large business, large new business, etc. will NOT be shut down under ANY conditions dealing with any strand of Covid-19, flu, or any other reasons,” George said.

Some businesses failed after being ordered closed for weeks in 2020 while big-box retailers like Target and Wal-Mart were allowed to remain open because they also sell groceries thus were considered essential.

“A Governor George administration will never pay individuals more money in unemployment wages to sit at home than they were being paid in wages at their job to work,” George said.

Ivey announced that the state would no longer accept additional COVID aid for the unemployed earlier this spring. George says that he will never allow the federal government to subsidize unemployment checks beyond the standard amount.

George also announced that he has found a publisher for his autobiography about his crusade to end corruption in Morgan County as a member of the Morgan County Commission and his campaign’s reporting of 2014 campaign finance violations by the Robert Bentley campaign. Bentley defeated George handily in the 2014 Alabama Republican primary; but George, along with State Auditor Jim Zeigler, filed ethics complaints that ultimately resulted in Bentley resigning rather than face impeachment by the legislature.

“On a personal note, we also signed a book deal today with a large publishing company that has been in business for more than 3 decades,” George said. “This book will be called “Let George Do It”. It will be published in around 90 days, and it will tell a quarter of a century story about an impossible task that turned out to be possible.”

“After reading this book the people of Alabama will decide that they will let Stacy Lee George Do It because he has already done it in Morgan County Alabama,” George said. “He is a man of his word.”

No incumbent Republican Governor in Alabama during the modern era has ever lost a Republican primary. That has not deterred George or Lee County Pastor Dean Odle from challenging Ivey. Zeigler has also started an exploratory gubernatorial campaign. Marriage equality activist Chris Countryman is running for governor as a Democrat.