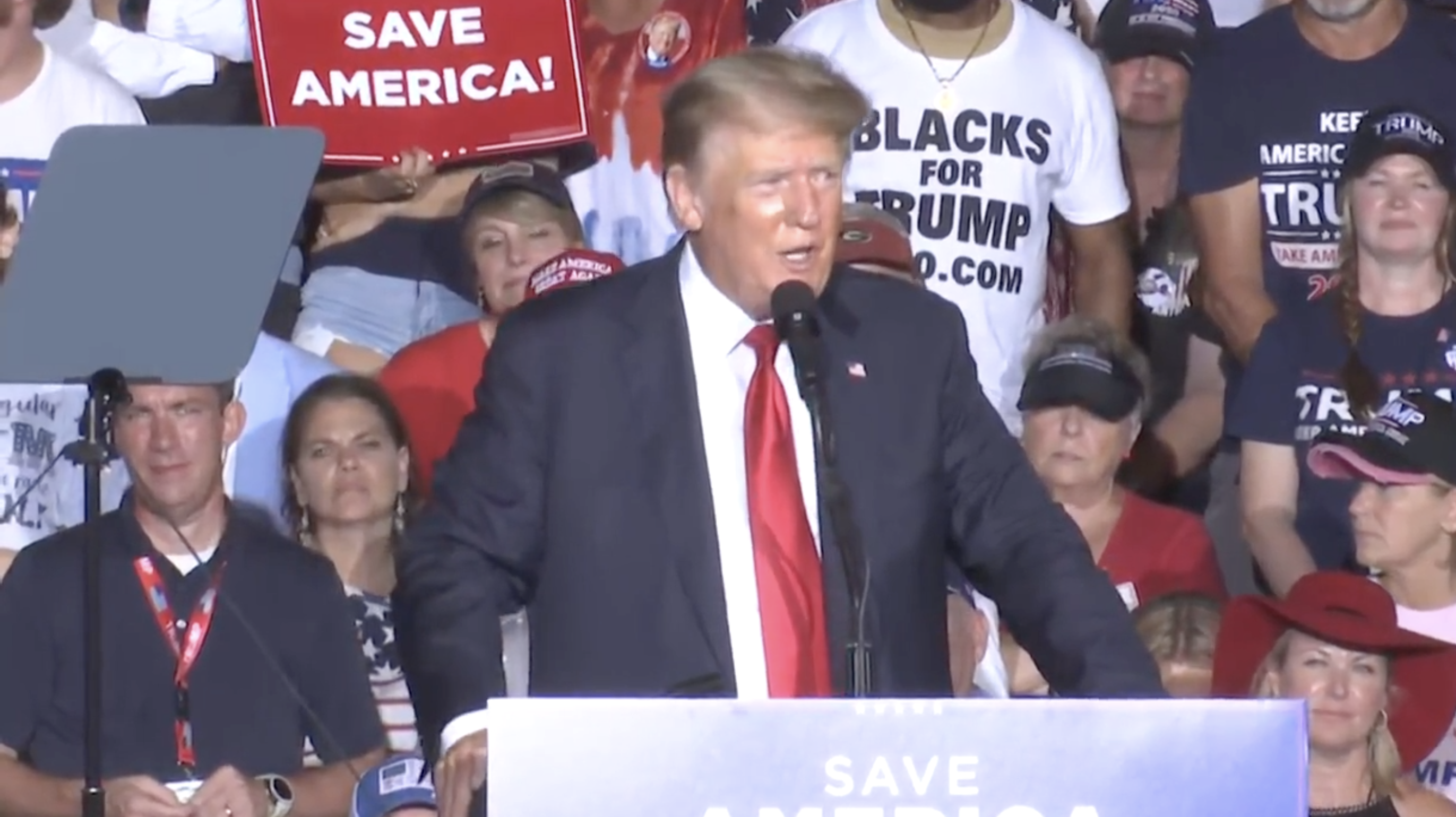 Republican former President Donald Trump on Saturday addressed his supporters at a rally in Cullman. Trump trumpeted a number of accomplishments of his presidency, including the development of not one, but three effective COVID-19 vaccines. Trump urged that his supporters get vaccinated for the coronavirus — the virus that causes COVID-19.

The statement elicited boos from many of his supporters, the only line that did out of his one-hour and twenty-minute monologue.

“No, that’s OK, that’s alright,” Trump said in response. “You’ve got your freedoms, but I happen to take the vaccine. If it doesn’t work, you’ll be the first to know, OK? I’ll call up Alabama and say, ‘Hey, you know what?’ But it is working. But you do have your freedoms, you have to maintain that. You have to keep schools open.”

Trump credited his operation warp speed with producing the vaccine in record time.

Alabama Gov. Kay Ivey similarly urged Alabamians to get the vaccine in comments to reporters in Sylacauga on Friday.

“A year ago, we prayed for a miracle drug that would make this go away,” Ivey said. “I have had my shots.”

“It is up to the individual citizen to make sure that they get the shot,” Ivey said. “We have a solution at our fingertips. We can get this behind us.”

As of Friday, just 36.3 percent of Alabamians are fully vaccinated for the coronavirus. There are three different COVID-19 vaccines available in the U.S.

Trump touted Brooks’ campaign for U.S. Senate, touted his own achievements, and blasted what he called President Joe Biden’s competence, and job performance.

“Biden’s botched exit from Afghanistan is the most astonishing display of gross incompetence by a nation’s leader, perhaps at any time,” the former president said of his rival’s handling of the U.S. withdrawal. “This is not a withdrawal. This was a total a surrender.”

Trump defended his decision to withdraw from Afghanistan but claimed that Biden did not use his plan. Trump also attacked President George W. Bush’s decision to get us involved in the Middle East to begin with.

Trump also maintained his supposition that the 2020 election was stolen from him due to widespread election fraud. Many of his supporters are calling for Trump to run again in 2024.

The Alabama Republican Party is raising money in order to be able to afford to send Republican volunteers from Alabama to swing districts around the country in order to retake the U.S. House of Representatives. The former president supports these efforts.