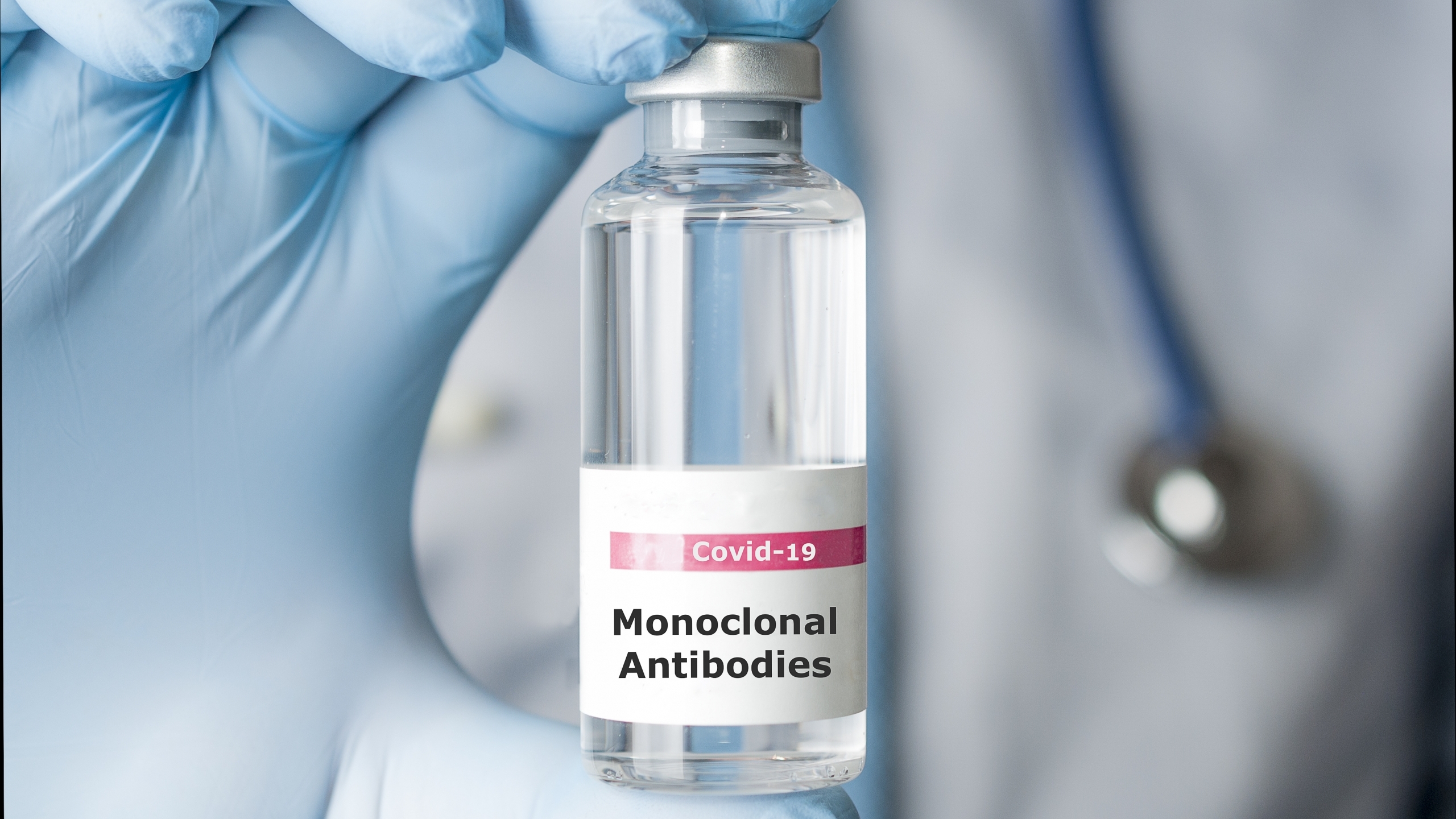 Monoclonal antibody infusions can dramatically reduce the chances that a COVID-19 infected person would need hospitalization, if given quickly enough, but the increasing numbers of those needing the treatment is putting strain on already stressed hospitals that administer it.

The Alabama Department of Public Health has been working to increase the number of medical providers that can offer the life-saving treatments, with a few dozen added last week and more coming soon, said Alabama State Health Officer Dr. Scott Harris during a Friday briefing. Staffing and space are limiting factors, however.

“We do not want to wait for people to get sick, particularly high risk people, and then hope we’re able to get them to a monoclonal and then hope that it works,” Harris said.

Monoclonal antibodies stand the best chance of working if administered within 10 days of the first signs of symptoms, but works best if given within the first five days, medical experts say. The treatments are free and can reduce the chances of the need to hospitalize a COVID-19 positive person by 70 percent, according to the Medical Association of the State of Alabama.

Even those who do not have symptoms but who test positive and have other health conditions can benefit from monoclonal antibody treatment, physicians said during a Facebook Live discussion Thursday hosted by the Medical Association of the State of Alabama.

The state has been relaxing the requirements a person must meet to receive monoclonal antibody treatment, but those requirements include those 65 and older, the obese and overweight, pregnant women, those with diabetes or other medical conditions, according to the association.

“Here in Montgomery, our centers both at Jackson and Baptist Hospital in June, we did four infusions that month. In July, we did 100. We’ll have done 2,000 infusions this month alone, and we’re trying to even double that,” Dr. David Thrasher, a critical care pulmonologist at Jackson Hospital in Montgomery, said during the association’s discussion.

Dr. Michael Saag, an infectious disease researcher and physician at UAB, said during the Thursday discussion that even if a person is vaccinated against COVID-19, they can still receive monoclonal antibody treatment, which can have a “doubling effect” for them.

There are more than 150 locations across Alabama that can administer monoclonal antibodies, but many aren’t set up to take walk-ins, Harris said. He encouraged anyone seeking the treatment to contact their medical provider and ask where they can receive the treatment.

“For those who are seeking monoclonal antibodies and who don’t have a physician, many urgent cares are providing the service and we would ask you to contact them and see what resources are available,” Harris said.

Dr. John S. Meigs, Jr., a family practice physician in Bibb County who has been administering monoclonal antibodies, said during Thursday’s discussion that one limitation to the treatments is the staffing needed to administer them.

“It takes staff to do the IV infusion. Some of patients are going to be with you for three, four hours,” Meigs said.

Harris said there are discussions being had with other health care professionals who aren’t currently administering monoclonal antibodies but could possibly do so.

“We’re working on plans to see if we can do that, but we’re also just trying to hire staff. We’re trying to find resources from out of state that can come to Alabama and help set these up,” Harris said.  “One of the bigger groups is negotiating with six different hospitals right now, in order to be able to set up infusion locations. We’ve got another vendor that’s looking at a couple of other locations.”

“We’re trying to find people who can do this for us, but as Dr. Meigs said, they’re just not enough staff to go around,” Harris said.