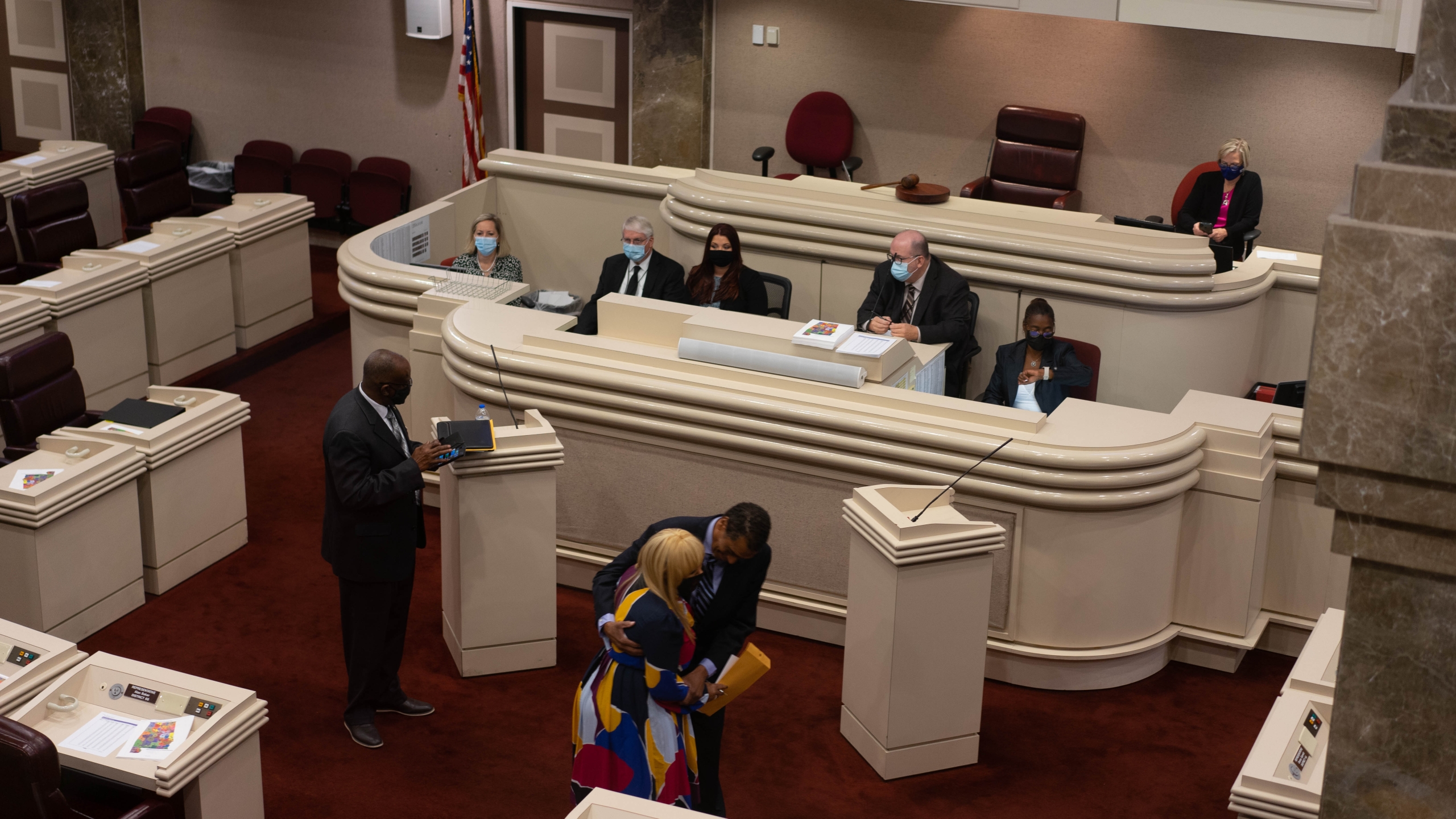 The floor of the Alabama House of Representatives during a special session on redistricting. (JACOB HOLMES/APR)

The Alabama House of Representatives has approved a new congressional district map after more than two hours of debate on the floor Monday.

Several lawmakers, including Democrats and Republicans, introduced their own substitutes during the debate, but all were rejected by the body.

The plan maintains one majority-minority district.

Some Republicans broke rank to vote against the plan, several of whom had brought forward concerns about the new lines.

Rep. Mike Holmes, R-Wetumpka, brought forward a plan that would change Alabama’s Second Congressional District to shift from a sliver of Escambia County to take a piece of Monroe County.

State. Rep. Chris Pringle, R-Mobile, said that plan could put the state in hot water as it would leave Democratic Congresswoman Terri Sewell’s 7th Congressional District with four county splits, more than any other congressional delegate in the state.

“It’s going to be awfully hard to explain why we put that many splits in Sewell’s district,” Pringle said. “I think that we give the Democrats a tremendous advantage in I think Democrats would have a strong argument against us and the plan we adopted.”

Holmes had also said the House did not have the “accurate adequate information to make the kind of decision we’re being asked to make.”

“I’ve never seen this kind of confusion or frustration on anything we’ve faced in my eight years,” Holmes said.

The substitution was tabled by a 65-16 vote with 10 abstentions.

House Minority Leader Anthony Daniels engaged Faulkner, asking what the political reasoning was behind the substitution.

“I’m really disturbed, as diverse as we are trying to be as a state and country, individuals would be paying this close attention,” Daniels said.

Pringle motioned to table the substitution, stating his opinion that “it is a clear violation” of the Voting Rights Act.

“It changes the black voting-age population (in District 7) from 54.22 percent to 57.88 percent,” Pringle said. “They’re going to hang a racial packing charge against us.”

The House voted to table the substitution 51-18 with 24 abstentions.

Rep. Merika Coleman, D-Pleasant Grove, brought a substitution that she called the “fair and equitable plan” which split just four counties  — Jefferson, Mobile, Etowah and Lamar — but caused more deviation in district populations, most notably for District 6 which was 71 people underpopulated based on the target number.

Pringle said the map would put District 7 at 62.3 percent Black voting-age population and could bring a charge of racial packing.

“We have a plan that proves it can be a majority-minority district the way it is,” Pringle said. “If we pack it with more African-Americans, we are going to run afoul.”

Coleman argued that the map simply attempted to keep more whole counties together.