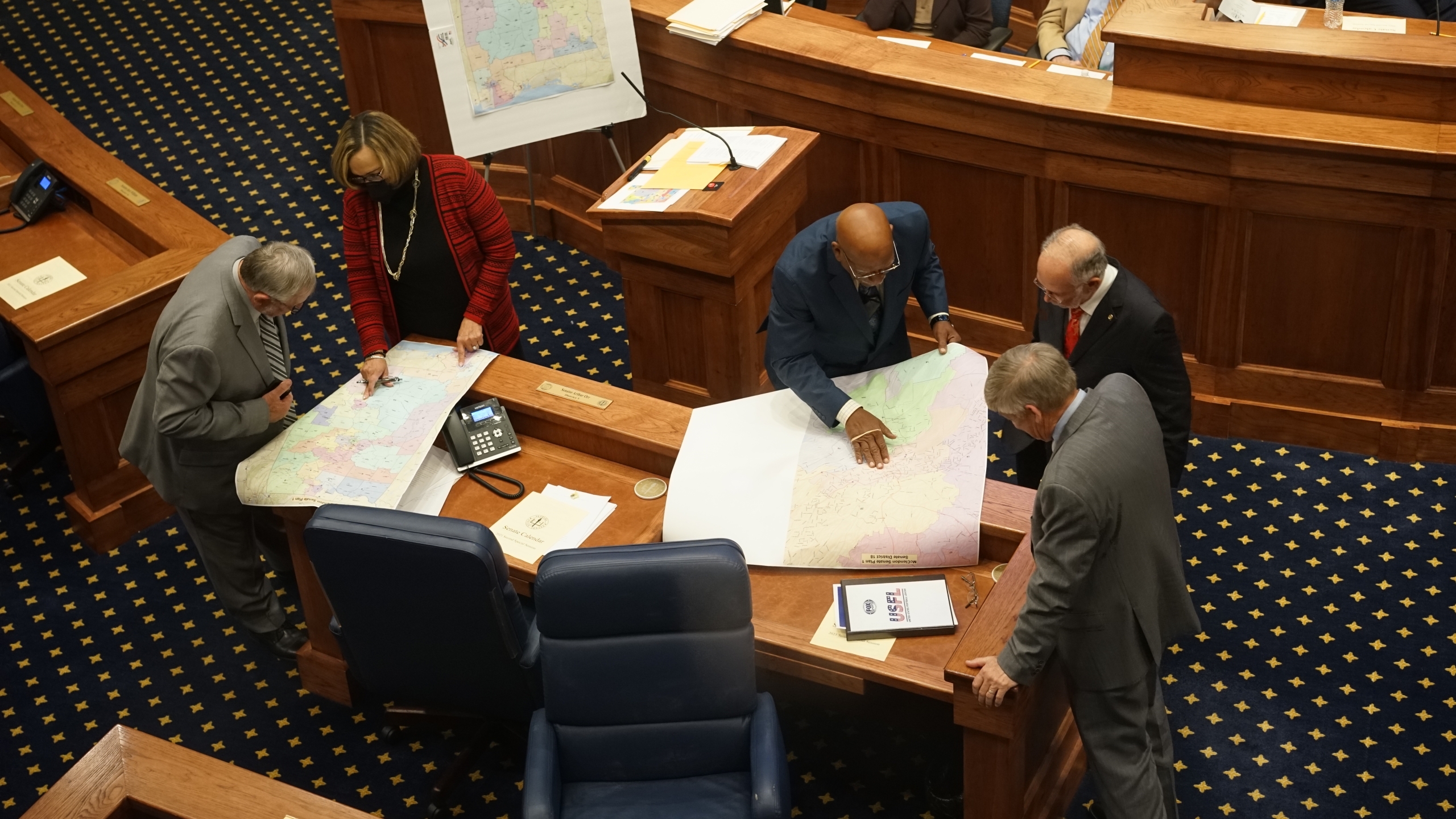 The Senate also unanimously approved Monday the use of $80 million in America Rescue Act funds for state hospitals and nursing homes.

“I want to say for the record that the whole county provision – you did take that argument away from me. You went whole county. My only argument I guess I have is unnecessary splits,” Singleton said.

In an interview with APR Monday, Singleton said Senate Democrats “didn’t get an opportunity to look into those districts that deep where we are” during the district drawing process.

Former Senate Minority leader Vivian Davis Figures, D-Mobile, said the recent addition of an overwhelming number of white voters to her district in Mobile county is an example of racial gerrymandering.

Figures said that District 33 — a majority-Black district that encompasses much of Mobile, and now a portion of the area around Blakeley in Baldwin County — might eventually be lost as a Democratic majority district.

“After it was announced that Senate District 33 had been put into Baldwin county–, there was an outcry of citizens there, saying they did not want to be a part of Senate District 33.” Figures said. “I think most of the citizens over there didn’t want their county to be split either.”

During her time at the podium, Figures said the overwhelming number of white voters added to her district was “one of the most explicit examples of racial gerrymandering in the history of this state.”

The two Senate bills now travel to the House for consideration.