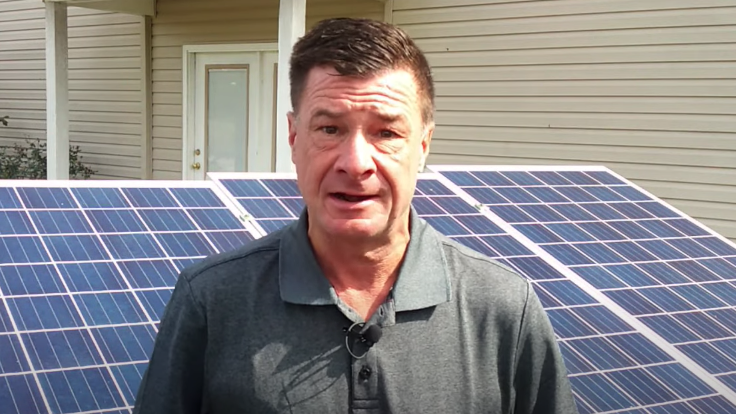 A former Alabama broadcast journalist has announced his run for Alabama’s Public Service Commission Place 1. Stephen McLamb is running as a Republican and advocates for expanding the use of solar.

“Every other state in the United States is moving forward with the use of renewable energy, particularly solar, but Alabama lags way behind,” McLamb said in a statement. “With the price of solar having dropped some 70 percent in the last decade, why are we not using the technology of the future that has no ongoing operational costs as well as no fuel costs? Putting cost-efficient solar-powered energy into the grid will help keep costs down for residents.”

McLamb also calls for the removal of solar fees, which are additional charges levied on homeowners who install solar systems on their homes. The Public Service Commission approved those fees.

“These fees are having a crippling, negative effect on Alabama residents’ ability to save money on their power bills as well as attracting solar industry jobs that are the jobs of the future,” McLamb said. “I believe Alabamians have a right to determine how they get their utilities without being punished by the Public Service Commission for simply wanting to save money on their electric bill. No other major power provider in the states around Alabama charges such fees.”

“If we remove those fees, Alabamians will be able to save money on their electric bill and renewable energy jobs will grow in this state,” McLamb continued.

McLamb is a Demopolis native and graduate of the University of West Alabama. He began working at WHBB/WDXX radio in Selma in 1993, and in 1996 moved to WAKA-TV in Montgomery. He then worked for WVLT-TV in east Tennessee before returning to Alabama to work in the work in WAFF-TV in Huntsville’s Sand Mountain Newsroom.

McLamb has worked as the administrative coordinator for the Marshall County Sheriff’s Office since 2019. Alabama’s Public Service Commission Place 1 is currently held by Jeremy Oden.