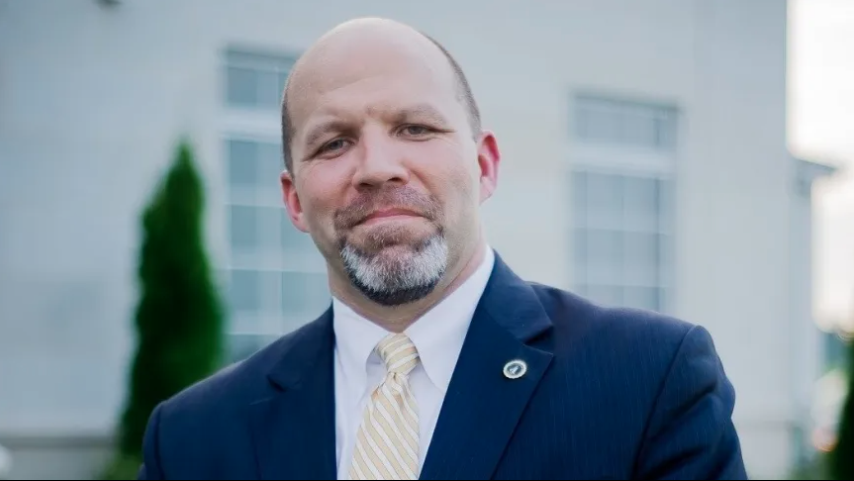 The former superintendent of the Athens City Schools System on Thursday pleaded guilty to conspiring with others to defraud the state by inflating the number of students enrolled in a virtual school.

Trey Holladay, 57, faces up to five years in prison and “substantial monetary penalties” according to a statement by the U.S. Attorney’s Office for the Middle District of Alabama. However, the government agreed to drop more than 80 additional counts against Holladay — most of which were various counts of wire fraud related to the conspiracy — and dropped all charges against Holladay’s wife, who participated in the scheme.

“When he entered his guilty plea, Holladay admitted that he, along with co-defendant Thomas Michael Sisk, superintendent of the Limestone County Schools system (LCS), conspired to fraudulently inflate the number of students enrolled in their systems,” the statement reads. “According to court records and information contained in Holladay’s plea agreement, Holladay and Sisk did so when they submitted to the ALSDE lists of enrolled students who were, in reality, full-time students at private schools located in other parts of the state.”

As a result of the fraudulent reporting the school systems received payments from Alabama’s Education Trust Fund as if the students actually attended public schools.

Holladay’s wife, Deborah, was accused in the federal indictment of establishing a bogus “consulting company,” which the Athens system allegedly paid to locate virtual students. In fact, the indictment alleged, the Holladays were simply being paid for the phony transcripts of private school students. Two other co-defendants — Greg Corkren and David Tutt — have admitted to operating similar businesses, with all involved raking in hundreds of thousands of dollars for “locating” virtual students that never actually enrolled in the Athens virtual school.

Holladay and his co-defendants offered laptop computers, access to online curriculum, standardized testing and money to entice private schools, mostly located in Alabama’s Black Belt, and gain access to those schools’ students’ private information, which they used to steal from the state, the press release states.

APR’s Josh Moon first reported about the FBIs investigation into Holladay in August when he reported that in less than three years, Limestone’s general fund budget swelled from a reserve balance of around $2 million to now more than $20 million. Athens had experienced a similar uptick in revenue the last five years.

And the investigation might not be over. According to a former lawmaker, the FBI and U.S. Department of Education were asking questions about other possible issues within Alabama’s virtual schools as late as this fall.