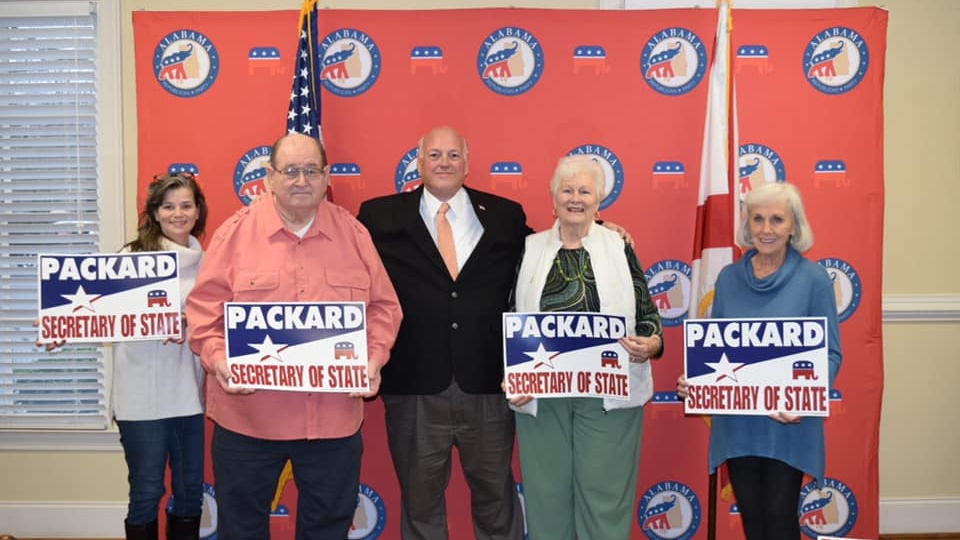 Former administrator of elections and longtime employee at the Alabama Secretary of State’s Office, Ed Packard, has qualified for the Republican primary for the office of secretary of state.

Packard, a graduate of Auburn University and resident of Prattville, announced his candidacy late last year, calling for post-election audits for elections conducted in Alabama.

In a statement after qualifying, Packard maintained his support for post-election procedural audits, prohibition of telecommunication devices in voting machines, and allowance for individuals with disabilities to receive and cast their ballot electronically — as members of the armed forces and their spouses do.

Each item would require the approval of the Alabama state Legislature, with Packard describing the items as an effort in “maintaining confidence in the electoral systems.”

In May, the Alabama Voter Confidence Act, a bill allowing the secretary of state and three probate judges to conduct a one-time audit in the wake of the 2022 General Elections, was signed into law by Gov. Kay Ivey. The audit would select three counties that “the gender, race, size, and geographical areas of the state,” according to the Secretary of State’s Office, with results of the audit posted online and on the courthouse doors of each of the selected counties.

“Confidence in our elections can be maintained only if election administrators faithfully execute the laws and procedures governing elections,” Packard said. “Similarly, the laws and procedures adopted by the Alabama Legislature should promote active participation in the act of voting and should not adversely affect Alabamian’s ability to vote their conscience. I stand ready to continue over 25 years of service to the people of Alabama in which I assisted in the protection of voters’ right’s when registering to vote and voting.”

Increased election security and transparency have become Republican talking points in the wake of the 2020 presidential election, along with unsubstantiated claims from former President Trump’s supporters and allies of widespread voter fraud in an attempt to subvert and overturn the election results.

Alabama’s current Secretary of State John Merrill has dismissed claims of voter fraud, releasing a 31-page informational publication on election misinformation and misconceptions and meeting twice with MyPillow CEO Mike Lindell, noted conspiracy theorist and a financier of the former president’s attempt to overturn the 2020 presidential election, to discuss false claims that 100,000 Alabama votes were “flipped” and election machines hacked.

Merrill likewise visited Trump to discuss election integrity, with the former president unable to “quit bragging on Alabama.” and the electoral work done by the Secretary of State’s Office, according to Merrill.

“Alabama’s voters expect and are due the ability to vote in elections that are free and fair,” Packard said in a statement released Thursday but made in December. “Alabamians should not have to be concerned about whether our elections have integrity and credibility.”

In 2006, Packard ran for secretary of state as a Democrat, eventually losing to then-incumbent Nancy Worley in the Democratic Primary. Packard later filed a complaint against Worley — who passed away late last year — alleging her campaign had solicited contributions from employees of the secretary of state’s office, an office that she headed. Worley was later indicted by a grand jury and charged with five misdemeanors and one felony, all of which were later dropped in 2007.

While Packard served as state election director in 2016, nearly 3 million electoral ballots required reprinting to include the complete language of a proposed amendment to the state constitution that the secretary of state’s office failed to include. According to the secretary of state’s office, the ultimate cost of the error was $459,690.80. As a result, Packard was demoted from the office.

The Republican and Democratic primaries are scheduled for May 24, 2022.