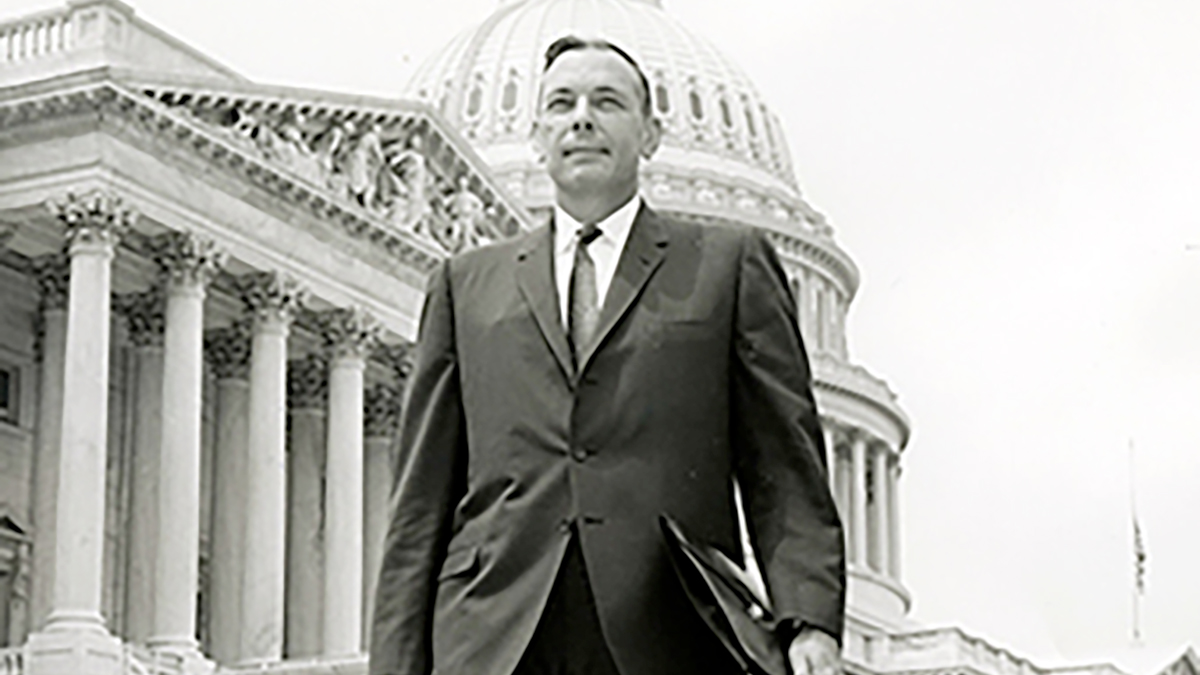 ​His family, staff, colleagues all share great stories on his childhood, WWII service, family and public service, including 15 terms in Congress from 1967 to 1997.

​Bevill’s understanding of government and Congress combined with his personality, optimism, and respect for all gave him the tools to make things happen for Alabama. Congressman Sonny Callahan said: “He was quiet, unassuming man. If you did not know, you would have never dreamed he was one of the most powerful men in the country.”

​Bevill was responsible for legislation that funded the country’s major energy research plus the nation’s water resource development projects.

​He developed the 125 municipalities in his district, worked to ensure all Alabamians had access to a good education, medical care, clean water, and jobs. In 1996, Bevill reflected: “We have worked together to build airports, highways, waterways, health clinics, school buildings, business centers, public buildings and 21st century technological centers. We’ve improved our quality of life in North Alabama.”

​Bevill was known for coalition building and action. He listened, he acted, always looking to the future. Known on Capitol Hill and in Alabama as “A Builder,” he developed a network of projects that strengthened the state by enriching its resources, economy, people and workforce.

On Thursday, April 9, the Business Council of Alabama (BCA) presented the Small Business Exchange on Alabama Public Television (APT). This event, designed to...