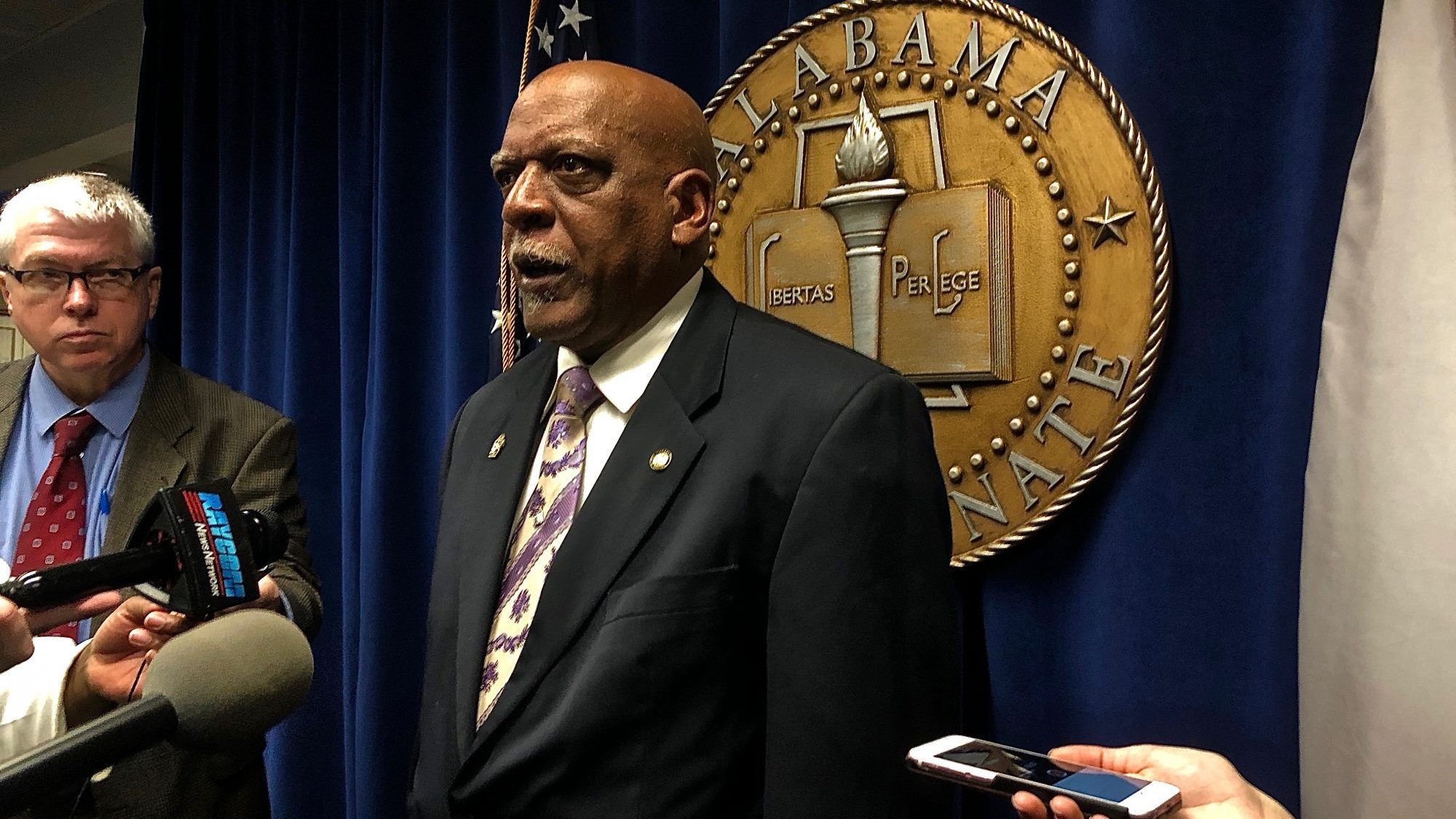 State Senator Rodger Smitherman, D-Birmingham, again on Thursday spent time on the Senate floor speaking to his concerns over a bill that would require the first stanza of the Star-Spangled Banner played at public schools.

Senate Bill 127, sponsored by state Sen. Gerald Allen, R-Tuscaloosa, would require the first stanza of the Star-Spangled Banner be performed at K-12 public school sporting events and “at least once per week at each public school during school hours,” according to the bill.

It’s the little-known third stanza that Smitherman is concerned about and that mentions slaves, which reads as follows:

“And where is that band who so vauntingly swore,

That the havoc of war and the battle’s confusion,

A home and a country, should leave us no more?

Their blood has washed out their foul footsteps’ pollution.

No refuge could save the hireling and slave,

From the terror of flight, or the gloom of the grave.”

“It belittles us as people,” Smitherman said on the Senate floor Wednesday. “We’re trying to pass a bill to make students, and African-American students at that, sit up and embrace this every week. That’s insulting and racist.”

Smitherman told the Senate on Thursday he planned to speak during each of his allotted hours of debate for each of seven bills placed on the day’s legislative agenda.

Sen. Will Barfoot, R-Pike Road, sponsored those seven bills on the day’s agenda. Senate Bill 92  would provide for the continuance of the Alabama Surface Mining Commission until Oct. 1, 2026. The commission had been set to expire as required by state law. SB92 passed after Smitherman’s allotted hour of debate concluded.

Barfoot’s other six bills would likewise allow for the continuance of the Board of Home Medical Equipment, the Alabama State Board of Prosthetists and Orthotists, the Alabama Sickle Cell Oversight and Regulatory Commission, the Alabama Construction Recruitment Institute and  the Alabama Real Estate Commission until Oct.1, 2023.

Smitherman continued to speak on several of those bills, but allowed them to move forward to votes without taking up his allotted hour on each, and instead promised to bring the matter up again when the Senate meets next week. The Senate concluded the day’s business just before 12:30 p.m.