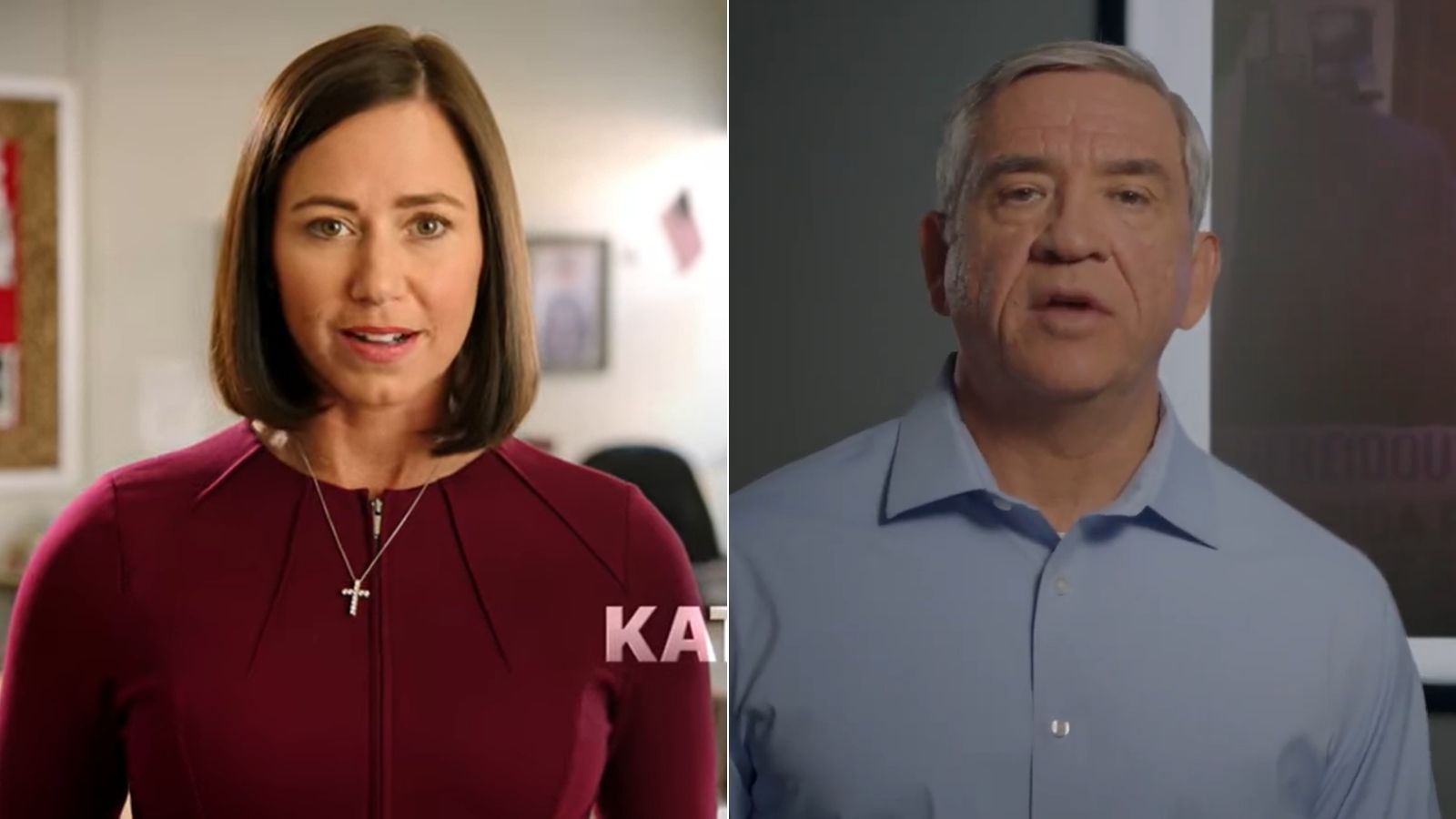 Alabama Senate candidate Katie Britt’s campaign says a claim in an ad by her competitor, Mike Durant, that she let abortion pills be supplied to teenagers while president of the University of Alabama’s student body isn’t true.

In the ad, a narrator makes that claim, among others, that Britt supported pro-abortion candidates and ads for Britt are paid for by a pro-abortion donor.

“The ad is an embarrassing lie and a sign of a crumbling, desperate campaign,” Sean Ross, Britt’s spokesman, told APR in a message. “Katie’s momentum is surging because Alabamians know that she’ll fight for our Christian conservative values, defend the sacred right to life, and advance the America First agenda. Mike Durant is trying to deceive the people of Alabama, and he’s hiding behind a narrator to do it, just like he hid from a debate.”

The ad in question followed the publication of an article on 1819 News that discusses Britt’s time as SGA president, and an October 2003 SGA Senate resolution that recommended the University’s Russell Student Health Center offer so-called morning-after pills.

According to the news outlet’s website, 1819 News is a wholly-owned subsidiary of the Alabama policy Institute, a right-wing Birmingham nonprofit.

The article cites a 2003 article in The Crimson White that discusses the passage of the resolution, noting that while doctors at the center prescribed the drug, the pills weren’t available at the center’s pharmacy.

While Durant’s ad calls the drug “abortion pills,” morning-after pills aren’t in fact abortive drugs, and cannot end a pregancy once a fertilized egg has attached to the uterin. Rather, the drug is an emergency contraception used after intercourse, in the event other contraceptives weren’t used, were ineffective or in cases of rape, and that will “likely prevent ovulation, fertilization, and/or implantation” according to Yale University.

Britt’s campaign in a message to APR noted that Britt neither supported the Senate resolution, which was the product of the student body’s Senate only, and Britt, as president, could not, and didn’t, vote on the resolution.

The 1819 News article doesn’t mention that at the time, Britt told The Crimson White in a separate article on Feb. 12, 2004, that she wasn’t sure she could veto a Senate resolution.

“I think the SGA president should have the opportunity to veto legislation that he or she does not agree with, and currently it is unclear whether the SGA president could do that,” Britt said in the 2004 article. “I would have questioned more resolutions if this discrepancy was cleared up.”

On the allegation in Durant’s ad that Britt “supported pro-abortion candidates for office,” Britt’s campaign said it’s not clear what the ad is referencing, but noted that the claim in the ad is accompanied by a twitter account that belongs to Montgomery Mayor Steven Reed. Britt didn’t vote for Reed, or support Reed’s election, according to Britt’s campaign.

That allegation appears to reference a $200,000 donation to a pro-Britt PAC from Hugh Culverhouse Jr., a major donor to the University of Alabama, who in 2020, asked students to boycott the university over his opposition to the state’s anti-abortion law, as reported by AL.com.

“Given the massive amount of people lining up behind Katie’s conservative Alabama First message, there are bound to be people with a wide range of beliefs on a host of issues supporting her candidacy,” Ross told AL.com for that article. “That does not influence her beliefs.”

Culverhouse told AL.com for the outlet’s article that if the U.S. Supreme court overturns Roe Vs. Wade, as a leaked draft ruling states the court plans to do, he’ll support that decision.

“I will absolutely follow whatever they say,” Culverhouse told AL.com “The second that the Supreme Court disavows what is the law today, then that will be my standpoint. I’m a federal lawyer.”

Durant’s ad also cites a Yellowhammer News article in which Drurant, Britt and Senate candidate and U.S. Rep Mo Brooks, R-Alabama, were asked “In one word, would you have voted to certify the 2020 election results?” Britt did not respond to the question, according to the article.

Durant’s ad makes an illogical leap and claims that because Britt, who was not in Congress at the time, declined to answer whether she’d have voted to certify the election results, that “resulted in a pro-abortion court justice” and showed footage of Ketanji Brown Jackson, who was appointed to the U.S. Supreme Court by President Joe Biden and confirmed by the Senate in April.

Britt’s campaign said Britt has vocally opposed Jackson’s nomination, but did support the confirmations of Justice Kavanaugh and Gorsuch when Britt served as Sen. Richard Shelby’s chief of staff.

A recent poll commissioned by a private third party shows that Britt leads among likely GOP primary voters, garnering 27 percent of respondents who said they’d vote for Britt, while Durant and Brooks each tied at 20 percent.

Durant is facing increasing pubic pressure to address statements from his sister that Durant purposefully tried to discredit her story of being sexually abused by their father. Mary Ryan spoke about the matter with APR in an exclusive interview.

Durant’s father had in fact confessed to Durant about the abuse, and in letters to his sister in the early 1990s, Durant apologized for at first failing to believe her. In interviews since, Durant has blamed his sister for her estrangement from the family.