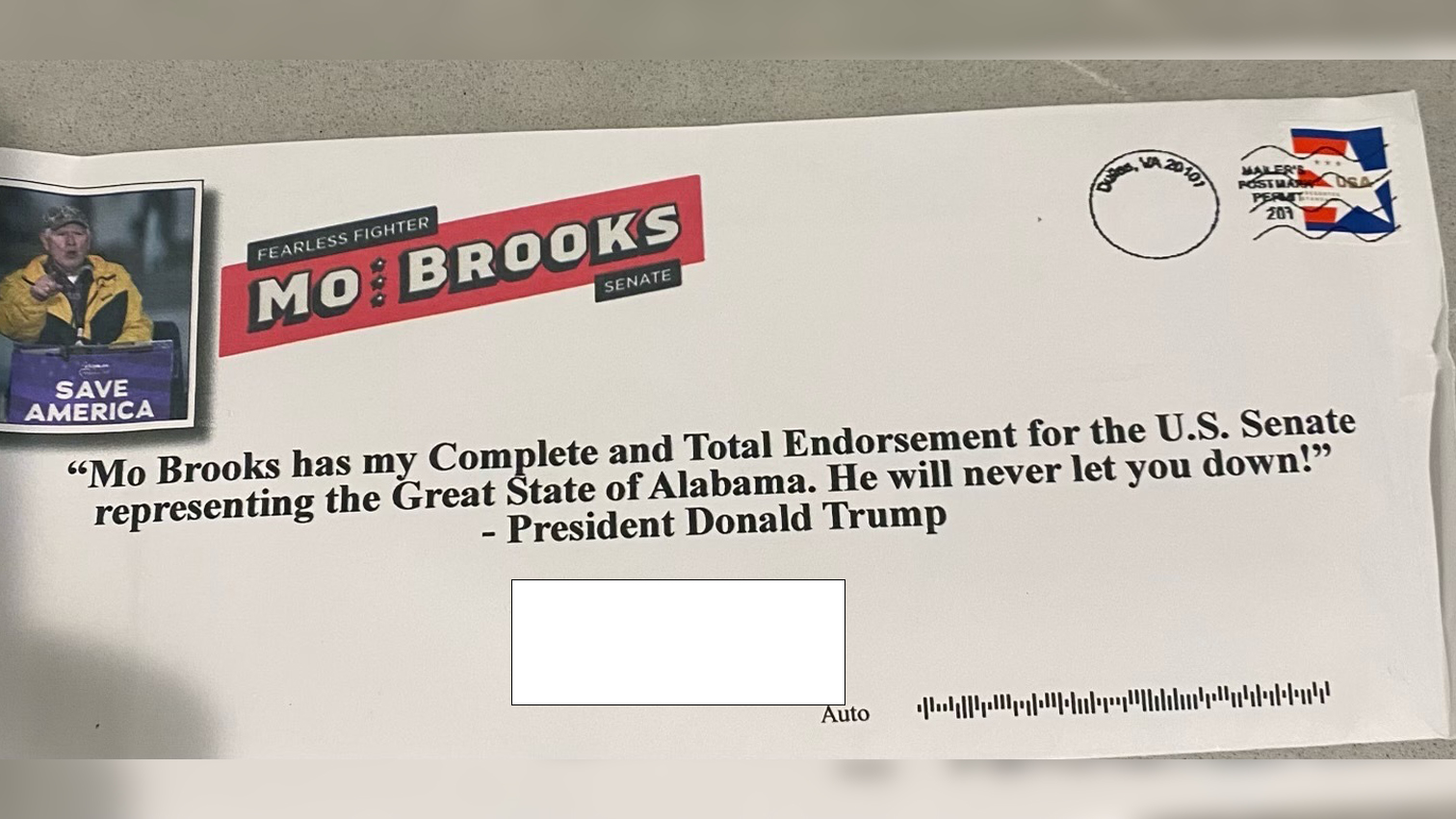 Senate candidate Mo Brooks continues to use the endorsement of former President Donald Trump nearly two months after the former president withdrew his endorsement, according to campaign mailers obtained by APR.

The mass-mailed letters are sent to would-be voters to promote a candidate’s campaign and ask for support or donations.

On the envelope of one mailer obtained by APR Wednesday, Trump’s original endorsement of Brooks from April of 2021, where the former president insisted that Brooks had his “complete and total endorsement for the U.S. Senate representing the great state of Alabama,” is printed across the front. The letter was post-marked from Loudoun County, Virginia, and had no date. 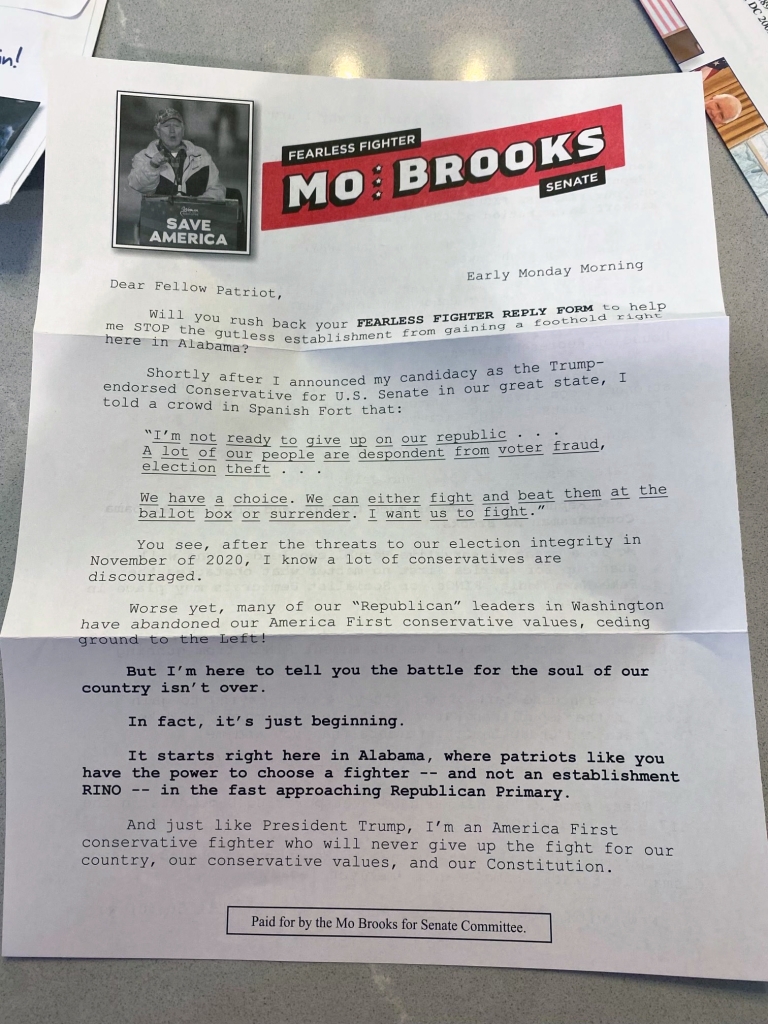 In a second letter, Brooks refers to himself as “the Trump-endorsed conservative for U.S. Senate,” while recounting his campaign kickoff in Spanish Fort in March of 2021.

“And just like President Trump, I’m an America first conservative fighter who will never give up the fight for our country, our conservative values, and our constitution,” the letter continues.

The letter makes no mention of the current status of his Trump endorsement.

A request for comment on the letters was sent to Brooks’ campaign Thursday morning.

On March. 23, Trump officially withdrew his endorsement of Brooks for the U.S. Senate after weeks of speculation that the former president would rescind his support. Trump described Brooks as “woke” and criticized his hiring of “a new campaign staff who ‘brilliantly’ convinced him to ‘stop talking about the 2020 Election.'”

In response, Brooks alleged Trump demanded he “rescind” the results of the 2020 election, remove President Joe Biden from office, call a special election to determine the presidency, and replace Biden with Trump while the special session would take place.

Furthermore, Brooks said Trump had allowed Senate Minority Leader Mitch McConnell, R-Kentucky, to “manipulate him again,” and insisted he was the most conservative candidate running for Senate from Alabama.

Brooks’ slip in the polls behind fellow Senate candidates Katie Britt and Mike Durant prior to Trump withdrawing his endorsement has only worsened as the Republican primary, scheduled for May 24, draws nearer.

After publication, the Brook’s campaign issued the following statement relating to the letters:

“No mail would be or has been approved to go out with old or inaccurate information. The only letters using the endorsement were approved way before anything changed. Either the mail-house messed up sending an old mailer or USPS messed up delivering something that was supposed to be delivered months ago. Either way, it’s an honest mistake that wasn’t supposed to happen.”