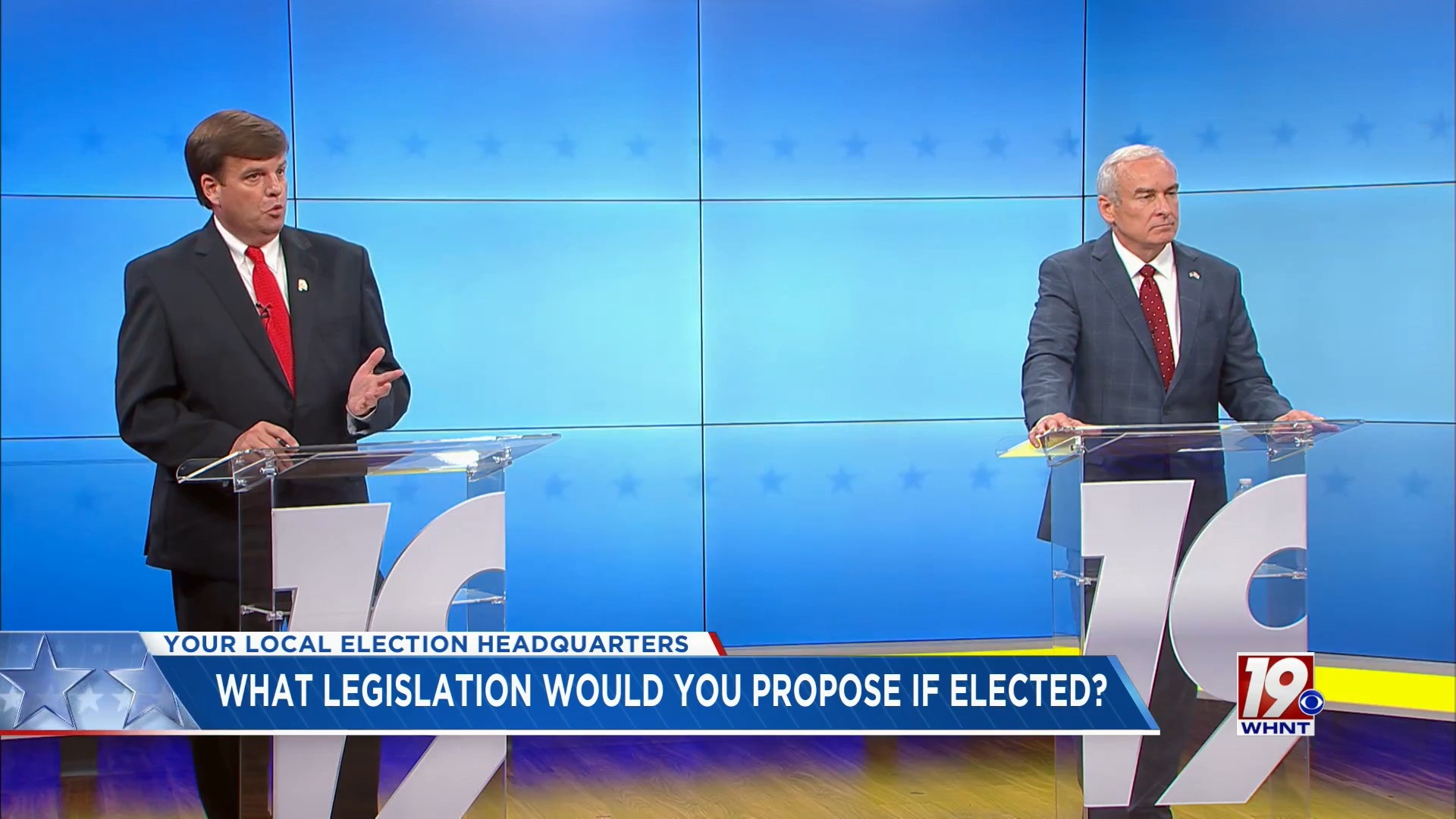 Strong is the incumbent Madison County Commission chairman and frontrunner to succeed Congressman Mo Brooks, R-Alabama, according to the latest polls for the runoff.

Wardynski is a former assistant secretary of the Army for manpower and reserve affairs during the Trump administration and a previous superintendent of the Huntsville City School system.

Both candidates have run on conservative platforms: Each is a pro-Trump, pro-life, pro-Second Amendment, and in favor of limiting or cutting federal spending to alleviate present economic woes. A subtle split in the candidate’s platforms was evident during Tuesday’s debate in Wardynski’s more impassioned focus on national defense and Strong’s own focus on tighter immigration policy.

The debate was not without a plentiful amount of mudslinging: At one point, Strong accused Wardynski of “getting personal sexual gratification” from a contract related to Wardynski’s time as Hunstville City School superintendent, a fraudulent accusation that led Wardynski to describe Strong as a “Scumbag” and “a 26-year career politician who lives in the gutter” and “works for people who date on Ashley Madison.”

Through the apparent disdain, possibly the only constant and peaceful common ground found between the two candidates was their mutual contempt for the Biden administration and a seemingly unending affection for former President Donald Trump.

The initial part of the debate focused on each candidate’s legislative priorities if elected to Congress, with Wardynski answering first and echoing similar sentiments of Sen. Richard Shelby, R-Alabama, in advocating an increase in the Military budget to maintain supremacy over the military spending of China. Wardynski also said he supports committing Space Command headquarters to Hunstville, and potentially creating a Space Academy, similar to West Point, for the newly created branch.

“We need to bring Space Command here,” Wardynski said. “That brings a warfighting headquarters to this town. That will bring Presidents, Secretaries of Defense, Secretaries of Service here and give Huntsville the visibility it needs. We need to create a Space Academy for Space Force, like West Point and [the] Air Force [Academy] and Annapolis. Except, this one will probably ought to look like [the] Merchant Marine [Academy] since space is partly commercial, partly defense, and probably on that scale. Not the expenditures we see at West Point, but something smaller.”

“They need to stay in their country, whether it’s Mexico, Honduras, Guatemala,” Strong said, referring to immigrants permitted to remain in the U.S. while seeking asylum. “What we need to do is to be sure if someone’s seeking asylum, that they stay in the country that they’re at until that asylum request is taken up.”

Moderators then questioned each candidate on controversies both separately had found themselves embroiled in during their leadership terms in Madison County.

Wardynski resigned as Hunstville City Schools superintendent in September of 2016 after meeting his future wife Karen Lee, CEO of Pinnacle Schools, a private academy specializing in education for students with learning differences and mental health challenges. Pinnacle maintained a contract with the Hunstville City School system while Wardynski was superintendent, and through this connection, he met Lee. Wardynski, whose first wife passed away in 2016, said that he resigned because he believed remaining as superintendent while beginning a relationship with Lee would “create an ethical problem.”

“By July [of 2016], I knew Karen and had a relationship with her, and so I brought in the board attorney on August 7 and I told him I thought I should resign; that if I had a relationship with her, that would be improper,” Wardynski said. “He assured me I didn’t need to do that, and he would contact the ethics folks down at state. The following Monday, I talked to every board member at coffee and told them the same thing: I thought I should resign since I supervised her. It would create an ethical challenge that I didn’t want to have. They said, ‘No, no, stay.’ On the 13th of September, my attorney wrote a letter and hand-carried it and never got an answer. So on the 15th, one month in, I resigned because I thought it would create an ethical problem.”

In turn, Strong answered questions from presenters on who paid for the removal of a confederate monument on the grounds of the Madison County Courthouse during the George Floyd Protests of 2020. Prior to the monument’s removal, The Madison County Commission passed a resolution seeking to “preserve and protect” the monument, according to Strong, with it ultimately being sent to Maple Hill Cemetery in Hunstville.

“As far as who paid [for] it, The taxpayers didn’t pay [for] it,” Strong said, continuing by stating he was unsure who did pay for the monument’s removal. “There were several business leaders, the downtown Huntsville group, Committee of 100, that said if this occurs, we’re willing to help with this project. But I can tell you this: taxpayer payer money was not [used].”

On the topic of gun violence and federal reform to existing U.S. firearm policies in the wake of the most recent school shooting in Uvalde, Texas, Strong said that he believes that red flag laws are “not the way we need to go” in regards to gun reform, and said he supported more resource officers in public schools and certain “qualified” individuals, like active military members and veterans, to carry weapons in schools.

“The last thing that you need is a soft target in our schools are soft targets,” Strong said. “Many say don’t arm teachers; I’ll tell you this right here, someone that’s not qualified to handle a weapon, you don’t want that to happen. But as a graduate of Sparkman High School, we had Delta Force there, people that have served our military, Colonels, we had people that served in Vietnam, they were qualified for weapons, we ought to let those who can have a weapon in school and eliminate soft targets.”

Wardynski maintained that the second amendment is “fundamental” and that violent individuals, not firearms, are the cause of the problem and advocated for increased security in public schools.

During closing statements, Strong maintained his record in Madison County makes him the ideal candidate for D.C, flaunting his position as the first Republican ever elected to the Madison County Commission.

“I’m telling you right now, I’ve got the energy, I’ve got the demeanor, and I believe the people of North Alabama trust me and what I’ve done,” Strong said.

Wardynski indicated that threats from China and a quickly faltering economy require leaders “with vision” in the U.S Congress and sustained his belief in an increase in spending for national security while making the federal government smaller and less expensive.

“I believe this is a pivotal time for our country, or I wouldn’t be running,” Wardynski said. “I think we’re facing great crises from the economy, to national security, to the threat from China, and they need to be addressed in short order. It’s a time for change. The direction our country is headed on is a direction of ruin.”