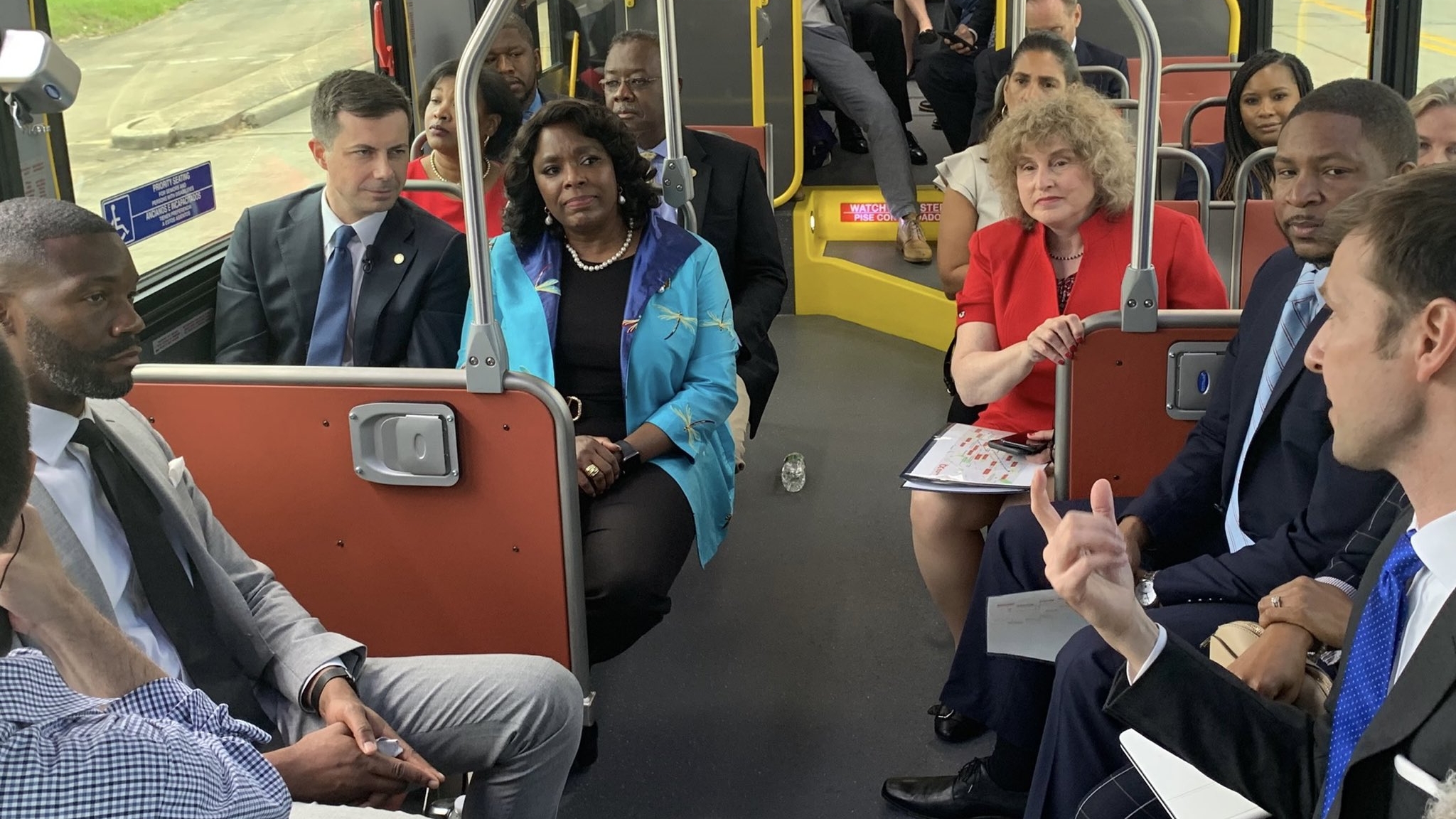 Buttigieg, who met with Birmingham Mayor Randall Woodfin and community members during a roundtable on Thursday, stressed the importance of unifying neighborhoods left detached from economic centers by poorly designed public transportation infrastructure during his Thursday visit.

“Transportation can connect us to jobs, services, and loved ones, but we’ve also seen countless cases around the country where a piece of infrastructure cuts off a neighborhood or a community because of how it was built,” Buttigieg said. “Using funds from President Biden’s Bipartisan Infrastructure Law, we are proud to announce the launch of Reconnecting Communities: the first-ever dedicated federal initiative to unify neighborhoods living with the impacts of past infrastructure choices that divided them.”

The group of local and federal officials embarked on a bus tour of Birmingham’s new Xpress Bus Rapid Transit system, which is scheduled to begin service after the World Games. Construction for the new system began in 2020 to connect the city’s 25 neighborhoods along the 10-mile corridor between Five Points West and Woodlawn with rapid transit buses.

“The Reconnecting Communities program will help right the wrongs of our past by connecting neighborhoods that were previously divided by highways and other infrastructure,” Sewell said. “This is about making sure that people can live where they want to live more affordably while accessing the jobs, schools, and services our city has to offer. I applaud Secretary Buttigieg and the entire Biden-Harris Administration for making these investments which harness the power of transportation infrastructure to connect our communities and build a more equitable future.”

Also, during his visit Thursday, Buttigieg visited the 16th Street Baptist Church and was present at the ribbon-cutting ceremony for the A.G. Gaston Motel after the completion of the historic site’s three-year restoration project. The motel has been a part of the Birmingham Civil Rights National Monument since 2017 and remains one of the city’s most recognizable civil rights era landmarks.