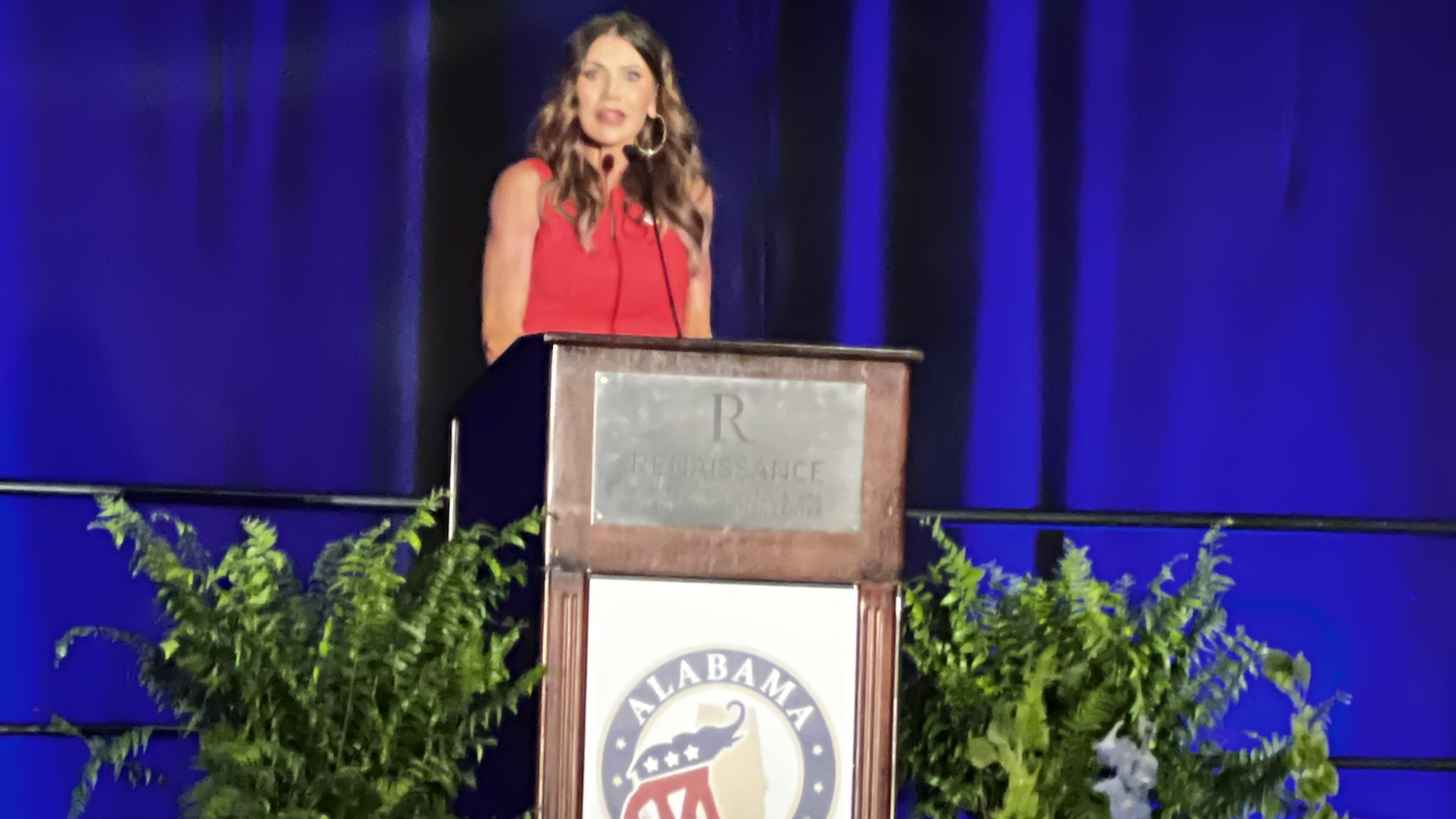 The Republican Party has had plenty of recent success, but the featured speakers at ALGOP’s annual summer dinner on Friday challenged members to stay involved as new challenges arise.

But the focus of Fitch’s message remained on what Republicans need to do moving forward now that states are free to regulate abortion.

Fitch gave the party three things to focus on moving forward: lowering the cost of childcare, enforcing child support payment and making the adoption system the best it can be.

Fitch said the cost of childcare is an egregious problem that must be fixed. 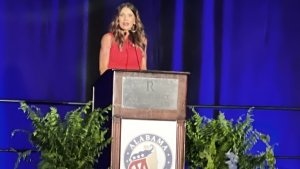 “Right now it cost more to send a toddler and infant to daycare than to send one of our constituents to university and colleges,” Fitch said. “That’s unacceptable. Working mothers trying to find childcare know there are very limited options and they are very costly. We need to be more creative as we think about how we pass laws and how we act to find quality and affordable childcare.”

“Right now, the US Census data shows that four out of five custodial parents are women,” Fitch said. “We’ve got to change this where women are not bearing the financial brunt of raising children alone … Right now, 6 million parents are due child support; Less than half collect the full payment.”

Fitch said a mechanism is needed to track income and ensure parents are paying that support.

“It makes a real difference in these children’s lives if there are dollars involved to support them,” Fitch said. “If a father is engaged in a child’s life by paying child support, they are much more likely to be engaged truly in that child’s life.”

Finally, Fitch said the party must focus on adoption reform.

“If our system cannot get children in need placed with loving families, it is broken,” Fitch said. “Children deserve to be in homes where loved and nurtured and supported.”

Walker described himself as a “Warrior for Christ” and said he would “bring Jesus with him” if elected to Congress.

“And he can block and I can run,” Walker joked.

South Dakota governor Kristi Noem shared her view that her state has served as a pilot program for Conservative principles and that the state has proved them to work.

Noem touted her response to the Covid-19 pandemic.

“When leaders overstep their authority, especially in a time of crisis, that’s when we break this country,” Noem said. ‘We made very different decisions. We were the only state that never closed a single business throughout the pandemic. In fact, I never defined essential business. I don’t believe governors have the right to determine whether a business is essential. We had no vaccine or mask mandates, we gave (South Dakotans) all the info we had and gave them the flexibility to keep their businesses open and families healthy.”

Noem said South Dakota now has one of the strongest economies in the country with only 800 people unemployed while seeing a decrease in the amount of drug overdoses amid a surging crisis across the country.

“It’s remarkable to watch what is happening in our state,” Noem said. “We did what conservatives said we believed in and proved that It works. There’s hope to grasp on to. If we follow our principles and values, it will work create happier people.”
Noem also encouraged Republicans to talk to people and not ostracize them for having different political views.

“Stop being offended by people,” Noem said. “Stop carrying around the burden of offense. People are paying attention that haven’t been before. People lost businesses and are showing up and involved; they need to hear from someone like you about the ideals and background, the history of our country.”