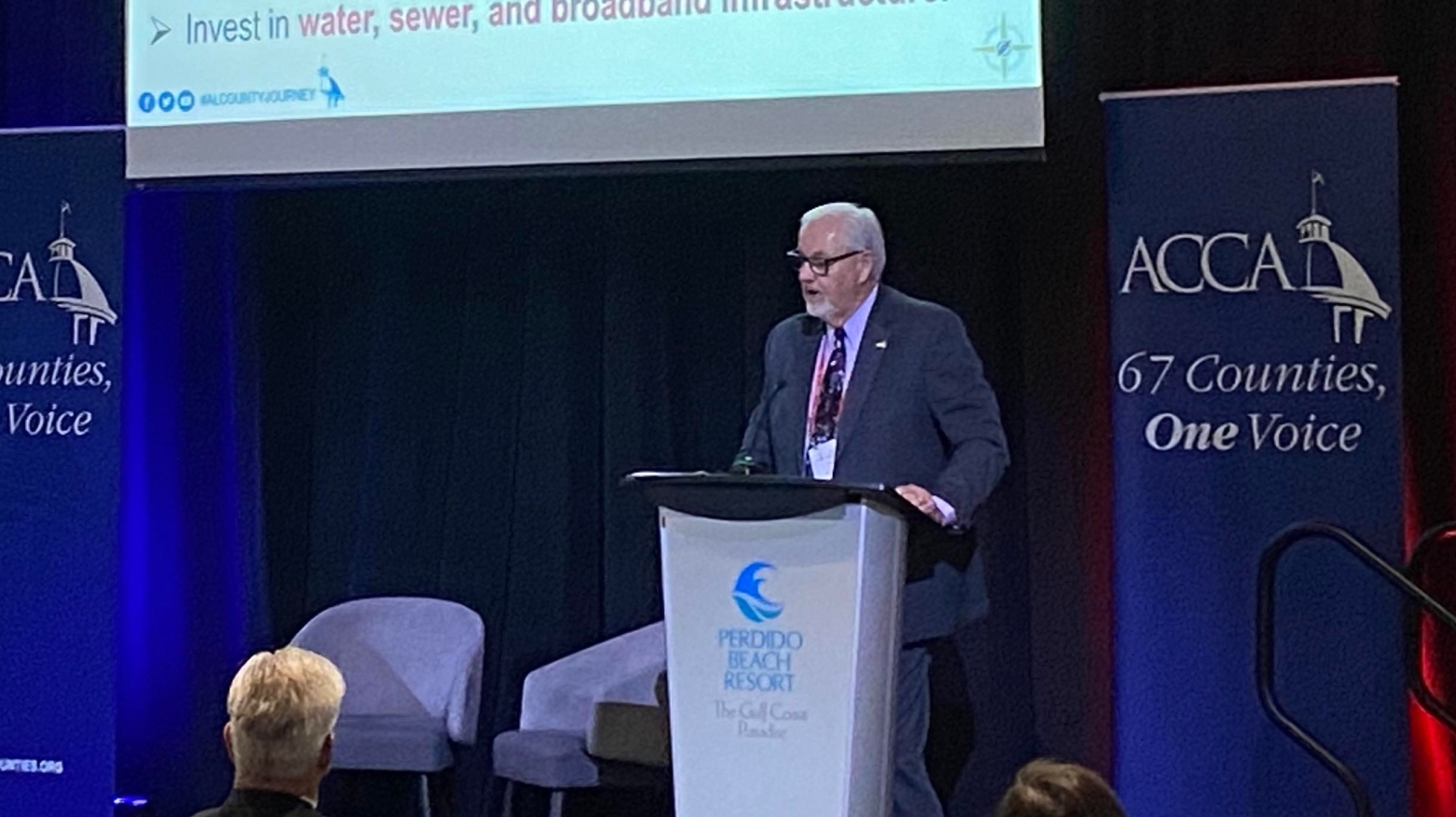 Randy Vest speaks to ACCA members about how counties are using ARPA funding in the state.

Alabama governments are working with unprecedented funding due to the American Rescue Plan Act, and those projects dominated conversations at the annual meeting of the Association of County Commissions of Alabama in Orange Beach on Wednesday.

The meeting was the first time since the beginning of the Covid pandemic that the ACCA had been able to meet in person without restrictions.

The state has received more than $3.8 billion in Covid funds, including nearly $1 billion that went directly to counties.

“I think we need to put that into perspective,” said Randy Vest, immediate past president of the ACCA. “As you all know, the gasoline tax in the state of Alabama had not changed since 1992. Four years ago with new legislation, that was changed. How does this relate to the ARPA funding? At the first full year implementation of the new gas tax, it would take 13 years of that dollar amount to equal this one-time infusion.”

So far, 37 Alabama counties have spent $22 million on premium pay. One of the major outlets for the Covid money though is updating ventilation in courthouses and jails across the state with Vest estimating 40 projects in planning or preparation and 30 more under consideration.

Some counties have also used funds to improve emergency response times from rescue squads or volunteer fire departments, and nearly $5 million has been spent to upgrade emergency communications.

Vest told members they could also use the funds to support nonprofits in their counties affected by the pandemic, including community medical clinics and animal shelters.

Broadband expansion is expected to be a major, but counties cannot spend money to recruit businesses to expand infrastructure unless an amendment passes on November ballots granting counties that permission.

Vest pointed out that county officials are up against a deadline to have the money obligated and spent, and said the association will be there to assist counties in completing things on time.