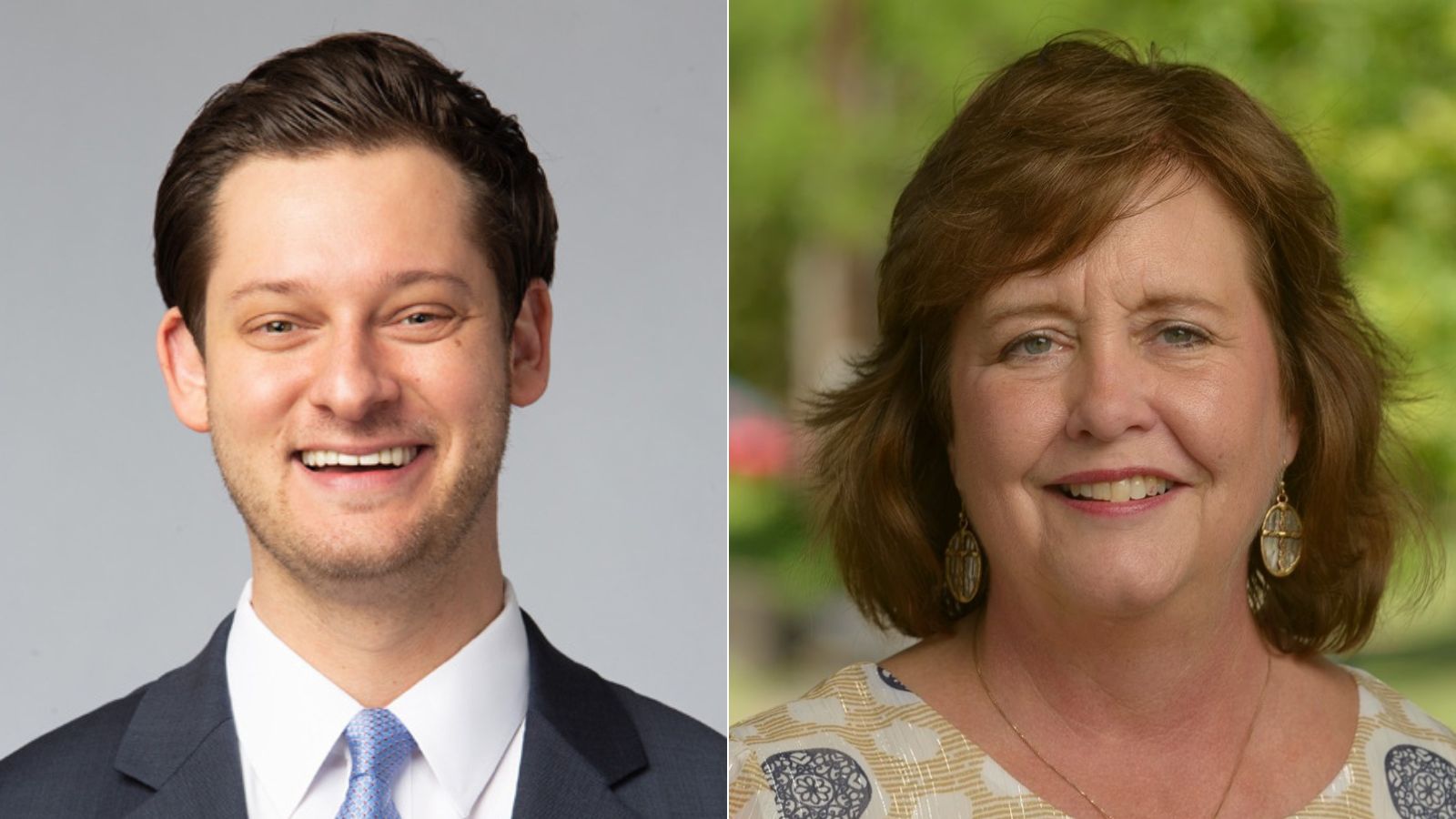 The mailers look like something that would have shown up in Montgomery-area mailboxes in the 1960s: a scary black figure holding a knife, dire warnings of outsiders and obscure threats of certain violence.

The message is clear: Be afraid, delicate white people.

But these mailers – that’s what a printed political attack ad that arrives in your mailbox is called – they’re not from the Jim Crow era in the South. They’re from 2022 and they’re originating from supporters of Rep. Charlotte Meadows and from her campaign.

The target – the scary outsider in this postcard play – is her opponent, Phillip Ensler. A lawyer who’s been working in Montgomery for years now – even worked in the mayor’s office for a time – and has volunteered pretty much everywhere.

If you’re afraid of Phillip Ensler, maybe outdoors isn’t for you.

It’s not hard to understand why Meadows would stoop to these ridiculous scare tactics, though. It’s what you do when you can’t run on your own record. When your record is four of the 16 bills you’ve sponsored in the House were bills designed to siphon money away from public education. When part of your record in the House is opposing providing free feminine hygiene products to impoverished school girls.

When your record is that terrible, you try to divert attention. You use scare tactics. You send out mailers claiming that because Ensler grew up in New York City that his “liberal New York values don’t belong in Alabama.”

And you know … I hear that a lot – that thing about values and about how some other city’s/state’s/country’s values don’t belong in Alabama. And typically, it’s some rightwing politician or talking head making such a claim.

It’s typically complete nonsense. And this case is no exception.

Because here are Ensler’s “liberal New York values”: he taught school at R.E. Lee High in Montgomery, a school with an incredibly high poverty rate; he worked for Alabama Appleseed, a nonprofit devoted to equality and justice for all Alabamians, and took on civil rights cases; he started a youth mentoring program that took impoverished kids on college tours and educational trips.

He also took on the matter of getting Civil Rights heroine Claudette Colvin’s criminal record expunged. On a pro bono basis, Ensler worked to get Colvin’s arrest for refusing to move from her seat on a Montgomery bus in 1955 expunged. He succeeded. And then took on similar cases for other Civil Rights Era heroes.

He’s provided free legal services to so many people in Montgomery at this point, it’s a wonder he can afford a sandwich.

If those are “liberal New York values,” we could do with a lot more of them around here.

And less of whatever it is Meadows has been doing.

Honestly, aside from the R beside her name, I can’t think of a single reason Montgomery residents would vote for her, particularly if you’re a resident who values public education.

Meadows’ sole claim to fame prior to being elected in 2019 was presiding over the Montgomery County School Board when it went through a grade change scandal and subsequent Alabama State Department of Education intervention.

No, Meadows didn’t change a grade herself. But she sat as president of the board when at least two teachers – one of whom was being forced to transfer because she spoke out about the improper activity – told the board the details of the cheating scheme. Meadows refused to listen to either of them and voted to carry forward with the personnel actions against both.

After resigning from the board, she went on to serve as a lobbyist for StudentsFirst, one of the biggest anti-public school organizations on the planet. Her primary objective was figuring out ways to take public tax dollars earmarked for public education and funnel that money to private businesses.

She and her Republican cronies did their job well. They’ve sucked millions out of Alabama public schools over the last 15 years through one tax scheme after another, with most of the money going to corporate tax breaks or private school bank accounts.

Then, under the guise of aiding education in Montgomery, Meadows opened a charter school of her own.

It has been a disaster.

From failing to meet basic requirements to open to having an Alabama Charter School Commission member say a year ago that he was going to explore pulling the school’s charter, Meadows’ school, LEAD Academy, has been the model of a bad charter.

And not just in your typical, money-grab sorts of ways. Employees from LEAD have shared incredible stories of mismanagement, malfeasance, cronyism and nepotism. And downright infuriating behavior.

A former LEAD principal stated in a lawsuit, filed against Meadows and LEAD, that Meadows had attempted to push special needs kids away from the school in order to keep test scores higher and that she had used the school’s building as a de facto campaign headquarters. (Meadows has emphatically denied these allegations.)

To make it all even worse somehow, last year, when scores for the Alabama Comprehensive Assessment Program were released they proved LEAD wasn’t leading.

The school somehow scored worse in most categories than Montgomery’s troubled and neglected traditional public schools.

Does any of that matter to the people of Montgomery? Does it matter that over half the legislation she’s sponsored during her time in the legislature was related to taking money from public schools and restricting abortion access in some way?

But I have to say, if the words on those mailers mean anything, and you do, in fact, find yourself concerned about morals and values and how much your representative might listen to and care about you …

Give me those liberal New York values every time.