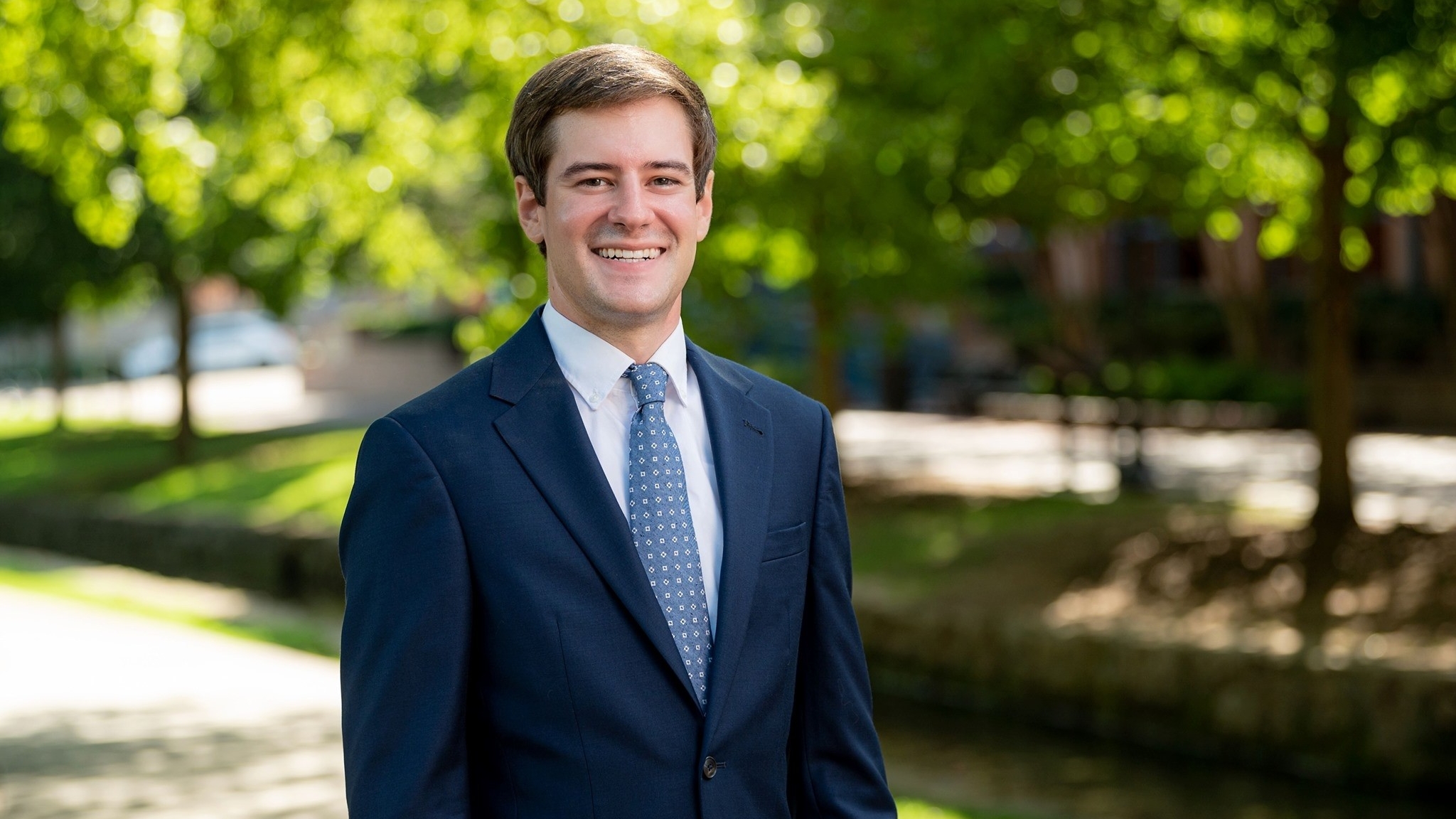 At 19 years old, James Lomax ran for the city council of Hunstville as perhaps the youngest-ever candidate in the city’s history. Twelve years later, Lomax was elected to the Alabama House of Representatives, replacing the multi-decade-long incumbent state Rep. Howard Sanderford, R-Hunstville, in District 20.

In November of 2021, Sanderford announced that he would not seek re-election the following year, opening the way for a potential run from Lomax, who had worked on one of Sanderford’s campaigns and is a member of the same rotary club as him.

“I think it was a bigger decision on his part than it was on mine,” Lomax said in an interview with APR, referring to Sanderford’s decision to retire. “He came to that decision, and he kind of let that be known to me through our relationship and Rotary Club that I should look at it. So that was one of the things that stuck in my mind. I ran it by my employer, I ran by my wife and my family and prayed about it, and we just jumped in full blast.”

Lomax faced three separate Republican opponents during the primary, including Angela McClure, a former White House staffer during the Trump Administration, and Frances Taylor, the chairwoman of the Federation of Alabama Republican Women.  In a lopsided runoff, Lomax claimed victory over Taylor with 63.2 percent of the total vote in June.

“I guess a good quote is Theodore Roosevelt, my favorite president; he said, ‘We must all either wear out or rust out,’ and my choice is to wear out,” Lomax said. “I’m in agreement, we get one life, and we’re called to make a difference in the world.”

Running on his “three S plan” in prioritizing a stronger local economy, a safer district, and smarter schools, Lomax said he plans to use his background in commercial real estate to better increase the economic prosperity of District 20.

“Just in the past few years, I’ve gotten to oversee a major announcement by Northrop Grumman and companies like KBR,” Lomax said. “Montgomery is a deal city. A lot of legislation is making and negotiating; I get to do that each and every day and then also get to see House and Senate packages are orientated and how they’re created. I just think it kind of goes hand in hand with what we’re gonna be doing.”

While Lomax does not plan to pre-file any legislation, he looks forward to working with the newly elected Alabama Speaker of the House Nathanial Ledbetter, R-Rainsville, and Gov. Kay Ivey, on issues related to education.

“Education is the tide that can lift all boats, from workforce development to recruiting and retaining,” Lomax said. “In the city of Huntsville, we recruit a lot of high-tech jobs, a lot of jobs that require security clearances, a lot of work on Red Stone Arsenal. So we need a strong education system to prepare these students to where they can jump directly in the workforce or be qualified to get into these universities that will prepare them for these kinds of careers.”

Lomax also said that making sure that first responders are funded and being an ally to individuals in law enforcement are priorities of his moving forward.

“I believe that we got to make sure that first responders are funded in a way that they need to be,” Lomax said. “I think a lot of it has to do with listening. I want to be an ally to law enforcement. There are some people that may not necessarily listen to law enforcement when they speak up and tell you what they need.”

“I don’t know what I don’t know, and I make sure to tell people that first and foremost,” Lomax said. “I’ve already been in touch with some constituents that have some concerns, especially around education, so I’m putting on my listening ears. I’ve got plenty of reading material in relation to the two budgets that we have in the state of Alabama.”

The upcoming regular session of the Alabama Legislature is expected to begin in March of 2023.