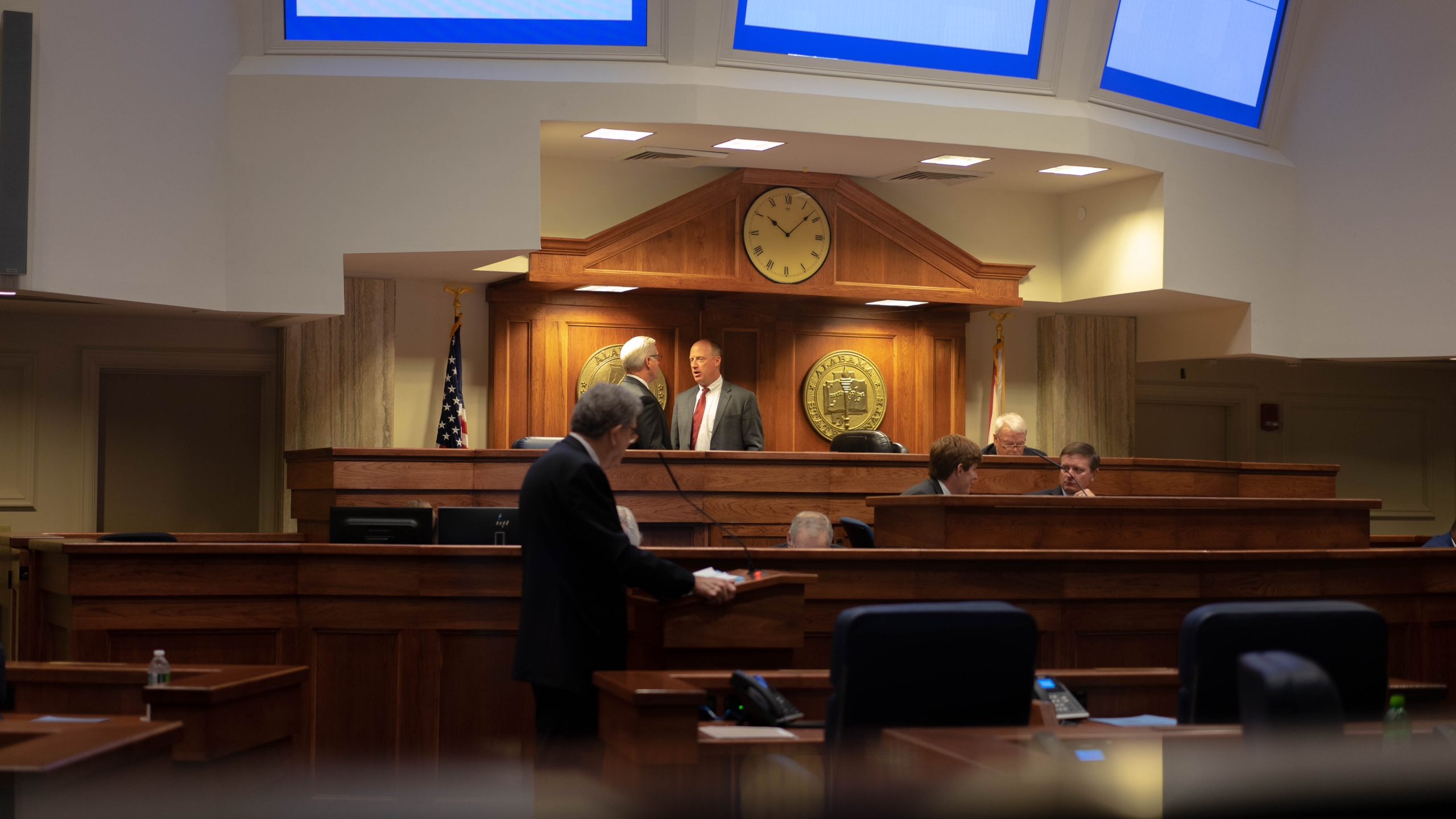 The floor of the Alabama Senate during a special legislative session. JOHN H. GLENN/APR

The Alabama Senate on Wednesday passed its new legislative operating rules for the next quadrennium on the second and final day of its organizational session in Montgomery.

The curt session in the Senate lasted approximately 13 minutes, with little discussion on the rules package taking place on the floor.

The package, introduced by state Sen. Arthur Orr, R-Decatur, on Tuesday, changes little from the Senate rules of the last four years, with the exception being a split for Governmental Affairs into two separate committees: One dealing exclusively with state government and the other with county and municipal matters.

The allowance of majority and minority whips will be another new feature absent during the previous four years.

After the Senate adjourned on Wednesday, Senate Majority Leader Clay Scofield announced that state Sen. Clyde Chambliss, R-Prattville, will serve as the majority whip for the Republicans in the Senate.

“Senator Chambliss’s attention to detail, keen political insight and strategic-thinking ability make him an invaluable asset in the operation of the Alabama Senate,” Scofield said. “He has the respect and trust of our caucus members, which are paramount to helping us navigate challenges that arise in advancing significant legislation.”

The Democratic Caucus has yet to announce its appointment for the minority whip slot.

Another new change coming to the Senate is a restriction on Budget Isolation Resolutions, with the mandate now that debate on the BIR only last 10 minutes and their approval coming after three-fifths of the Senate vote in favor of passage.

After a constitutionally mandated joint meeting between both the House and Senate to ratify the results of the state elections, the legislature stood adjourned sine die until the commencement of the regular legislative session expected this March.