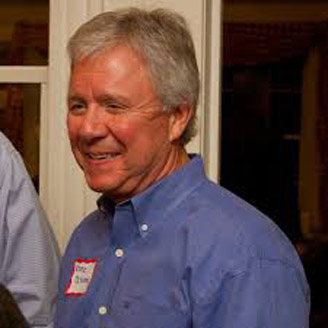 MONTGOMERY—”I don’t really consider myself a politician, but a public servant” is how Judge Reese McKinney announced his candidacy for Alabama Secretary of State on the republican ticket.

McKinney said that he received calls to run for Secretary of State almost immediately after the 2012 elections. “I promised my wife I would make no decisions [about running for office] until at least 6 months,” said McKinney. Calls kept coming in encouraging him to seek the statewide office and after much discussion with his wife, he decided to take on the challenge.

He said that it was his desire to serve the public and a belief that he could “help bring good government to the state side of Montgomery” that convinced him to run.

McKinney said that his years of experience and skill-set gave him an advantage that would enable him to be an effective Alabama Secretary of State.

During his tenure as probate judge Montgomery County, he became a statewide example of modernization and innovation, according to McKinney. From ensuring an accurate and speedy election process to licensing renewal, McKinney worked hard to “make government work for the people, it serves.”

McKinney retooled the system by which license tags could be renewed in Montgomery County, saving time and money for the public and the county. “There was a fee for renewing your tags in the mail…. I set up internet renewal for free…. It took a few months to convince the administrators that they didn’t need a fee and that this would save the county money…which it did,“ said McKinney, “and eliminated that cost to the public.”

McKinney says that “paying attention and being on the job makes government work for the people.”

Having spent years overseeing elections, McKinney says that voter integrity is one of his top priorities, “It falls on the Secretary of State to make sure that we have fair and honest elections…to guarantee voting integrity process that is honest, fair and efficient for our citizens.”

Again he points to his years as probate judge as an example of how to better ensure a fair and efficient voting process.

He says that he wants to build on the innovations implemented by current secretary Beth Chapman in making campaign contribution easily traceable. “I want to continue online accessibility on a state level…. The government needs to be transparent,” said McKinney. “We’re there because the people asked us to be there and I certainly think that every year there can be improvements.”

McKinney says he continues to receive calls of support from all over the state, and that currently “volunteers are setting up meetings in all the [67] counties.”

McKinney says that he dislikes raising money for himself, but his campaign’s fundraising efforts are underway, “I feel confident that we will gain the resources necessary to run this election.”

After his loss in 2012 McKinney said he knew that he still wanted to be involved in public service. “When one door closes, another opens,” he said. He says his faith, life experience and encouragement from others has given him the drive to walk through this door.

Judge McKinney and his wife Beverly have three daughters, Beth, Cathryn and Rebecca, and ten grandchildren.

Judge McKinney is a member of the Trinity Baptist Church and the Republican Party.