It is so wrong.  It is so destructive.  It is so terrible.  The “It” of which I write is the tragedy heaped upon Alabama State University (ASU).

Based upon specious allegations by a President of Alabama State University, who was present for only three months, federal and state authorities commenced criminal investigations into the University.  That’s not good but it is understandable.  The actions of Alabama Governor Robert Bentley are not good and are not understandable except in the vortex of race.

In spite of state and federal authorities investigating ASU, Governor Bentley ordered a forensic audit that covered the years 2007-2011 and has cost over a half million dollars.  A forensic audit examines every agreement, every transaction and every action (not just random samples like a regular audit).  Never before has a university in Alabama been subjected to a forensic audit.  It is wrong.  It is destructive.  It is terrible.

After this rigorous audit did not turn up any of the alleged criminal acts, Governor Bentley proposed to remove two members of the ASU Board of Trustees.  Alabama has 15 colleges and universities but only the two historically Black state universities have Constitutional provisions that permit a governor to remove university trustees for alleged conflicts of interest.

The historically White universities are not subject such provisions in the Constitution.  The ugly seed of racism is embedded in these provisions.  Governor Bentley seized upon these racist provisions and is wreaking havoc.  It is wrong.  It is destructive.  It is terrible.

Furthermore, Judge Wiggins did not vote on the appointment of his sister-in-law as an ASU faculty member.  The minutes reflect that he abstained from voting.  A relative just working at a university does not create a conflict of interest.  If so, the recent hiring of the brother of the University of Alabama’s President to a top position would be a major conflict of interest, but it is not.

This is so wrong.

This is so destructive.

This is so terrible.

After every audit, the auditors typically sit down with the highest leaders of the entity being audited to discuss their findings.  It’s called an exit conference.  The reasons for an exit conference are profound: documents, transactions and actions all have critical context not discernible to auditors.  In addition, auditors make mistakes like the rest of us.  The exit conference gives leaders of entities being audited an opportunity to explain actions and correct mistakes.

A second member of the Board of Trustees was also targeted for removal by Governor Bentley based on a “rumor” that he had a personal relationship with a female who had a contract with the University.  Insiders say this is absolutely not true.  Removing a trustee based on a “rumor” is criminal.  It is even worse to feed such rumors to the media thereby damaging family and other relationships.  It is so wrong.  It is so destructive.  It is so terrible.

The ASU Board members wanted a hearing to prove that they were innocent of any conflicts of interest.  No hearings were provided.  The trustees were unceremoniously targeted on barefaced allegations that were then fed to the media.  It is so wrong.  It is so destructive.  It is so terrible.

It appears that Governor Bentley is determined to reconstitute the Board of Trustees in order to select the next President of Alabama State University.  It would be terrible to have a President of this venerable historically Black university selected by someone who appears to be doing so much to destroy that very institution.

It is so wrong.

It is so destructive.

It is so terrible.

It is as well, so necessary to challenge these terribly destructive actions at every turn.

Senator Hank Sanders is a Democrat from Selma.  He is serving his eight term in the Alabama State Senate. 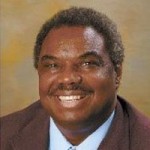