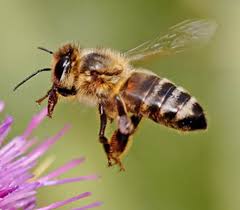 All those well-versed in Alabama politics seem to agree: 2014’s legislative session, which begins today, is due to be nothing more than a quiet, happy-go-lucky campaign ad for the (mostly) Republican incumbents who are ready to campaign for the 2014 election cycle. Nothing could be further down the Alabama GOP’s to do list than stirring up controversy, while campaign donors have their eyes trained on Goat Hill this quadrennial year.

Because of this need for calm before the electoral storm, legislators have cut down on the number of controversial proposed bills – again with some notable exceptions. Instead, bill after bill has emerged – all noncontroversial, under the radar issues – that no one in Alabama will probably hear about again.

Below is a small sampling of some of the completely boring bills prefiled for the session which begins today:

HB101 Rep. Brown: Calls for changes in definitions in a statute related to the Funeral Board

SB110 Sen. Ward: removes a requirement that the Secretary of State publish certain Supreme Court proceedings in the Acts of Alabama