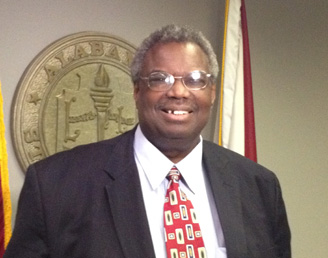 MONTGOMERY—After a rash of Republican lawmakers and public officials resigned their elected offices to become high-paid lobbyists, Senate President Pro Tem Del Marsh (R-Anniston) began to promise anyone who would listen, that he was going to fix the “revolving door.”

By revolving door, Marsh means he is going to propose legislation that will discourage public office holders from abandoning their duties for higher pay as lobbyists or what some euphemistically call a “consultant.”

A review of Marsh’s bill SB36 gives the impression that Marsh, who once owned a window tinting business in his youth, seems to want to offer those services to the revolving door problem.

“We play so many games with the ethics laws. We pass laws and leave loopholes that you can drive a Mac Truck through. Then we turn around and say we are going to close some more holes.” Sanders has offered an amendment to Marsh’s bill that would actually put teeth into the ethics law.

Sanders, said of his amendment,

“This [amendment] would cut out all of those loopholes so that we would have ethics that would apply to everybody.”

The amendment Sanders has offered would not only stop the revolving door, it would put a padlock on it that would make it almost impossible for a former governor, his children, legislators and kin from making a single dollar off of the State. This is the kind of iron-jawed approach that spurred people in 2010 to vote for Republicans. But, here it is 2014, and the GOP supermajority is still playing fast and loose with ethics reform.

Current law restricts former senators from lobbying the Senate but not the House and vice versa for one year. Marsh’s proposal will keep any former legislator from lobbying either body for two years.

“Right now the way it is, even with the [Marsh’s] proposed change it will apply to some folks and won’t apply to others,” said Sanders.

Sanders’ plan would make it two to four years and apply across the spectrum of public offices.

The following is a summary of Sanders’ bill:

Governor or member of his family, from lobbying any entity of state government for four years after the term of office has expired

Former public officials and family from…for two years after end of term or membership
—receiving state contracts
—being employed by a state agency or state contractor
—serve for a fee as a lobbyist or otherwise represent clients, including his or her employer before any board, agency, commission or department of which he or she is a former member, or the legislature or a formal employee
—may not act as an attorney or otherwise aid, counsel, advise, consult or assist in representing any other person
—may not be employed by the State of Alabama including two- and four-educational institutions
—may not be employed by any business entity that sells goods or services to the State of Alabama
—may not have substantial financial interest in any business doing business with the State of Alabama unless it has gone through the process of public notice and competitive bidding.

Anyone with authority to make purchases or conduct negotiations or contract approval shall not enter into a contract, grant or award with the governmental agency of which the person saw an employee

Anyone involved in direct regulation, audit, or investigation of private entities shall not accept private employment with those involved entities

Any citizen representing for a fee any person before the House or Senate shall report the name of any adult, child, parent, spouse, brother, or sister who has served as a public official in the last 10 years

Any citizen who enters into a contract to sell goods or services that exceeds $7,500 must also report for 10 years.
This does not apply to contracts that went through the process of public notice and competitive bidding.

The amendment says, “Any person who, on behalf of his or her employer or a third-party with whom he or she has a contract, speaks with a member or members of a legislative body about proposed, pending, or potential legislation, formally or informally, shall be deemed to be engaged in lobbying.”

For sporting events that are sold out and not available to the general public at the box office or ticket office if made to a public official the face value would be deemed a thing of value and measured against the de minimus laws. This also includes season tickets that would require a donation as well as season tickets that do not require a donation.

Any family member of a public official may not be employed by any other branch of state government, department, agency, board or commission of the state, or any public educational institution including local board of education as well as two- and four-year institutions. This does not apply to those a person receiving a pension from RSA.

Any business that has a contract with the State of Alabama, any board, agency, commission, department, or legislative body may not make a contribution to a candidate for governor or the legislators.

The difference between the Republican bill and the Democrat amendment is striking in contrast. One Republican lawmaker who asked not to be identified in this report said, “We should be ashamed of ourselves for putting forward this bill…the Democrats have raised the stakes on Marsh and called his buff. I don’t know what’s happened to our caucus but it’s sad.”

The Senate may take up discussion of the Sanders amendment this week.