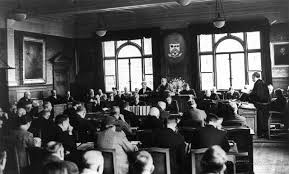 Talladega, AL – Alabama House candidate Stephanie Engle made a difficult decision to withdraw from the District-35 race after discovering that she falls short of meeting a little known residency statute while researching another topic. According to the statute, candidates must have been residents of this state for three years and residents of their respective counties or districts for one year before their election. Section 36-2-1 of the Alabama Code (1975) provides: “The following persons shall be ineligible to and disqualified from holding office under the authority of this state; those who have not been inhabitants of the state, county, district or circuit for the period required by the constitution and laws of the state.”

Engle learned that prior to the primary; the Democratic Party has the sole authority to decide whether a candidate meets the residency requirement. Once the primary is passed, however, any qualified voter can challenge a candidate’s qualifications and seek a court ruling that the candidate is ineligible.

Ms. Engle said, “I was recruited and I was asked if I met the one year, in-district residency requirement. I did. However, when I became aware that I just fell short of an additional in-state residency requirement last Wednesday, I could not ethically accept campaign contributions from hard working Alabamians, knowing that my opponents could challenge me and potentially disqualify me from serving the citizens of this great District. I would never betray the voters’ trust in me. My decision to withdrawal has not been an easy one, because I truly believe that Alabama’s best days are ahead of us and that all of us have a role to play in ensuring that outcome. I will continue to work hard on the issues that matter to me and to the people who live in District-35.”