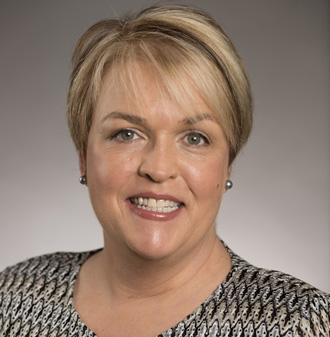 MONTGOMERY—Jasper Police Chief Connie Rowe says she didn’t know that you couldn’t be a pro-economic growth, pro-jobs Republican and still support public education. The 22 year law-enforcement officer now understands that those who wish to keep control in Montgomery will say and do anything to protect their power…even lie about someone’s beliefs and character.

Rowe, a Republican, is running to unseat Rep. Bill Roberts in District 13.

Recently, under the direction of Speaker of the House Mike Hubbard’s “Incumbent protection plan,” a push poll was conducted in Rowe’s district. Push polling is a common way of spreading rumors, lies and innuendo in the guise of a political survey. In a live call — a paid political telemarketer — asked potential voters in District 13 if they would support Rowe if they knew she supported groups who backed Barack Obama, Education Unions and Gay marriage…all of which she denies.

Rowe, a Conservative Christian, said she was shocked that such lies were being fabricated about her.
Concerning the false attacks Rowe says, “It disgusts me, but does it discourage me? No! And, it has not discouraged the people that support me either.” Rowe also said she thought those who were behind the attack poll, “underestimate the intelligence of the people of this area, it is really an insult to them.”

Rowe, who has worked for over 20 years in the employ of the Walker County District Attorney’s Office says, “It has been a baptism of fire” but she has been in tough battles before. Rowe is more concerned with serving honestly for the people of her district, than the attacks that come from the Montgomery power elite.

However, her opponent Roberts is one of the incumbents that Hubbard has promised to protect.
The reason being that Roberts—elected in 2010, has been a loyal follower of the Speaker never questioning his motives or his manner of leadership.

Hubbard is currently under investigation by the State’s Republican Attorney General’s Office.

Reportedly, Hubbard is being investigated for accepting bribes and using his office for personal gain. Many Republican legislators have been called before the AG’s Special Grand Jury to testify about wrong doings.

Hubbard has a history of using treats, bullying and outright lies to protect his strangle hold on State Government, which it is believed he has used fellow legislators to help him in his schemes.

Rowe says she wants no part of a plan that involves following in lock step with anyone but the people of District 13.

“I want this election to be about the people of district 13, not about what is wanted in Montgomery or Washington,” said Rowe.“

Rowe, who is a product of public education, says she believes that the State must support teachers and education, if Alabamians are to be prosperous, “I’m not always going to agree with teachers, I am going to do what is best for the people who have sent me to serve.”

“Everyone who works in the field of education is important. They are helping to mold the future of our State by educating our children…To demonize someone for supporting teachers is insane…Good schools like economic growth have far reaching consequences for all the people of our State; one follows the other.”

Rowe wants to focus on jobs, education, pro-economic growth and crime, and not to become distracted by petty political name calling.

According to Rowe, if she is elected to represent her district, she will, “…look under every rock to find opportunities for job growth in the rural communities…If I am elected to represent the people of District 13, I want to work on jobs, economic development and reducing crime.”

Because of her background in law-enforcement, she is concerned that some in Montgomery are going soft on criminals. She is very concerned that the State remain tough on crime:

“I am concerned about the new sentencing guidelines and want to see us remain tough on criminals…In our counties we are see a resurgence of terrible drugs like heroin, which I thought we would never see…now is not the time to go soft, there must be repercussions for bad behavior.”

Rowe says she will work tirelessly for the people of her district. They will see a public servant who fights for the people and refuses to lay down for the special interests.