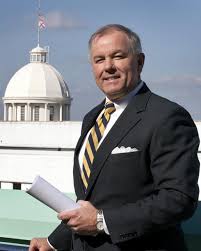 According to the statement of facts in former Representative Greg Wren’s plea deal, before he “accept[ed]” responsibility for his actions,” Wren made a “materially false statement” to law enforcement officials.

The plea deal outlines a narrative of events leading to the convicted Representative being questioned by “prosecutors and investigators of the Special Prosecutions Division of the Alabama Attorney General’s Office.”

When this occurred, and the Montgomery native was asked where he had received the confidential Medicaid documents that he would eventually provide to a private company for which he worked, he told law enforcement officials that not only were the documents “publicly available,” he claimed that “he had obtained them from the Internet when, in fact, he had obtained them from LFO.”

“On February 13, 2014, Wren was questioned by prosecutors and investigators of the Special Prosecutions Division of the Alabama Attorney General’s office,” the plea deal stipulates.

“Upon further reflection, and after consultation with counsel, Wren decided to accept responsibility for his actions and provide truthful information to the State.”

Representative Wren had been receiving $8,000 a month from RxAlly, a pharmaceutical company whose membership would have financially benefited from a review of the confidential medicaid documents. The documents outlined inside information on pharmacy benefit managers, a key part of the health care network in the state.

After the company’s review of the documents, language was added to the 2013 General Fund Budget while in conference committee that gave exclusive rights to certain prescription drug contracts under medicaid programs.

According to the agreement, this language – a total of just 23 words – was introduced by Representative Wren, endorsed by the Speaker of the House, and approved of by members of the leadership.

A full outline of Wren’s actions leading up to his arrest and conviction, as well as the language inserted into the budget, can be seen here.

In-depth on Speaker Hubbard’s role in the plea deal, as well as his video comments on the matter, can be seen here. The Speaker was the only other person mentioned by name in the plea agreement.

Ultimately, Greg Wren plead guilty to only a misdemeanor charge of using his public office for personal gain in exchange of a waiver of his fifth amendment rights in the matter, receiving a twelve month suspended sentence, along with probation, and $24,000 restitution payment order, to be paid to the General Fund Budget.

Wren is slated to testify before the ongoing Special Grand Jury in Lee County if and whenever he is asked to.