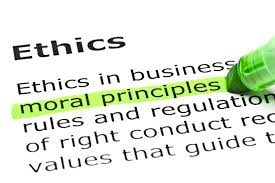 MONTGOMERY – In a recent interview, Director of the Alabama Ethics Commission Jim Sumner says the agency has garnered undue criticism in regard to their role – or lack thereof – in investigating public corruption allegations surrounding Speaker of the House Mike Hubbard. This criticism, Sumner says, is unfounded because the Ethics Commission never had knowledge of the accusations against Hubbard and never received a complaint on the issue.

As Alabama Political Reporter has covered extensively, however, Sumner and the Commission were well aware of questionable actions taken by the Speaker, particularly in relation to monopolizing language added to the medicaid section of the 2013 General Fund budget, even as they were occurring. In addition, APR published in full a 204-page ethics complaint against the Speaker dated December of last year that was properly filed with Sumner and the Ethics Commission. However, Sumner had this to say in his interview;

“We never had any knowledge of many of the things that are being alleged… we never had a complaint,” Sumner said in the interview. “So the critics can certainly take whatever criticism they want of that, but first for some agency to be able to do something, that have to know something. And we have always operated based on the information we knew at the time. I won’t go beyond that, but that should go a long way toward answering the critics.”

One of the main facts disseminating from the grand jury investigation – through court documents in the criminal cases of both Rep. Barry Moore and former Rep. Greg Wren, R-Montgomery – is that Speaker Hubbard “endorsed” language inserted into the 2013 budget that would have provided a monopoly on most Medicaid prescriptions to APCI, a pharmaceutical co-op for which worked as a consultant, receiving an undisclosed amount of compensation monthly.

Speaker Mike Hubbard himself has admitted that though he knew “walking into the chamber” that the budget he was about to vote for – over a dozen times – contained that language benefiting a group from which he received a paycheck, it was only after that he claims he visited Jim Sumner at the Alabama Ethics Commission, to be sure he did not do “anything wrong.” Sumner, though, apparently may not recall the event, or at least not consider it important, as now says he did not know of such actions by the Speaker.

Indeed, in an interview with APR, Director Sumner said that though he knew of Hubbard’s contract with APCI, he had neither seen or asked to see the agreement, approving it off hand.

As for Sumner’s second claim that “we [the Ethics Commission] never had a complaint,” APR has published the entire text of an over two hundred page ethics complaint filed particularly against Speaker Mike Hubbard outlining not only the language inserted into the Medicaid portion of the budget, but excessive funds being funneled into Hubbard business interests, and much else, all of which has been reported here on APR.

The full text of the December 2013 Ethics Commission complaint can be seen here.

Sumner’s comments on Speaker Hubbard’s contract with APCI can be heard here.